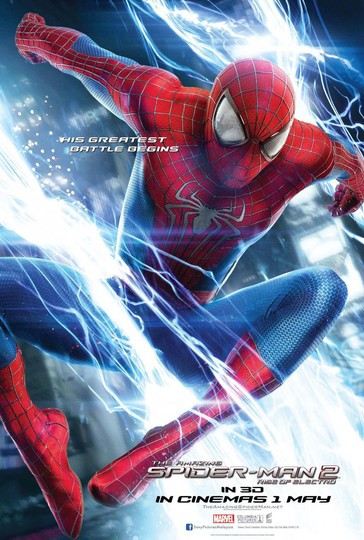 ﻿Synopsis﻿
We’ve always known that Spider-Man’s most important battle has been within himself: the struggle between the ordinary obligations of Peter Parker and the extraordinary responsibilities of Spider-Man. But in The Amazing Spider-Man 2, Peter Parker finds that a greater conflict lies ahead.

It’s great to be Spider-Man (Andrew Garfield).  For Peter Parker, there’s no feeling quite like swinging between skyscrapers, embracing being the hero, and spending time with Gwen (Emma Stone).  But being Spider-Man comes at a price: only Spider-Man can protect his fellow New Yorkers from the formidable villains that threaten the city.  With the emergence of Electro (Jamie Foxx), Peter must confront a foe far more powerful than he. And as his old friend, Harry Osborn (Dane DeHaan), returns, Peter comes to realize that all of his enemies have one thing in common: OsCorp.
The gene mutation is always the essence of this superhero series.
Need not to say, Electro was caused by…. Gene Mutation. 😉
I love the battle between Spider-man and Electro.
It triggered the audience with lots of breathtaking fights.
However, I felt sorry to Electro,
he didn’t want to be a bad guy actually,
what he demands is caring from people.
He doesn’t mean to hurt anyone.

But, personally think that the battle ended with a hasty manner.
even though, the fight between them is thrilling. 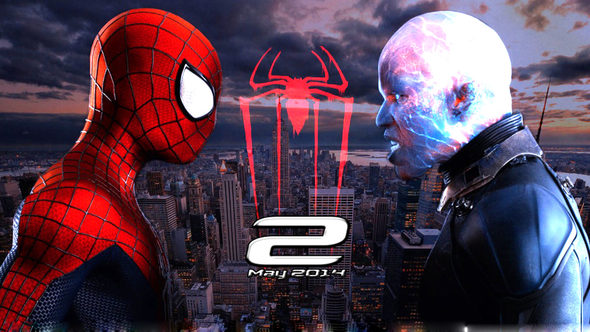 The return of Harry, Peter’s old friend, who eventually become the Green Goblin,
make the movie’s plot more complex.
Correct me if I am wrong,
I didn’t remember the first episode; even the current one, mentioned the Osborn’s disease.
Thus, I am kinda blurred on it.
And finally, Peter revealed the mystery why his parents left him.
I wonder does we really build a site without anyone know in real life?
And it’s still function after 20 years?
Where does the electrical supply come from?

At a glance,
The Amazing Spiderman 2 is really amazing.
A Marvel’s/Spider-man fan shouldn’t miss this.
If you have watched the first episode,
how can you miss this?
The storyline is better.
I can’t wait for the release of The Amazing Spiderman 3…
Today is the first day on cinema,
faster grab your ticket and enjoy the moment with superhero. =D