Share
Tweet
Share
Pin
Share
Both of me and Danny love any type of cuisine, but we both are not into Korean Cuisine. We don’t like kimchi and the sauces. Thus, we only went for Korean restaurant once. Recently, we were invited to a food review at Mr. Dakgalbi. Rejected it when I was told it is a Korean food restaurant. However, my friend told me to go for a trial because it is totally different from what I know about Korean food, except the kimchi and Korean BBQ cuisine. 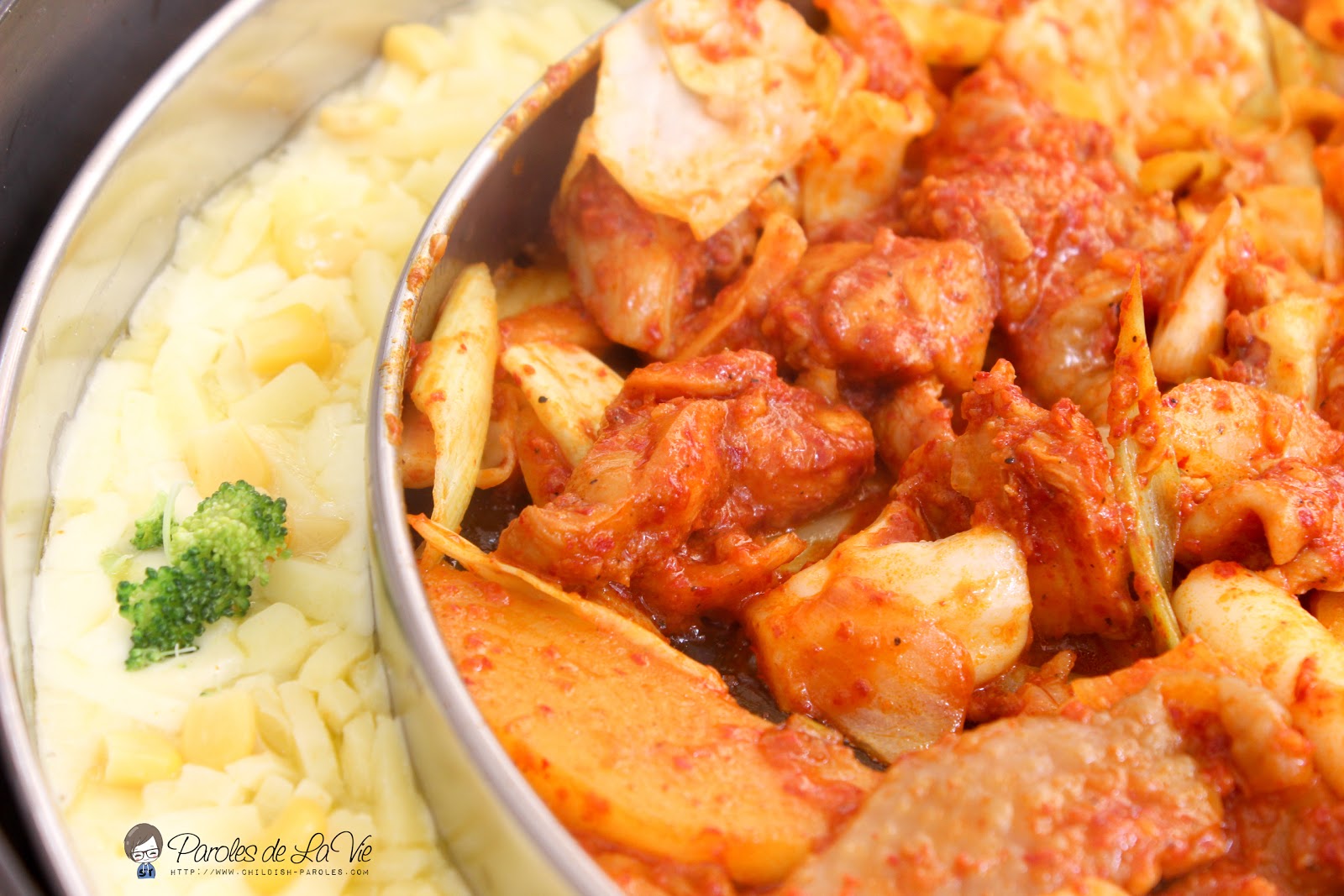 Undeniably, it consumed some time to find the actual location and if you know Sri Petaling area, it is always packed and full of double parking. Thus, parking could be a problem. If you want to dine in here, it is advisable to practice carpooling. Mr. Dakgalbi Sri Petaling branch is located at the new shop lot. Hence, the population is still growing up. However, because of that, it is a quiet area whereby you can truly enjoy your meal. There is corner where Mr. Dakgalbi placed some Korean artists decoration. If you are CNBlue fans, you might love those decorations a lot too. 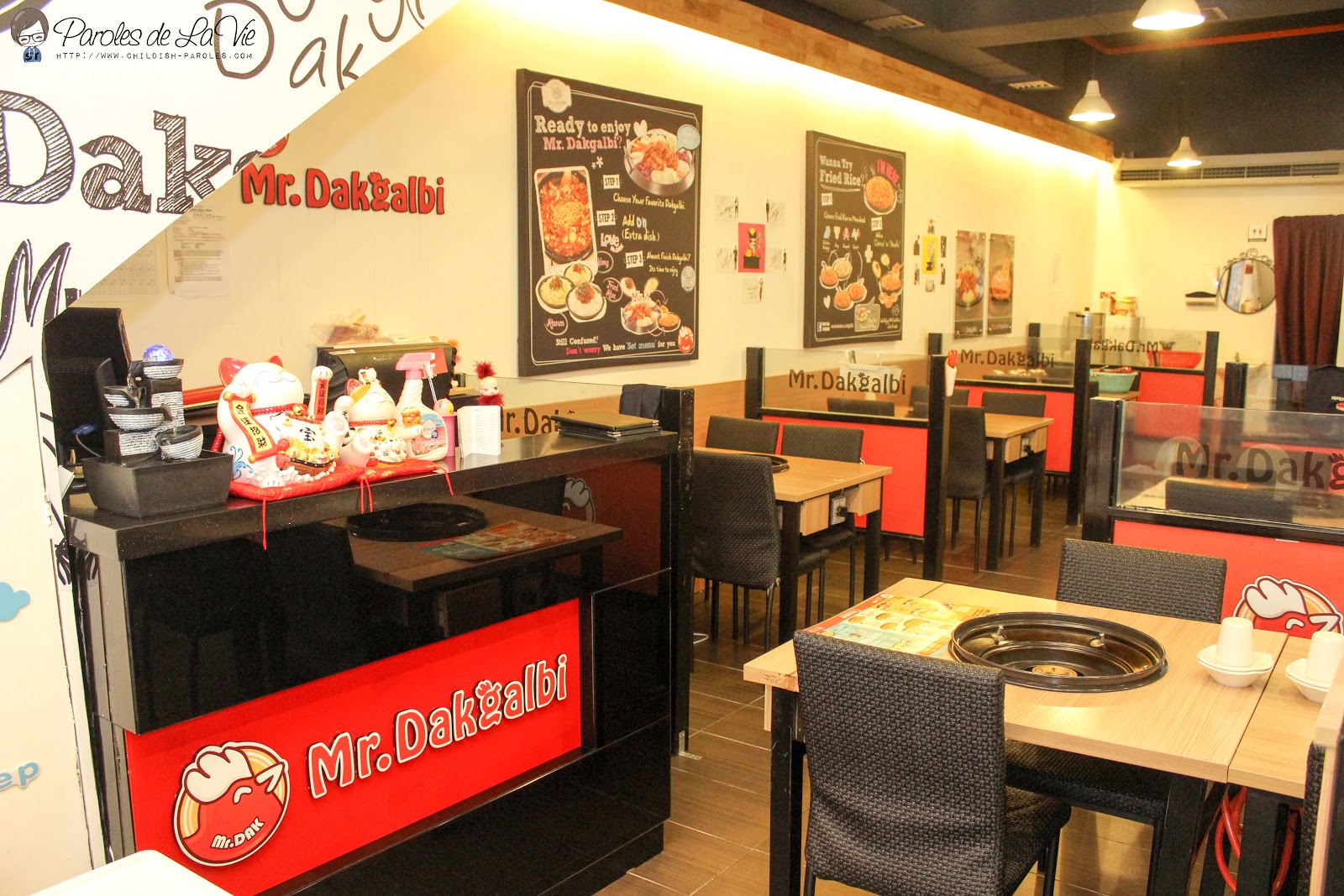 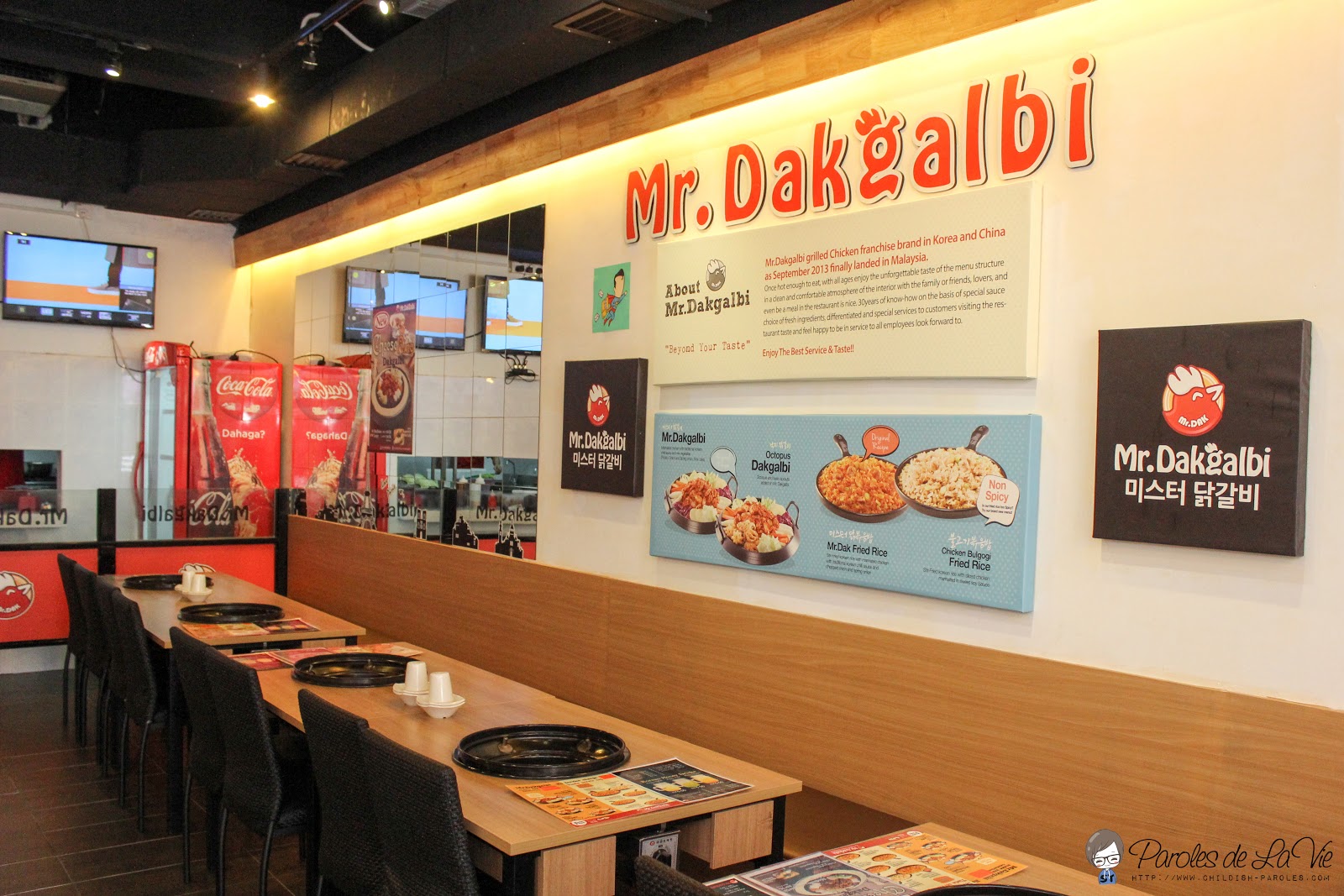 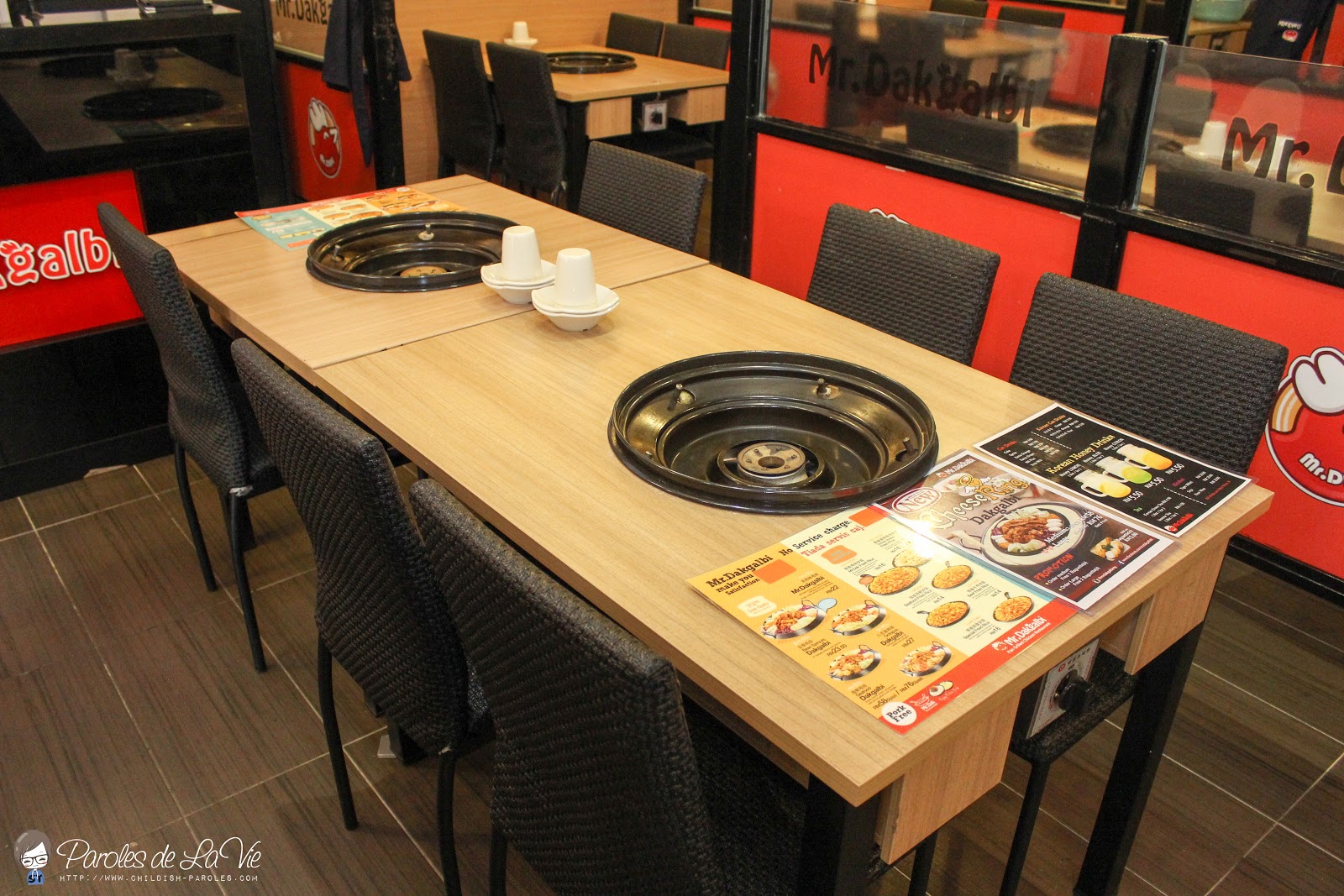 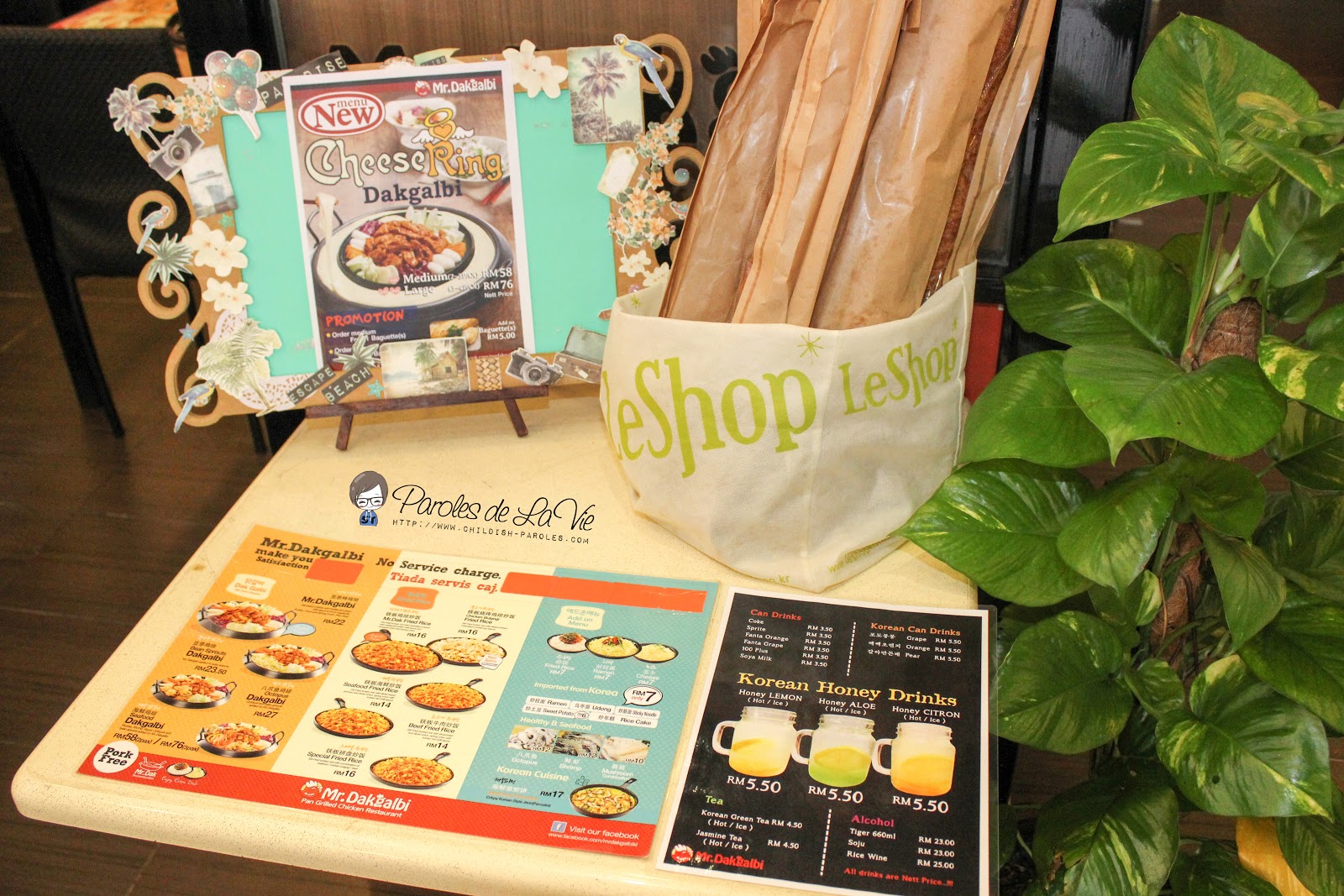 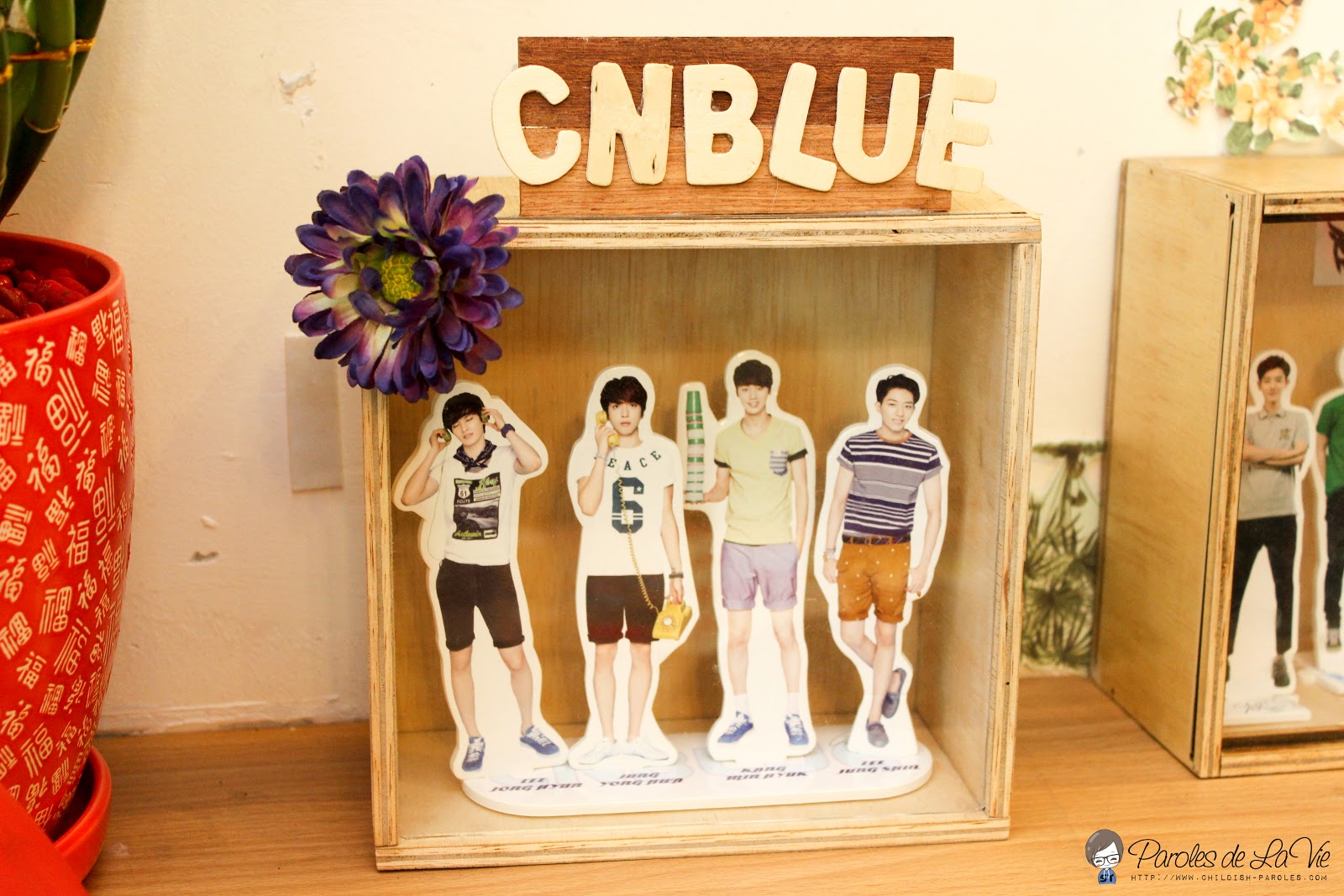 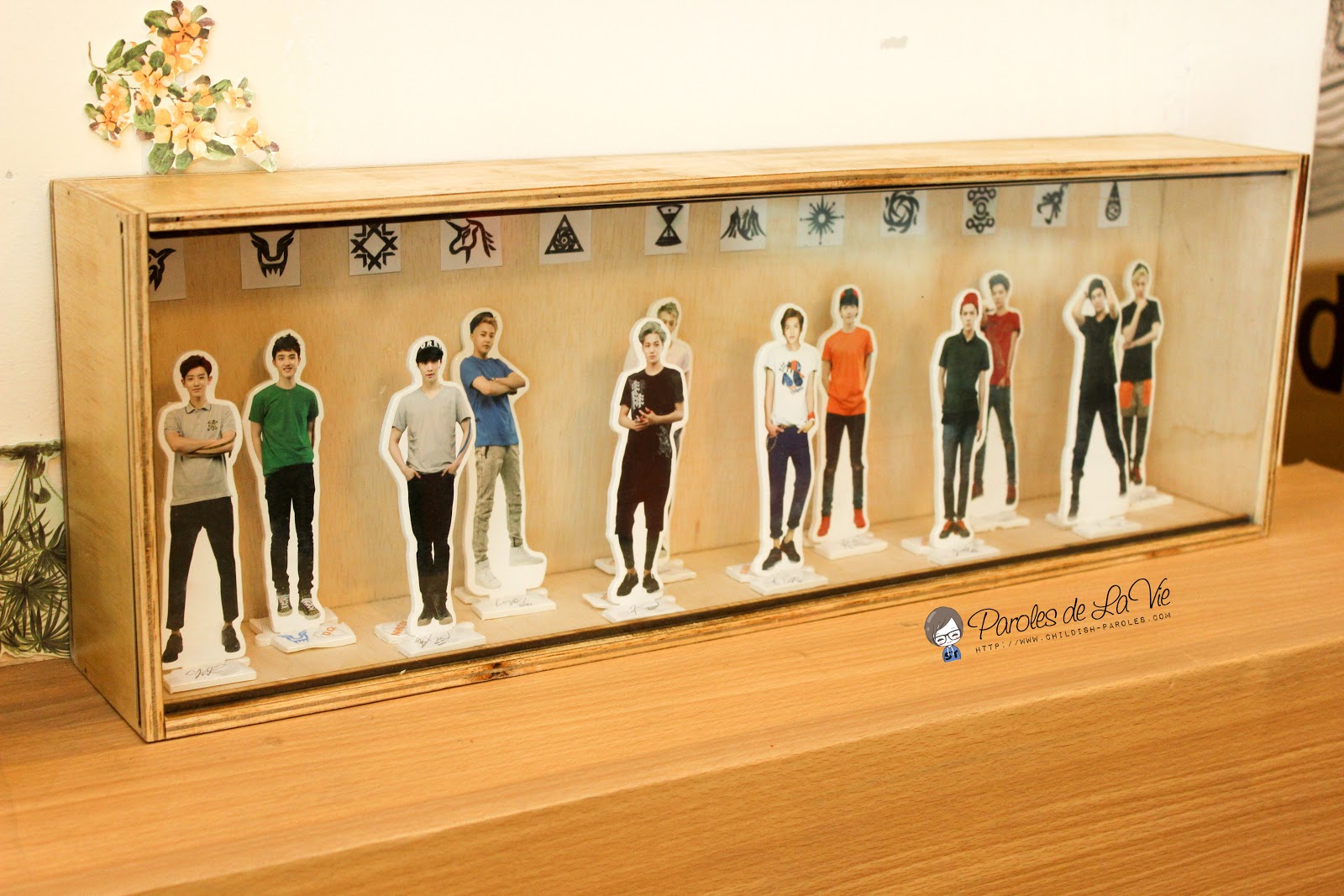 Before I go into the food, let’s have a brief introduction about Mr. Dakgalbi. Before this food tasting, neither me or Danny knows “dak galbi”. It refers to a kind of Korean dish which generally made by stir-frying marinated diced chicken in a gochujang (chili pepper paste) based sauce and sliced cabbage, sweet potato, scallions, onions and perilla leaves. Therefore, in Mr. Dakgalbi, it is all about “dak galbi”, serving together with ramen or rice. FYI, Their menu has few recommended sets for diners, depending on how many people in your group. 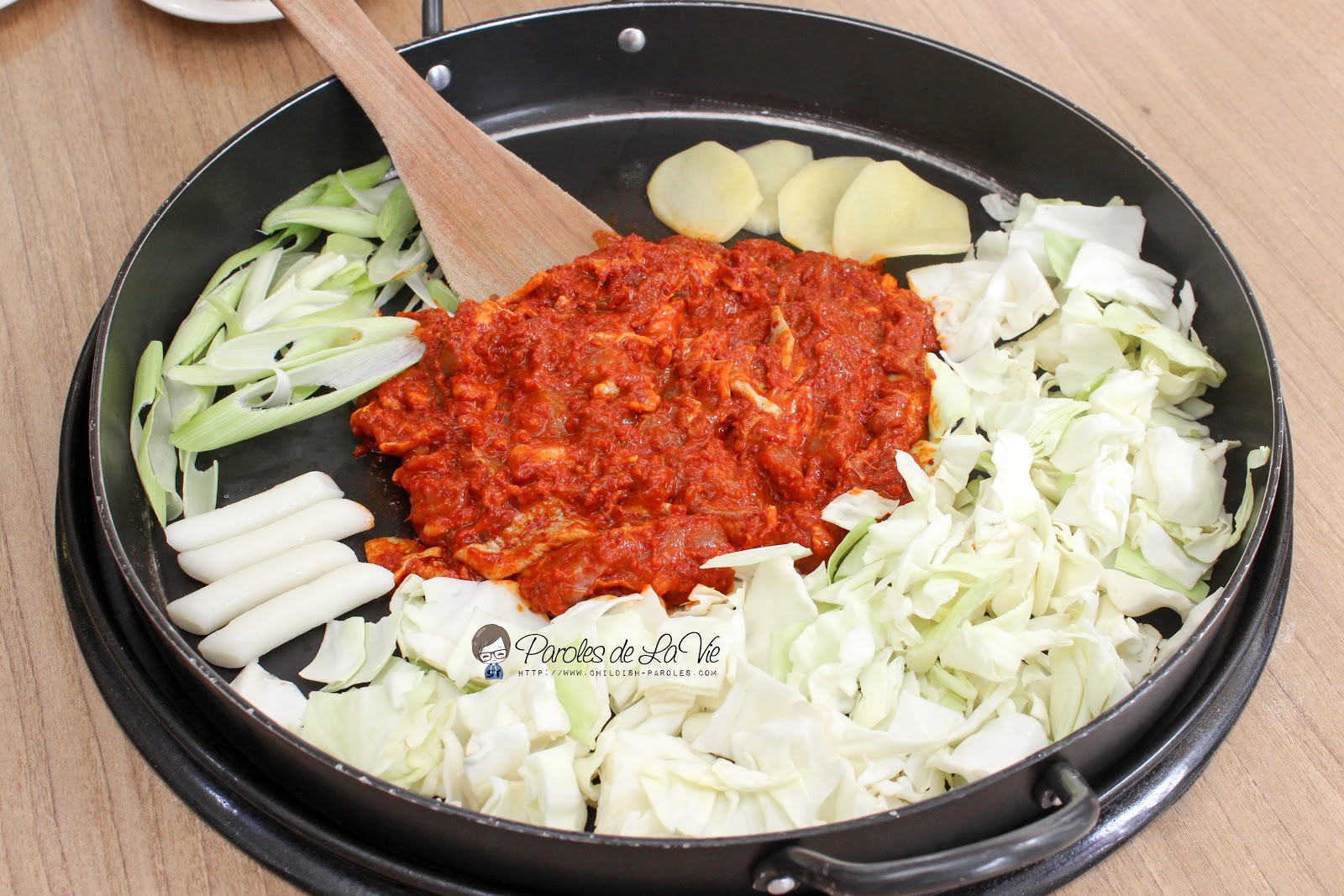 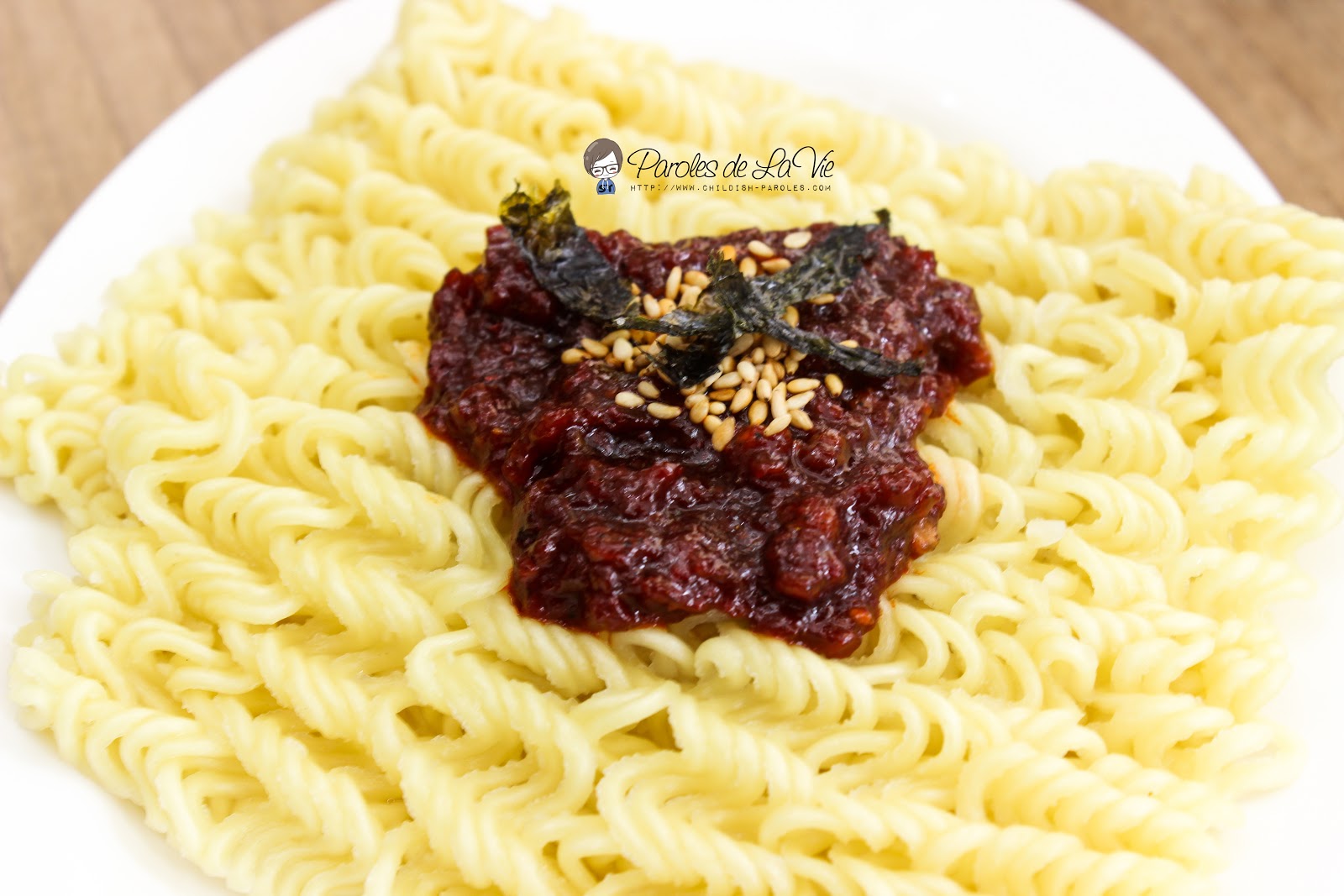 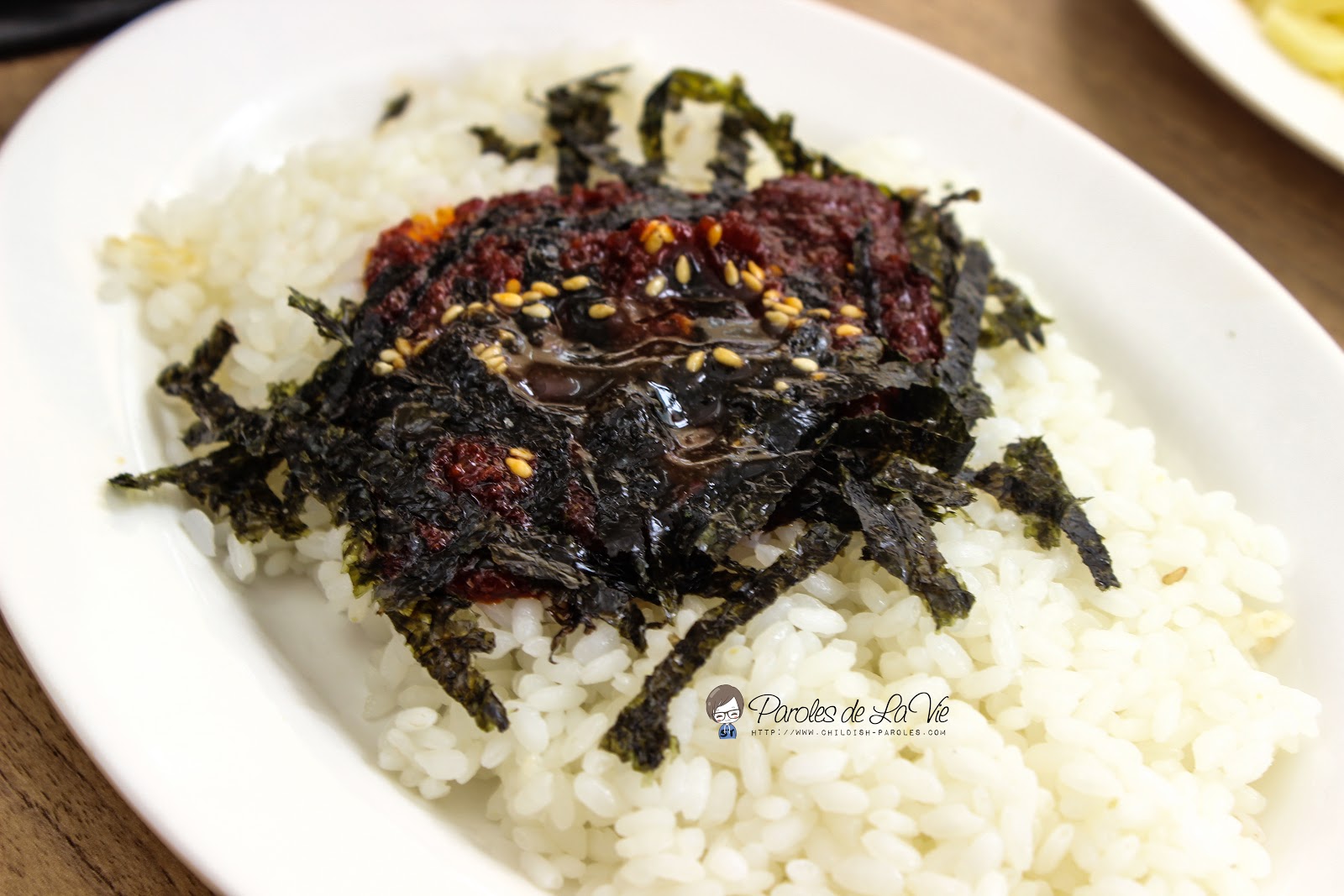 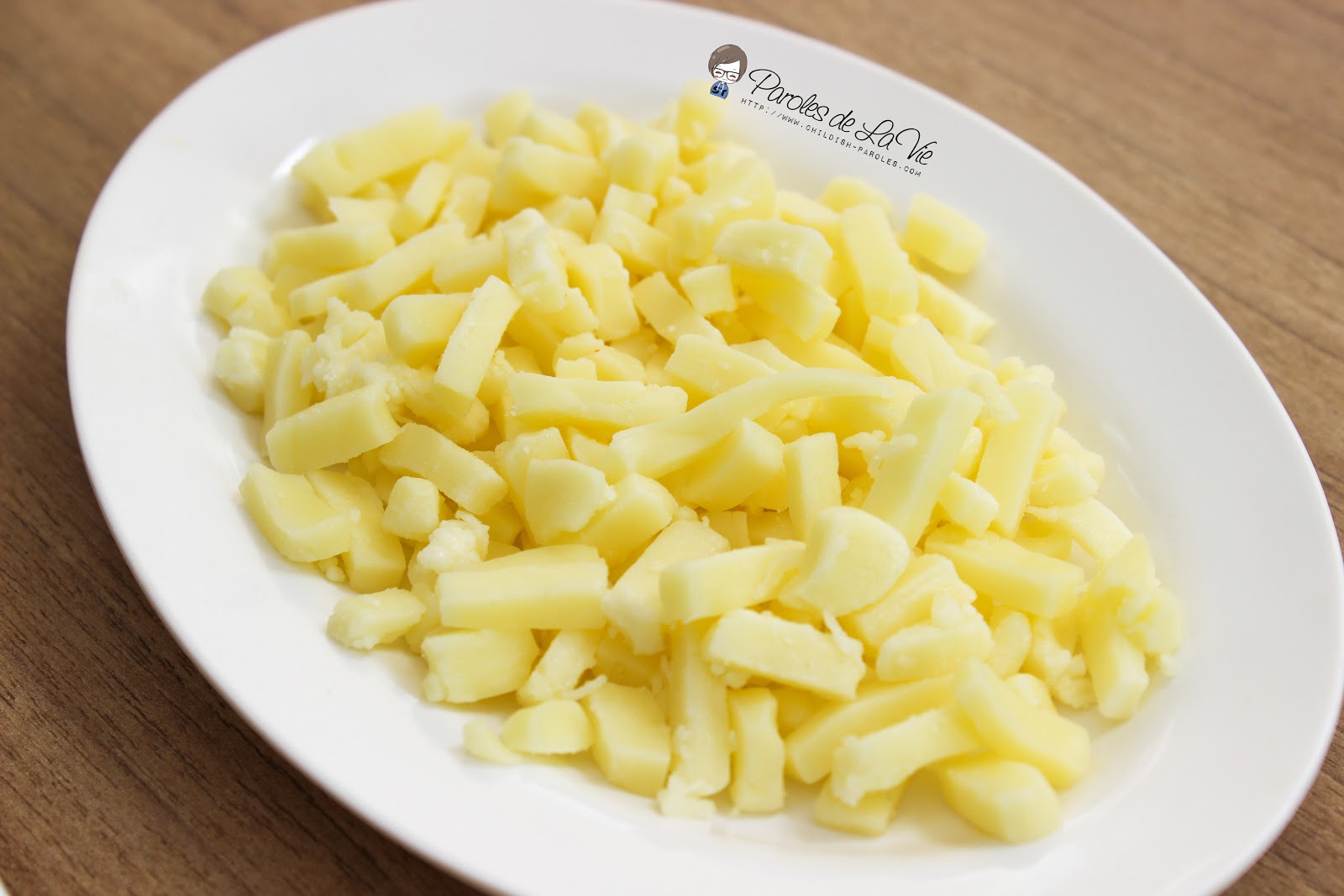 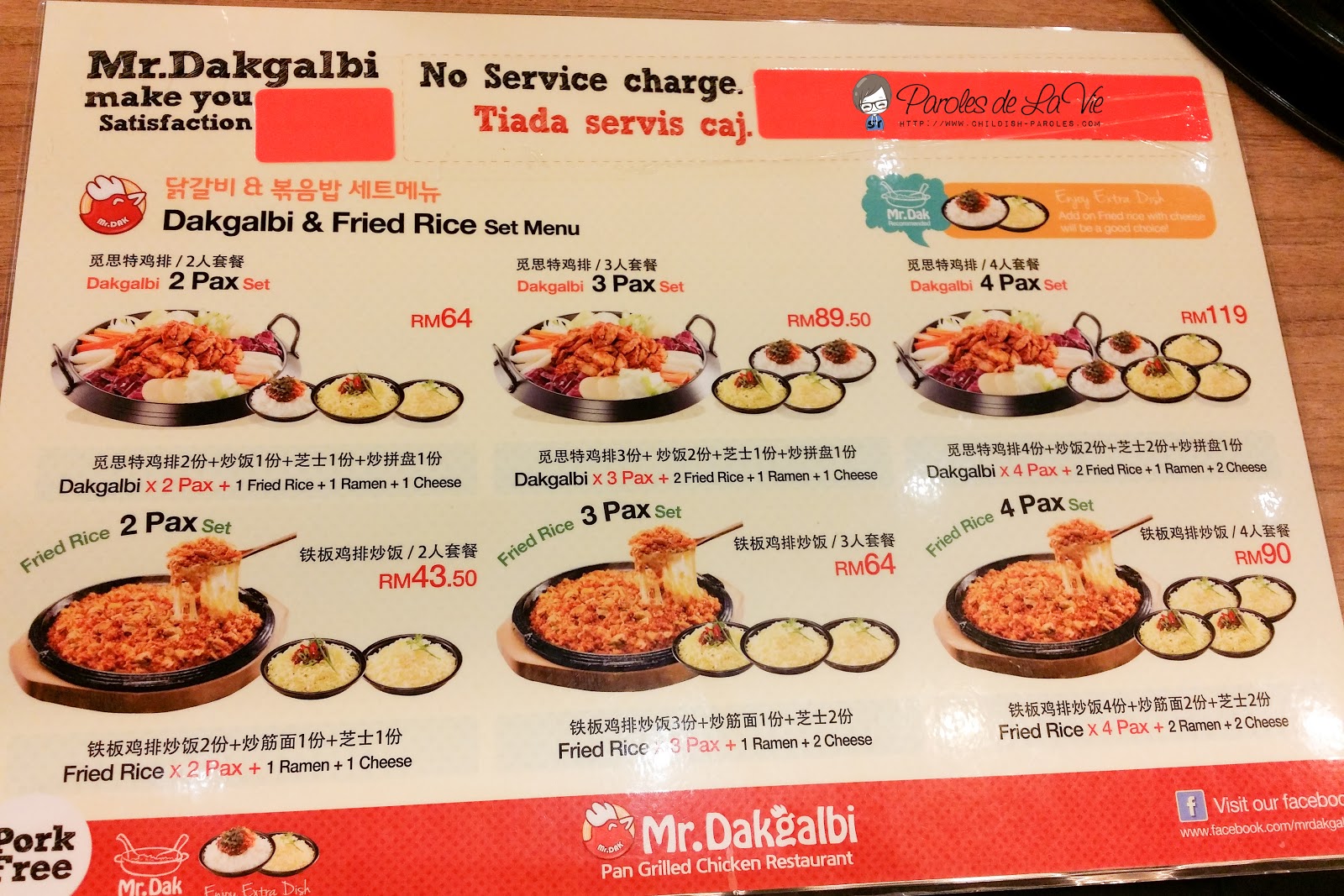 First, we had Dakgalbi Set for two. The set including dakgalbi, rice, ramen and cheese. If you are like us, hearing this dish the first time, here are some “steps” about this dish. Generally, the crew will assist in stir-frying the dish, unless you insist in to do that yourself. They will first stir-fry the dak galbi, and then add in the ramen. Since dakgalbi’s original sauce is chili based, it was hot and spicy but still acceptable for a mild spicy eater like me. The fried ramen was well-blended with the sauces and other ingredients, which was appealing and not dry when eating. However, I found it slight harder since I love eating softer noodle. 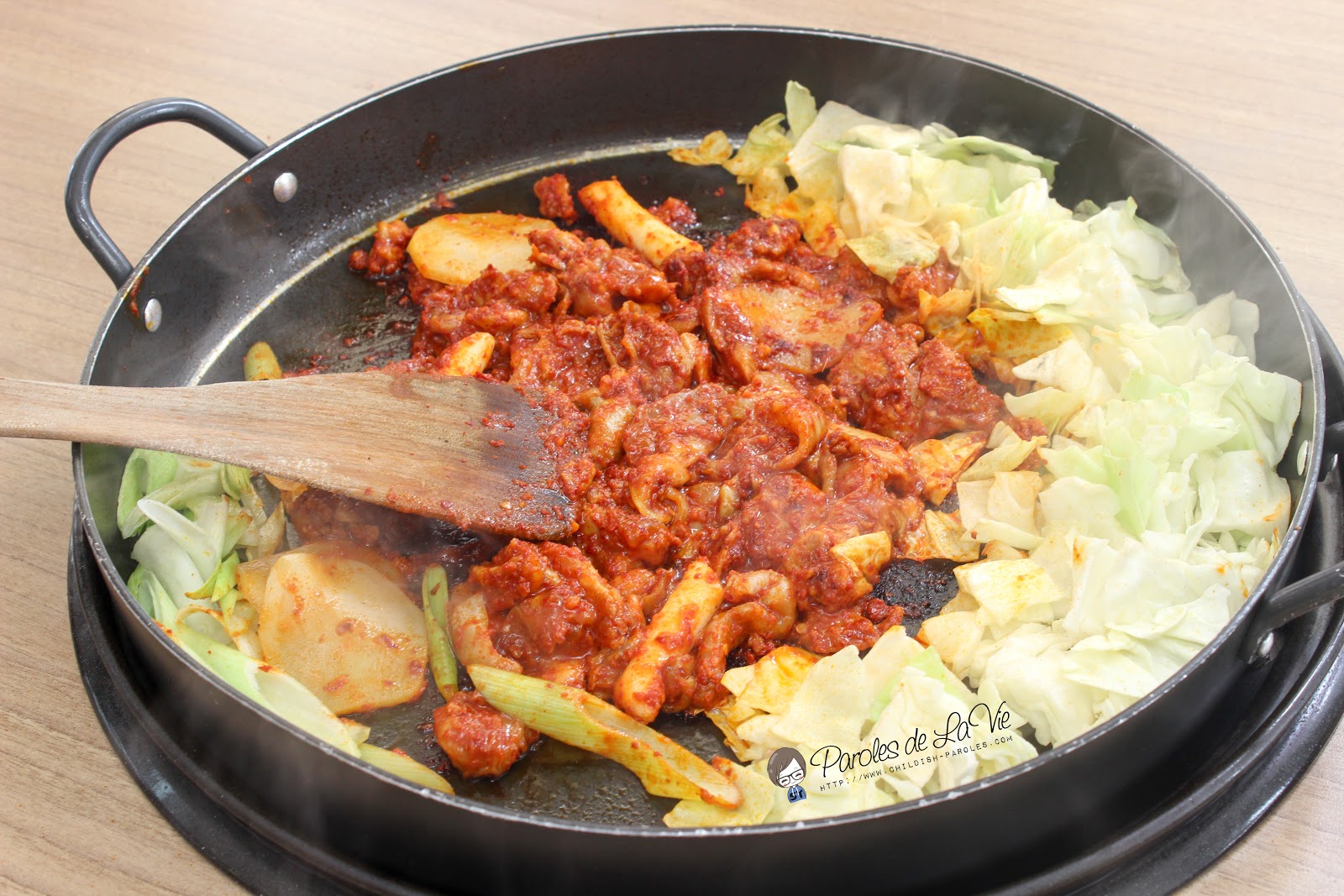 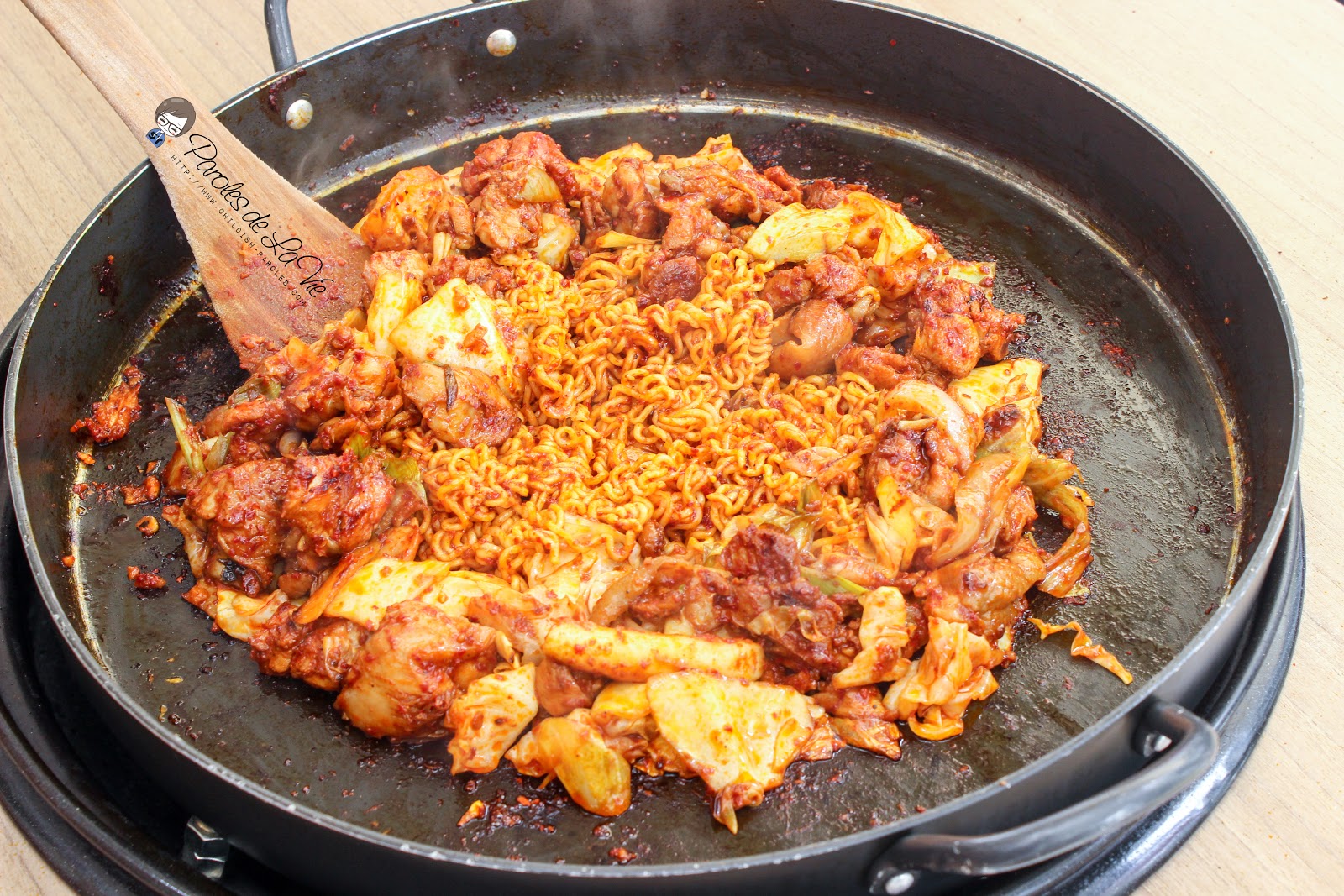 After finishing the dakgalbi fried ramen, the crew will start stir-frying the rice with the remaining dak galbi. The rice was put in the middle and cheese placed on it. Then, the crew covered the cheese with rice. It was a brilliant way to mix the rice with cheese. The rice was sweet-smelling, it was cheesy since it was mixed with cheese. Honestly speaking, I love this fried rice a lot because of the cheese! 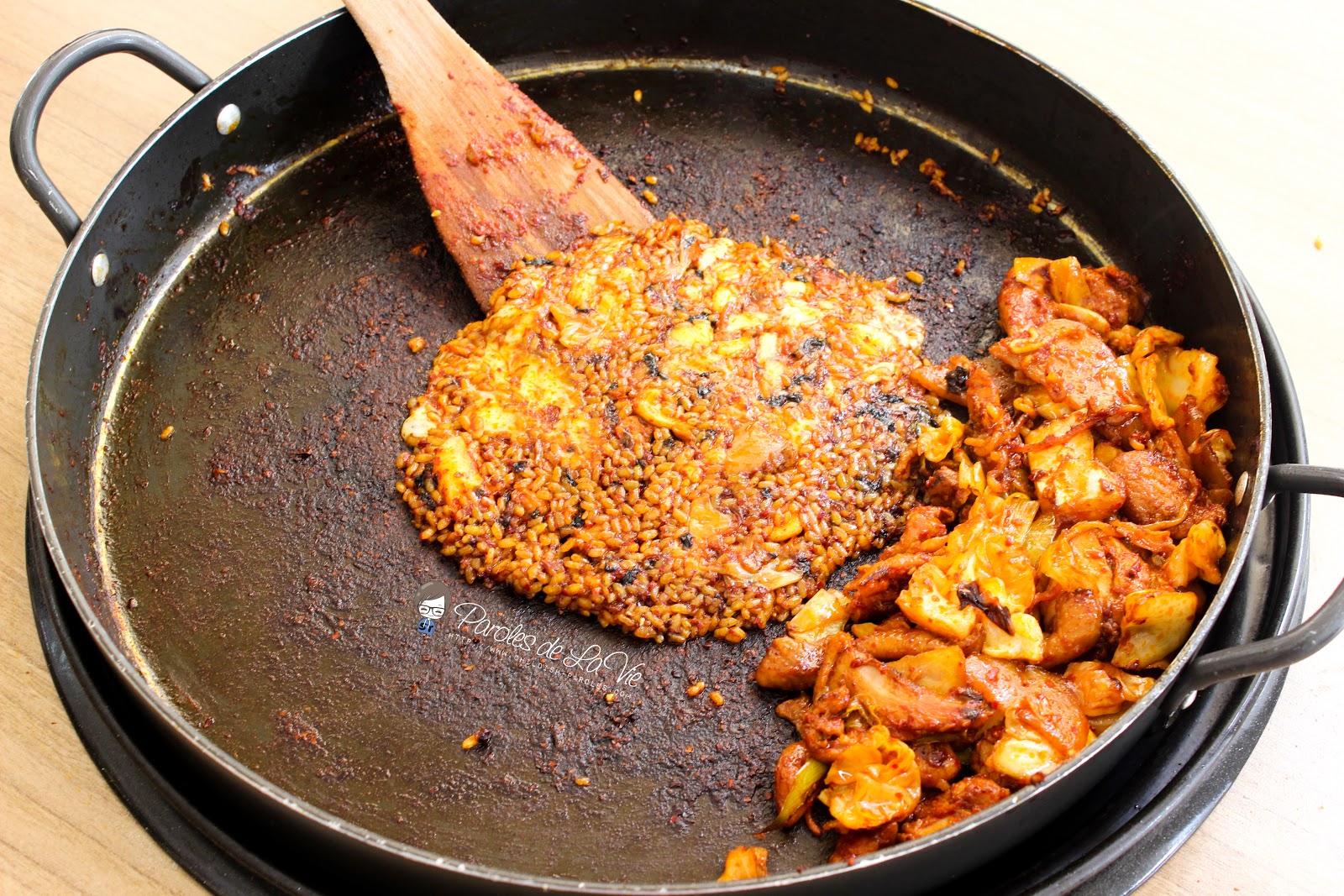 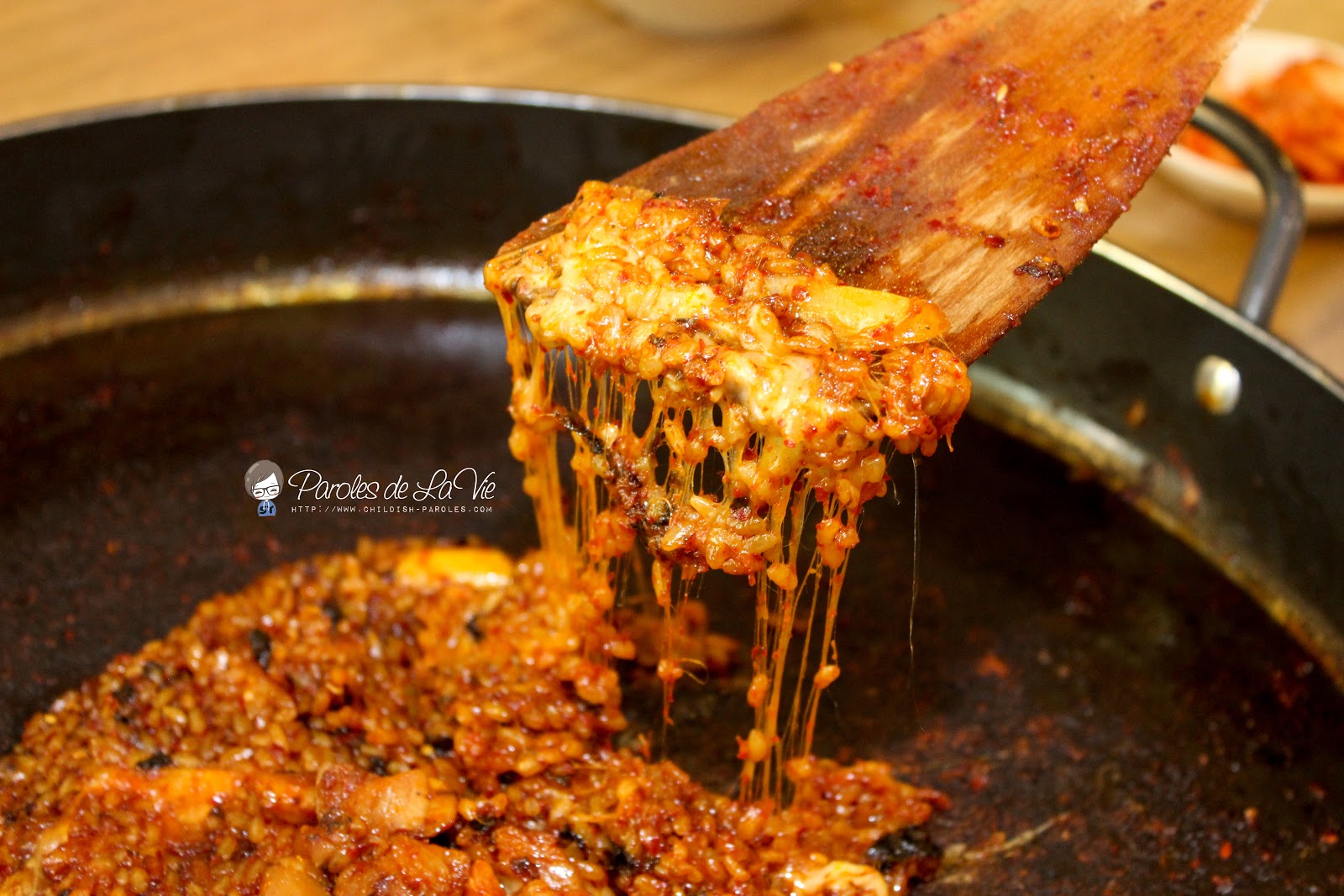 Coming next, we were introduced to their new menu –  Cheese Ring Dakgalbi! This is the MUST TRY when dining in Mr. Dakgalbi from now on. The cheese Mr. Dakgalbi used were cheddar and mozzarella cheese. They are still collecting feedback from diners so that they can improve this delightful dish. The dak galbi’s ingredient is still same, just that it was served with cheese and baguette. For me, it is more like a snack instead of main course. 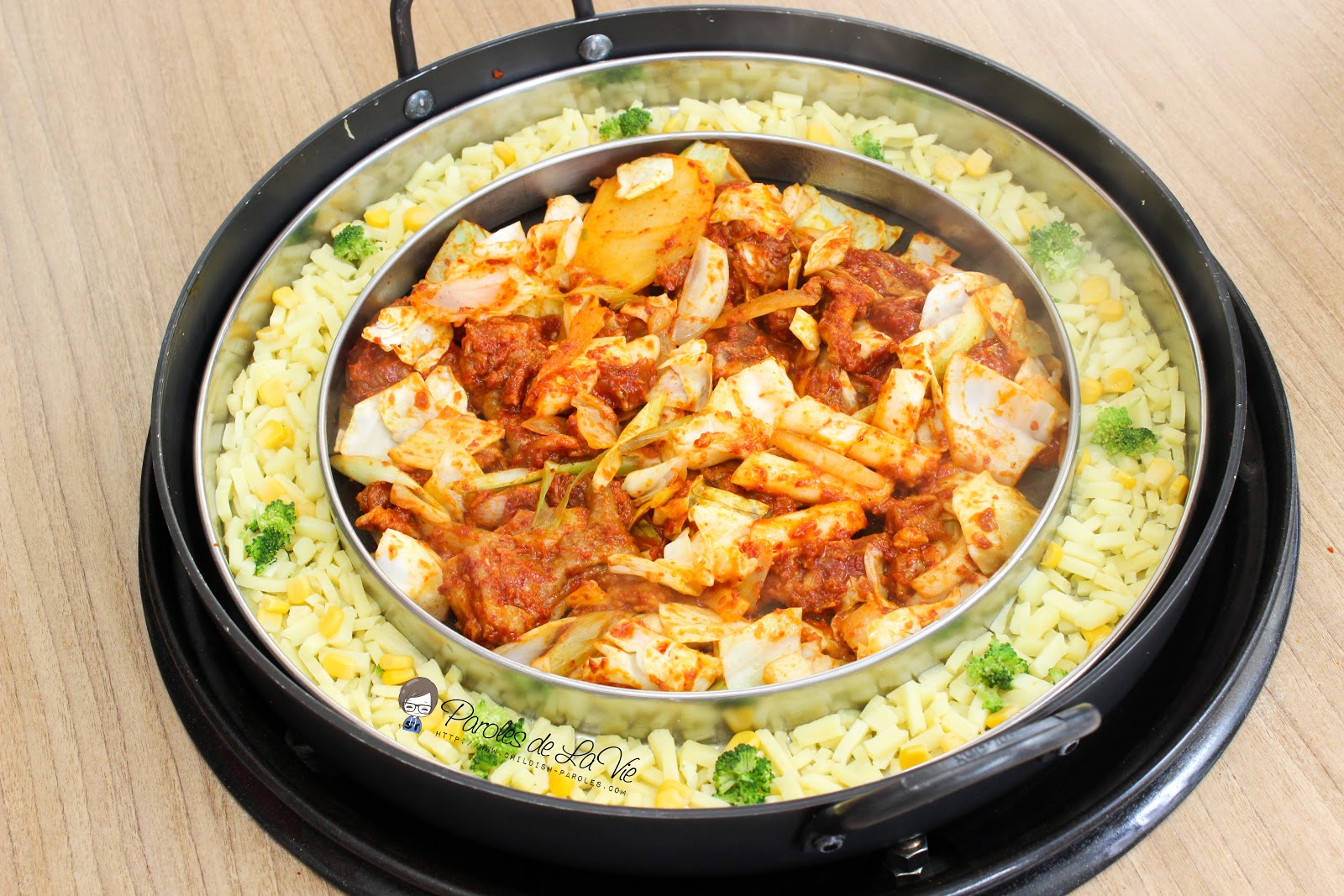 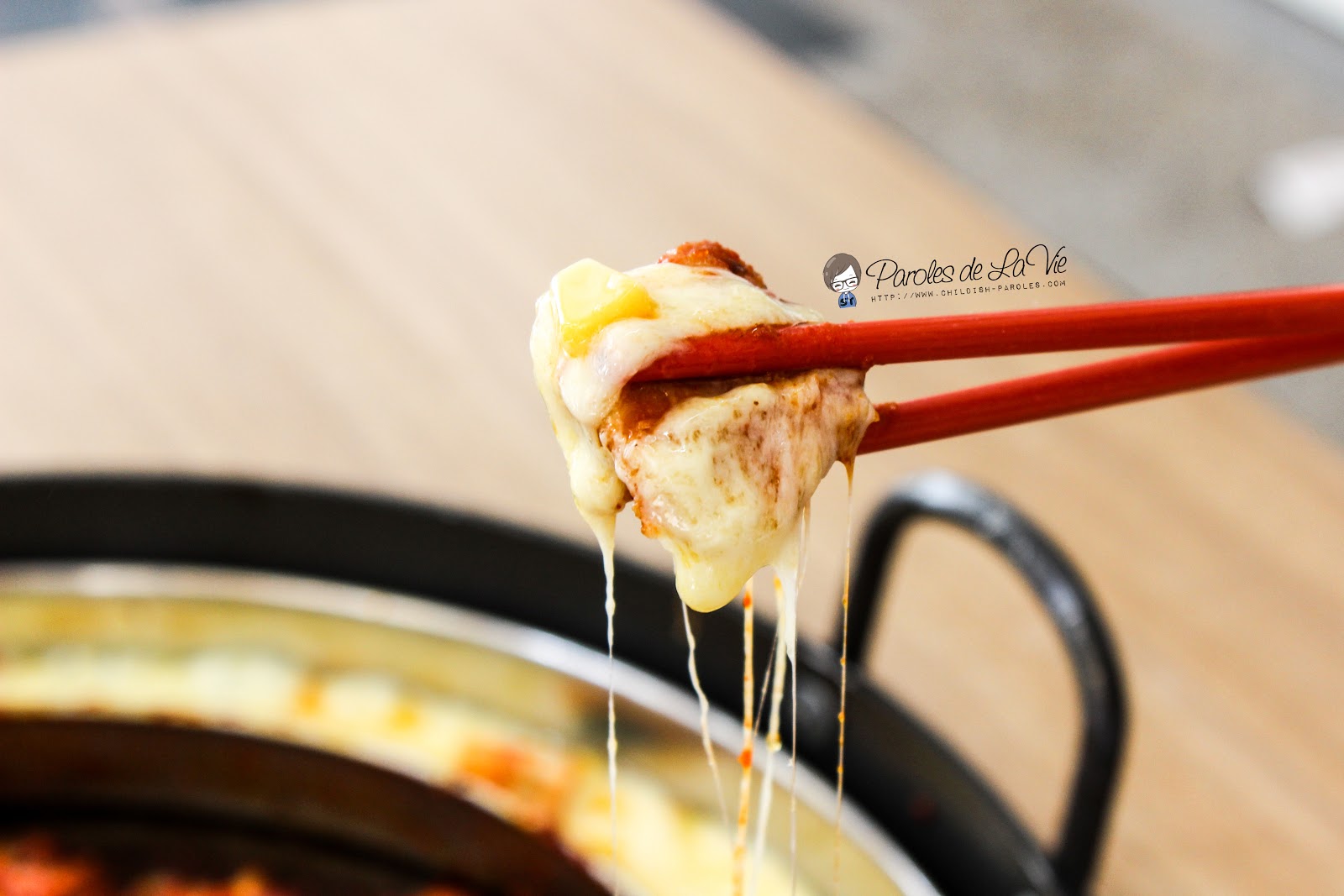 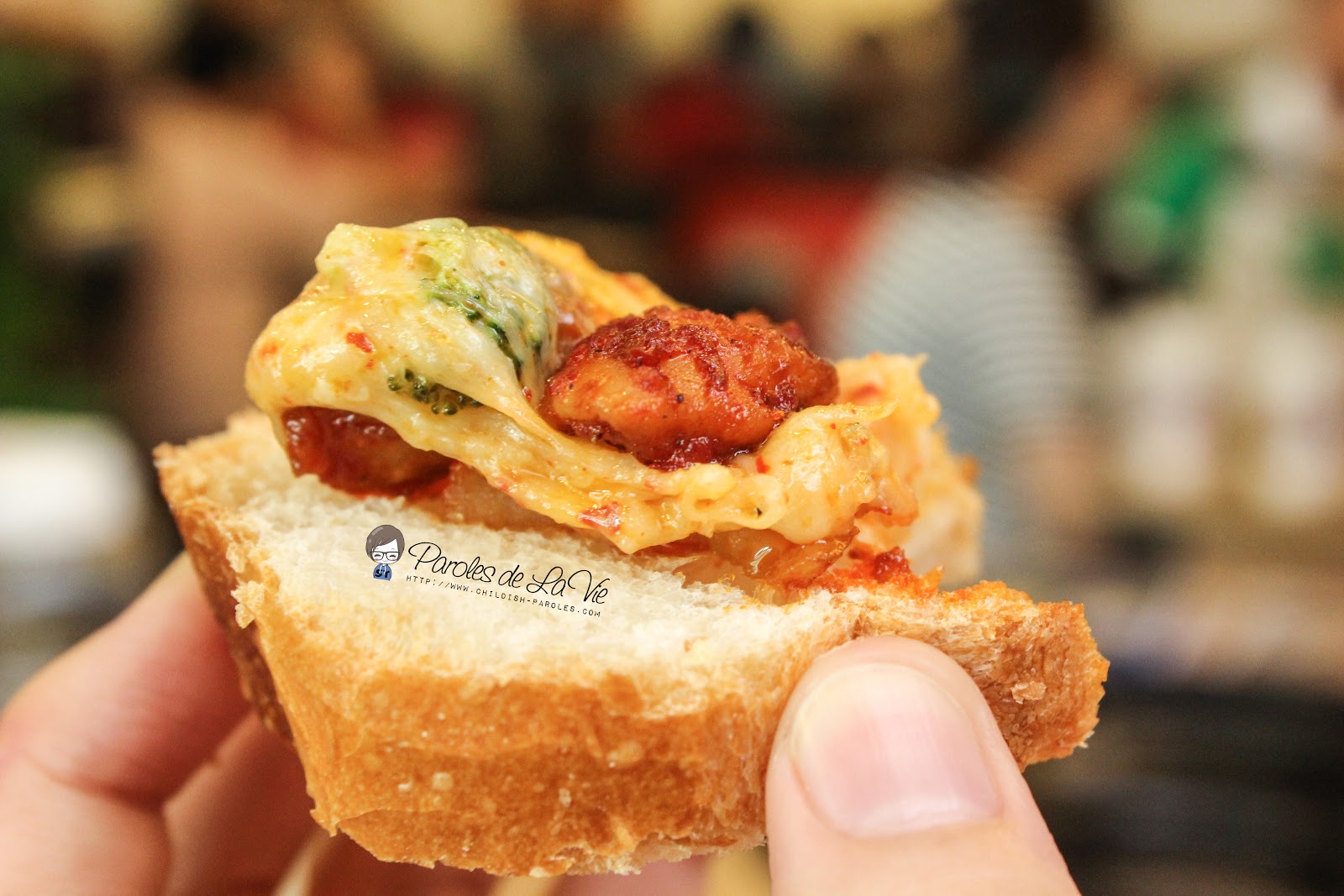 All in all, eventually Danny and I found our favorite Korean dish which is dak galbi! Wow. So, if any of you would like to treat us Korean food, let’s go to Mr. Dakgalbi. BTW, as mentioned, the chicken was marinated with child sauce, so original dak galbi is spicy. However, Mr. Dakgalbi has come out with non-spicy version so that even non-spicy eater can try their delicious dishes. Grab few friends and go to Mr. Dakgalbi now! If Sri Petaling is far from your location, you may go to their other outlets at Citta Mall/PV128 Setapak/Setiawalk/Solaris Mon’t Kiara.
Mr. Dakgalbi
Address: 12, Jalan Radin Bagus 9, Bandar Baru Sri Petaling, 57000 Kuala Lumpur.
Business Hours: 11am – 11pm Daily
Tel: 03-74979786
Facebook: Mr. Dakgalbi