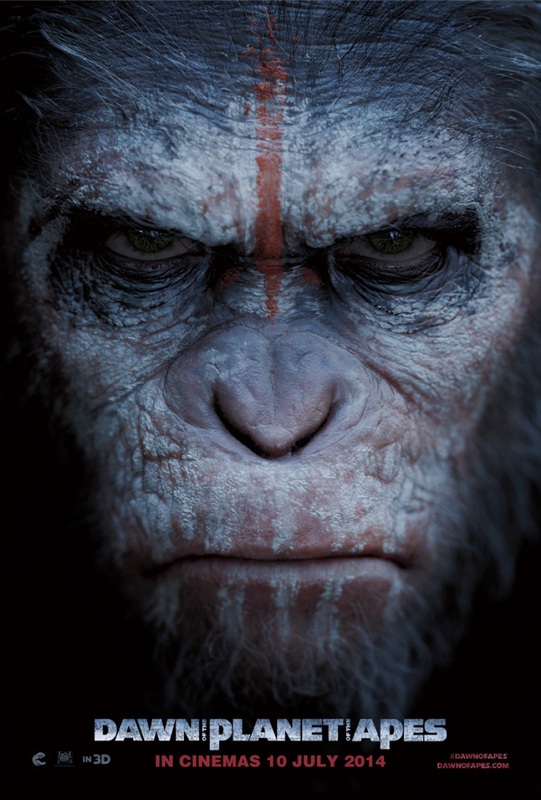 Synopsis
A growing nation of genetically evolved apes led by Caesar is threatened by a band of human survivors of the devastating virus unleashed a decade earlier. They reach a fragile peace, but it proves short-lived, as both sides are brought to the brink of a war that will determine who will emerge as Earth’s dominant species.
First, I will highly recommend you to watch Rise of the Planet of the Apes before watching Dawn of Apes.
Undoubtedly, ‘Dawn’ is the part 2 of ‘Rise’.
It makes more sense to you if you have watched the first part.

In ‘Rise’, Caesar was the hero who saved his kinds and built their own home in Northern California forest.
The emotions are simple, yet touched audiences’ deep heart core.
While in ‘Dawn’, hero story has faded; Caesar portrayed as the leader in his group.
With his extraordinary ability, he taught his fellow apes about “home, family, future”.
He doesn’t want war, unless it is inevitable. 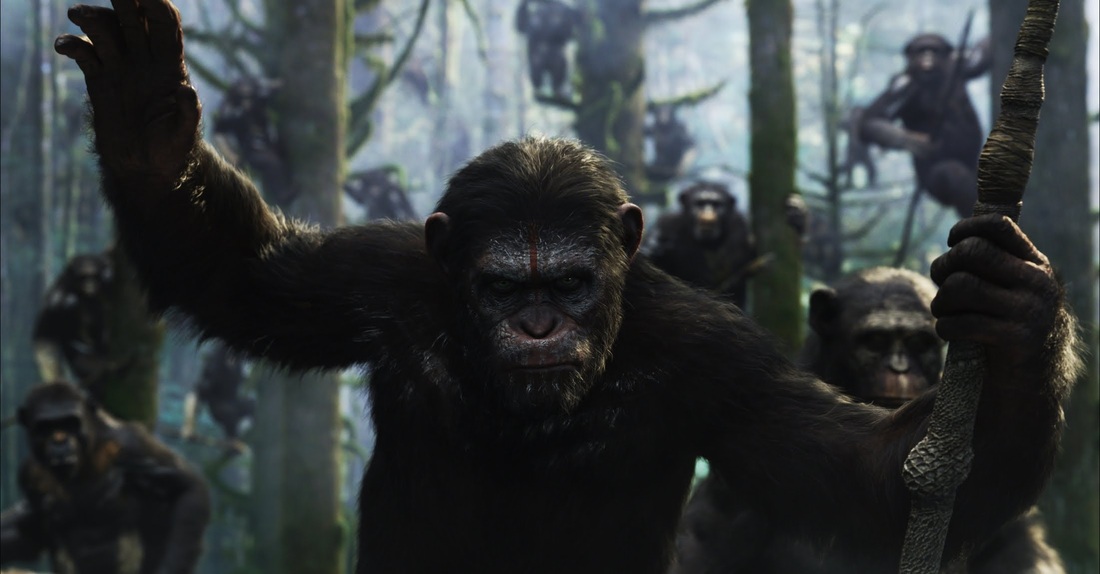 Further, ‘Dawn’ shows also political context in reality.
Always, there will be at least two parties holds two different theories.
Caesar provokes not to fight unless he needed to;
Koba, initially followed Caesar, then betrayed Caesar because Koba believes fight the enemies beforehand.
I don’t say which side is right, because what they want are keeping their ape members safe.

Some characters are excess.
I have no idea why Smit-McPhee’s character is required.
He cast as Clarke’s son in ‘Dawn’; but, it makes no sense to me his son is a “must in character”.
Also, Greer starred as Caesar’s wife.
Perhaps her appearance was to show why Caesar still trust human, but no other.

Overall, ‘Dawn’ tells how Caesar trying to ensure his fellow apes stay safe from humans.
It shows his leadership and how Caesar fights back on the betrayal.
Like Caesar said, “The war has begun.”
Want to watch the war?
Find it yourself in the cinema.