I Am Sin Yee
Home English Review: 3-in-1 Smartphone Camera Clip Lens
Share
Tweet
Share
Pin
Share
Another busy day I have,
but no matter how, I will not forget to share my life with you, lovelies.
This time, I am going to share my review on my not so new toy, smartphone camera lenses kit. 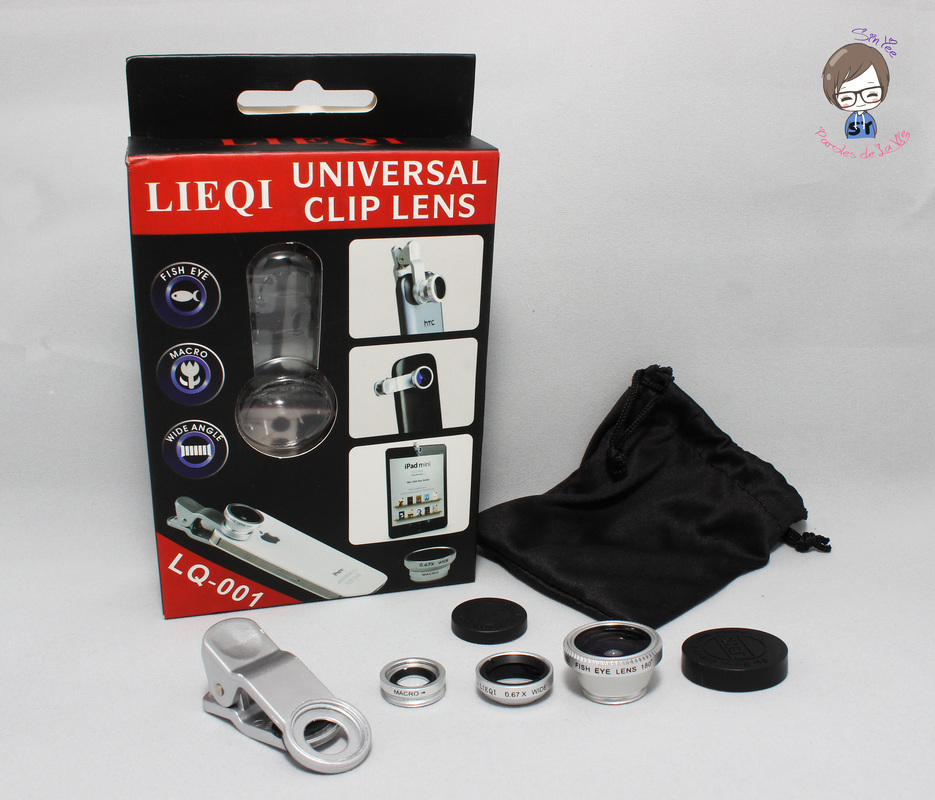 Nowadays, I think you can easily see people using this with monopod in shopping mall, restaurant, café etc.
When it first become trending in Malaysia,
the retails price is really crazily high!
But now, I think it does drop around RM40 – RM70.
Well, it seems still not as cheap as some other accessories.
I feel your pain, you definitely worry whether it worth the price.
So, I am the “genuine pig”.
Let me tell you how is this clip lens kit. 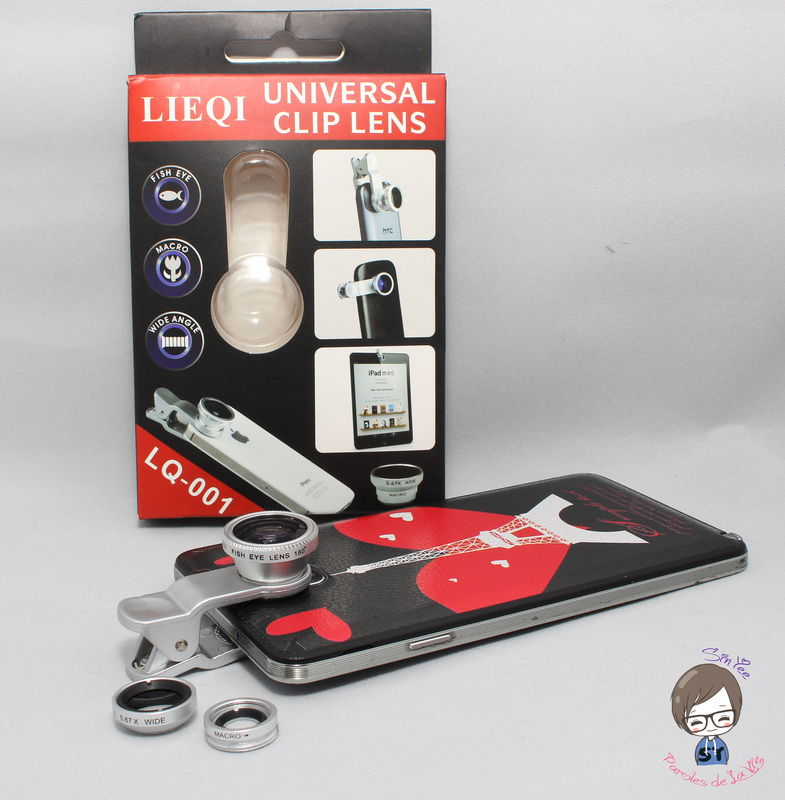 This kit includes 3 lenses; fisheye, wide-angle and macro.
Sounds like I’m soon-to-be professional photographer!
Haha! But something make me felt I has been tricked!
I think almost everyone see the similar commercial photo of the lens kit.
It showed 3 lenses like the photograph I have above.
But then, when I first opened the lens,
I only found 2! The fisheye and the wide-angle lens!
Holy! Where’s my macro lens?
I tried to search from the box, but nothing in.
So sad. But then when I read the information behind,
well… The macro lens actually attach with the wide-angle lens.
Remove the wide-angle lens only when i want to use macro lens.
OMG! It really gives me a heart attack.
Hope my experience can help in this lens missing problem. 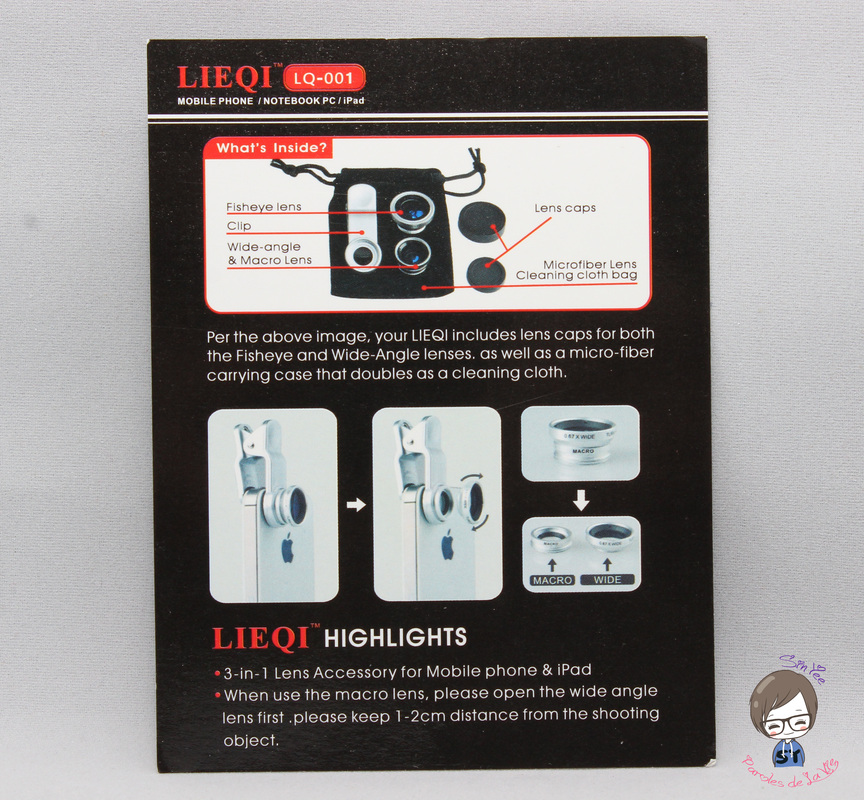 So I have figured out my lens missing issue.
Now, I will share my review on the lens one by one.

Fisheye
Fisheye lens create an illusion of extreme depth — objects close to the centre of the lens will appear huge while all other objects appear to curve off into infinity. — Hemera/Thinkstock
FYI, there are two kind of fisheye lenses: circular and full-frame.
In this clip lens kit, it is a circular fisheye lens.
In short, circular fisheye capture image in a 180° hemisphere and projected this as a circle within the film frame.

When I first started using the fisheye lens,
I have already fall for it.
Because the object in the middle is so cute!
The image produced from this fisheye lens is good,
the image quality did not drop,
it is same like the quality I have not mount the lens on my phone.
However, this clip lens’ film frame can still see the edge of the lens itself.
By right, with the fisheye lens, the film frame is fully black, but this lens produce the silver edge,
I think this is the reflection from the colour of lens.

Wide-angle
Need not to say, a wide-angle lens is the lens that allows us to capture image with wider range.
See the photographs below, left is the one without using wide-angle;
right is the one with wide-angle lens.
The object is smaller, but with wider scene.
With this not high costing lens, it can provide such wide range,
I am satisfied enough.
But, I am not sure is it the thickness of the lens,
the sides of image were blocked and become black.
This is something that normal wide-angle lens will not exist.
In order to remove the undesired black frame,
what I did is zoom in.
But of course the image produced is not as wide as the original one.
Yet, it is still wider than the image without the lens.
Which mean, it is something in the middle.
See the photographs below which i have used the wide-angle lens,
in the same time, i have zoomed in to remove the frame. 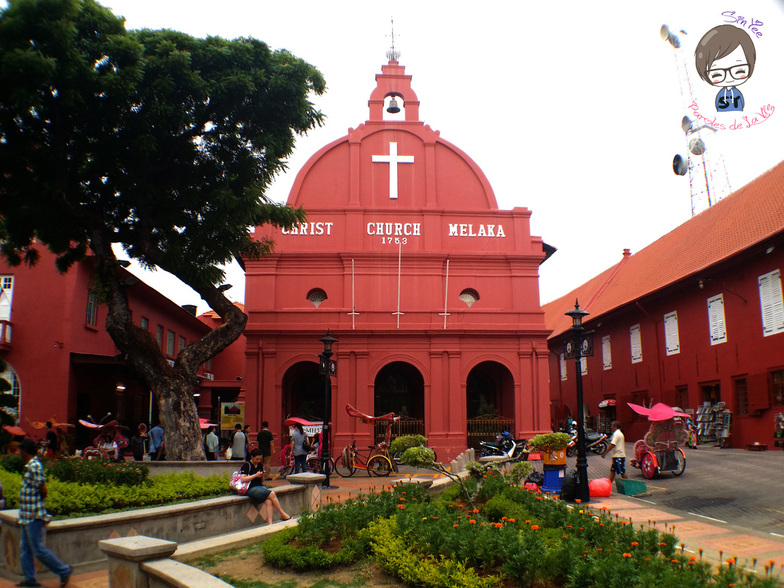 Macro
Macro lens allows capturing image in extreme close up,
normally it is a very small subjects, in which the size of the subject in the photograph is greater than life size.
Honestly, to capture image in macro,
it is extremely difficult!
The instruction of this kit lens stated keep 1-2cm to capture with macro,
but I think my lens has touched the subject when I used it.
I cannot focus at all after mounting the lens on my phone.
It is totally blur unless I do an extreme close up of the subject.
My tip #1 on using macro lens is be patient!
Because it is always out of focus unless you hit the correct point.
My tip #2 is be firm!
Not only your subject, but your hand also cannot shake!
If not, out of focus also.
Basically I suggest only use the macro lens if your subject is really interesting.
And I think this clip lens only can use on the subject that cannot move, such as flower.
I don’t think it can use on insect, later you get bitten or they fly away before you have done your focus..
Because, as I said, my lens touched the subject I want to capture.
So, will an insect doesn’t move if you touch it?
Below are photographs I captured with the macro lens.
Undeniably, the image is really sharp,
but it took me much effort to make it! 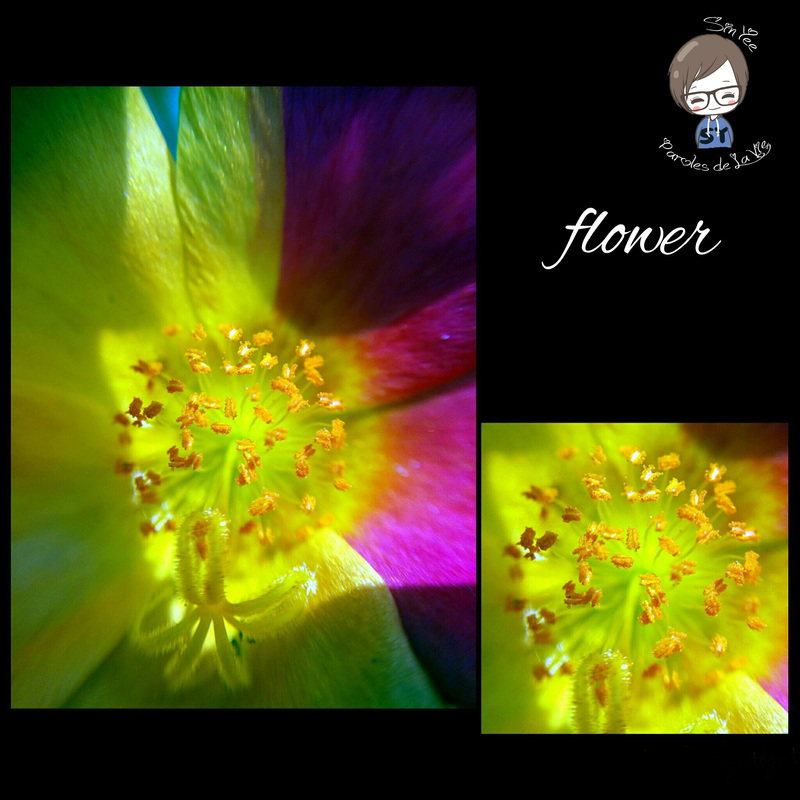 So overall, this lens kit is useful.
For sure, it cannot fight with those interchangeable lens for camera,
but, for mobile devices like smartphone and tablets,
these three lenses allow everyone to make own photo in more ways.
Especially the fisheye and the macro lens.
It is not cheap to purchase a lens with this function.
But now, with the lens kit, we can have them both along with a wide-angle lens in only RM40-70.
Cheers and happy Friday!

You can visit DS Shoppe for the clip lens kit (RM35) if you intended to buy it.

How To Apply New Zealand ETA? Do It Online in 3...