I Am Sin Yee
Home English Jekyll & Hyde @ Empire Damansara
Share
Tweet
Share
Pin
Share
If you have been to Empire Damansara, you probably will instantly fall into its European-themed design. After a tiring working day, drop by Empire Damansara to enjoy a delicious European dinner with your besties or your loved one, I would say this is the most blessing moment I could have! Jekyll & Hyde, a newly opened steakhouse and British bar is Danny’s and my recent favorite dining place in Empire Damansara. Despite only operating for few weeks, we think Jekyll & Hyde possibly serves the best pork rib in the town! 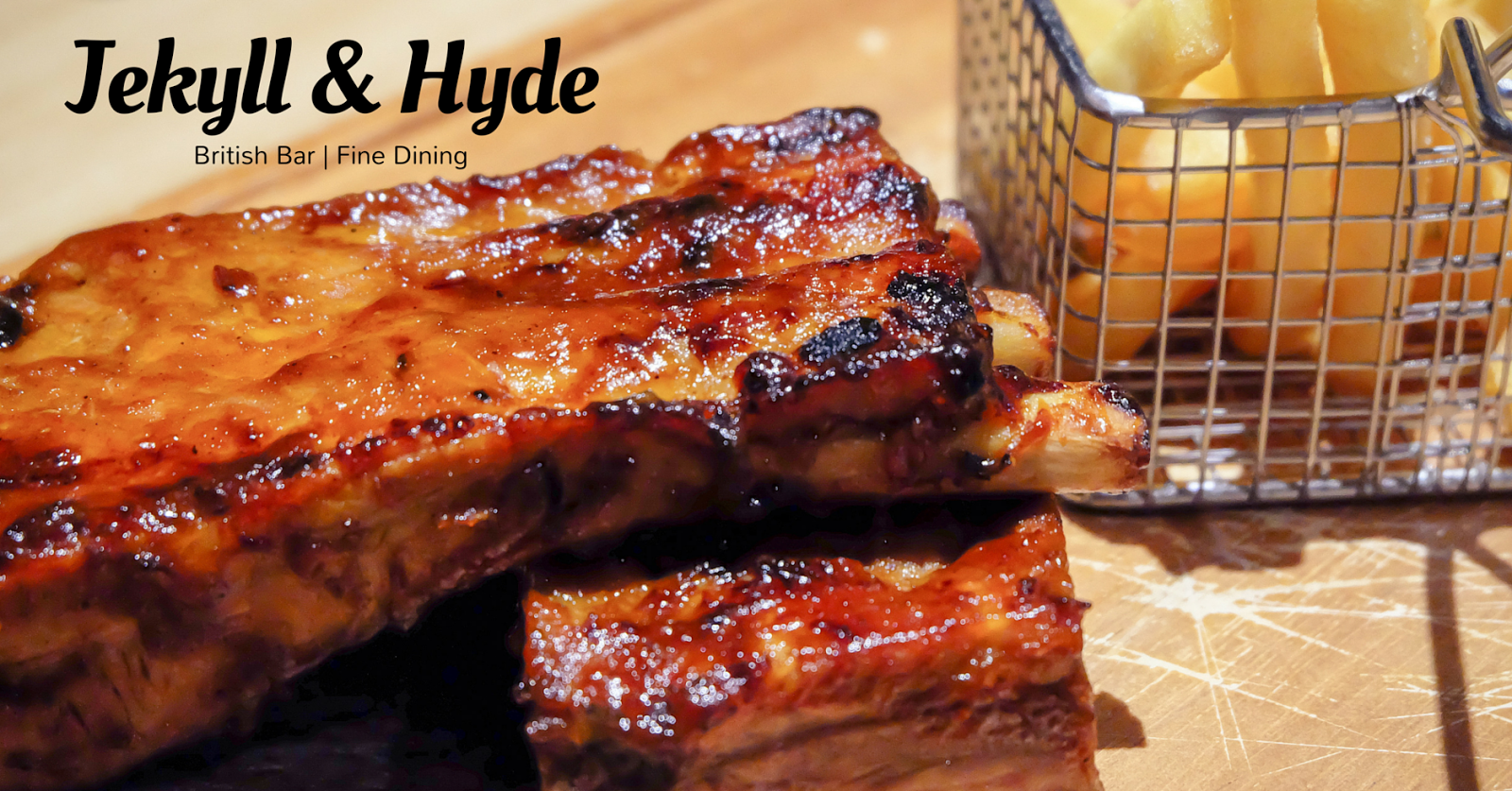 Stepping into Jekyll & Hyde, it is their pub and bar section. This section was themed in warm and dimmed light. It provides a cosy and relaxing ambience to patrons; an ideal place to chill with friends after working. 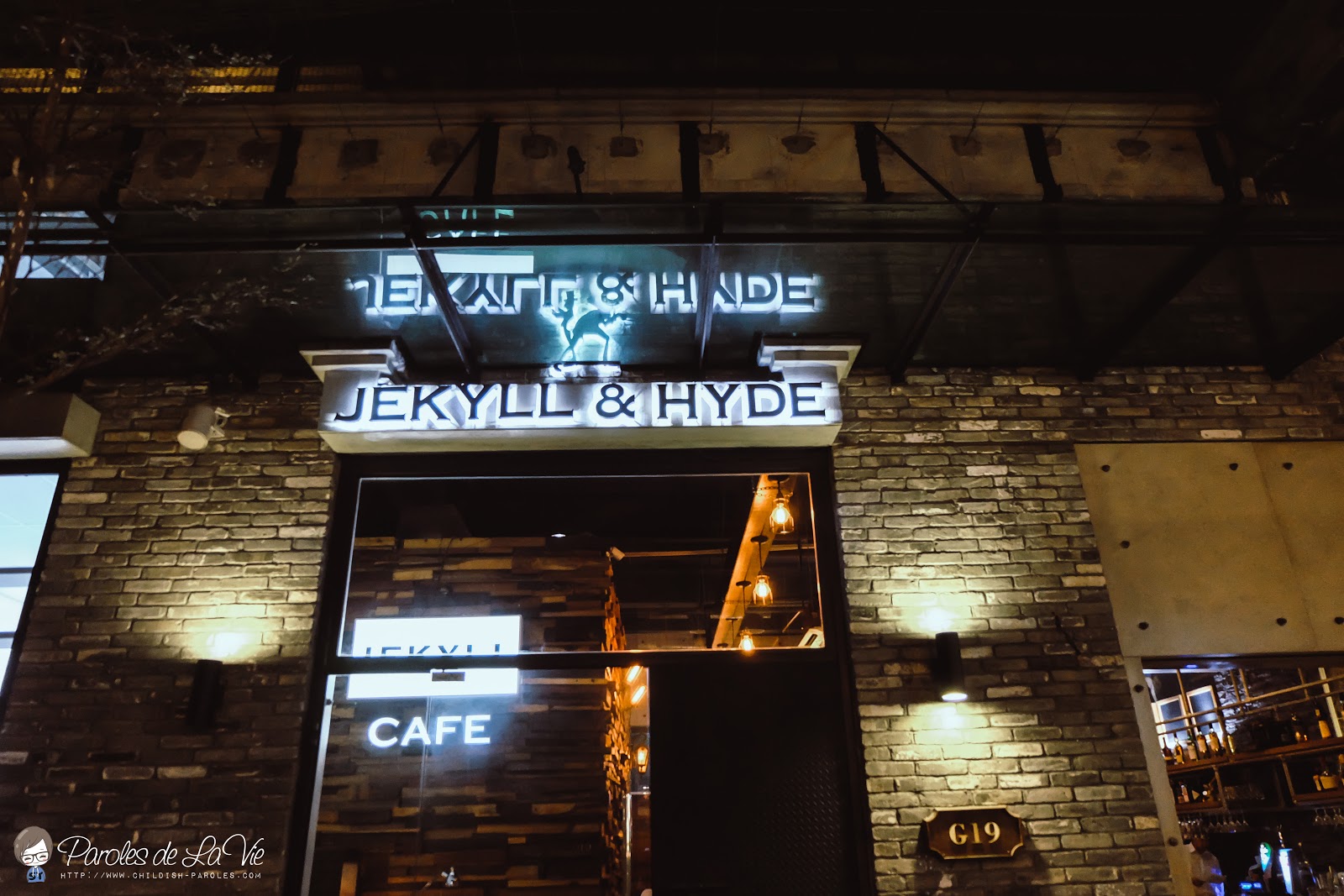 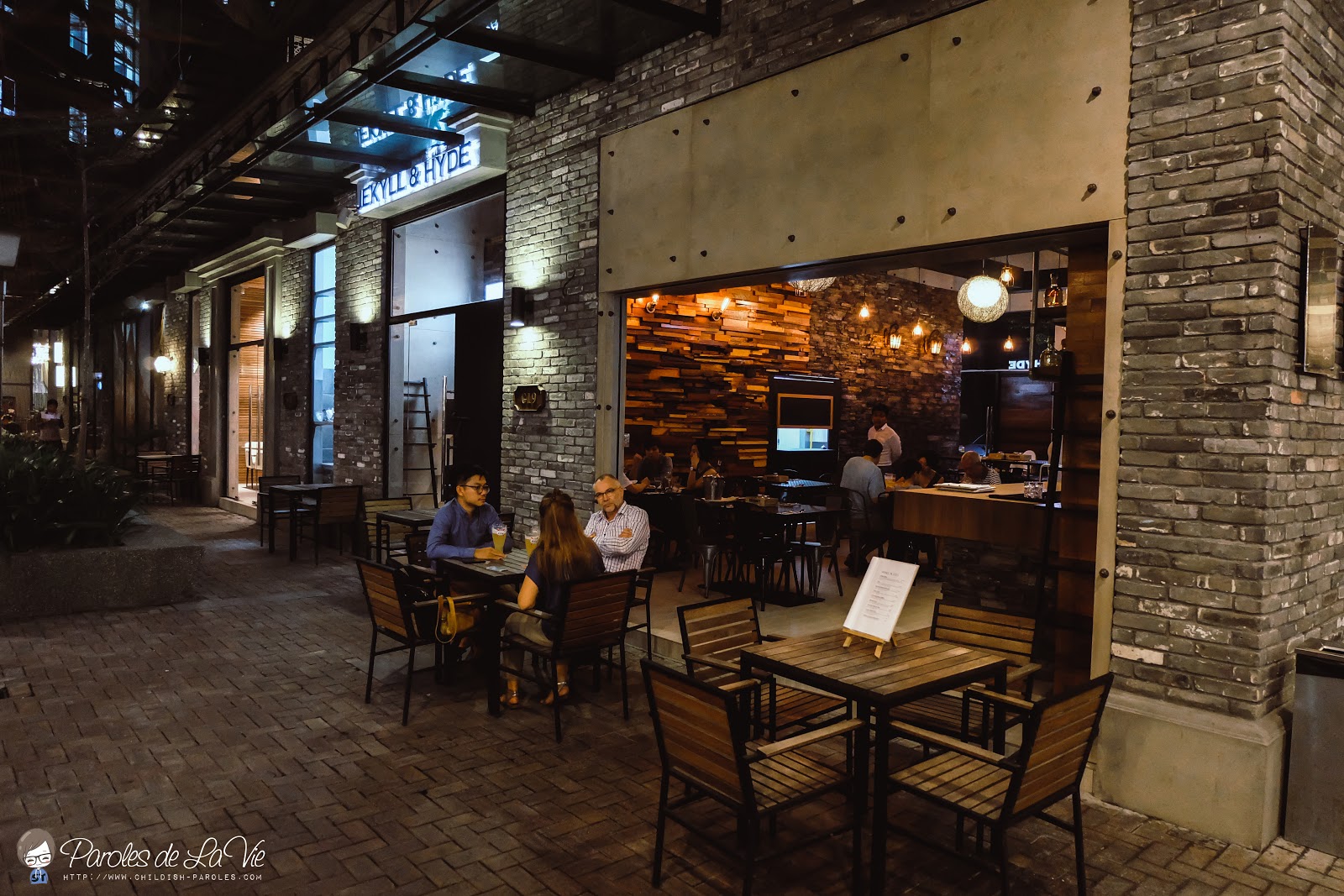 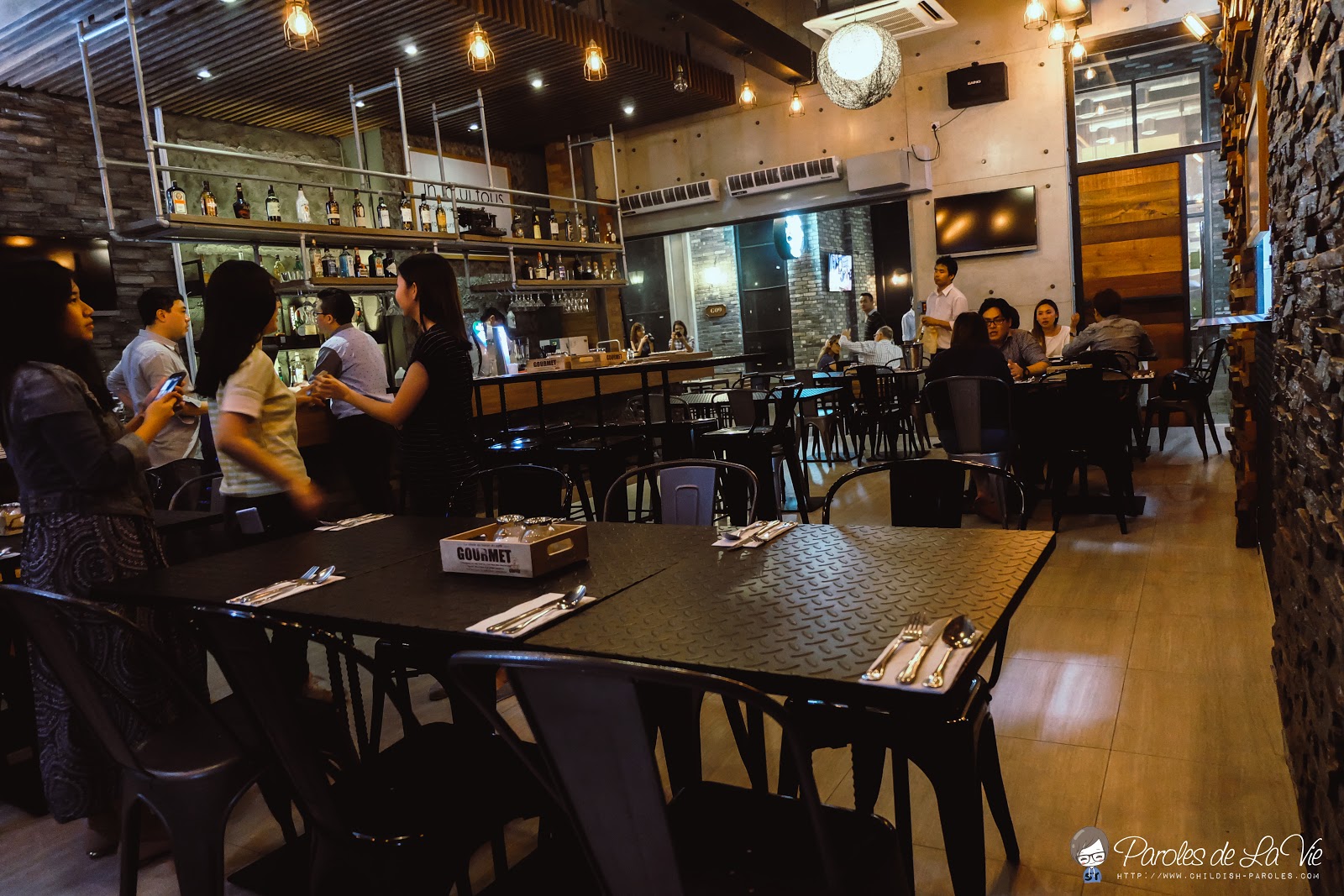 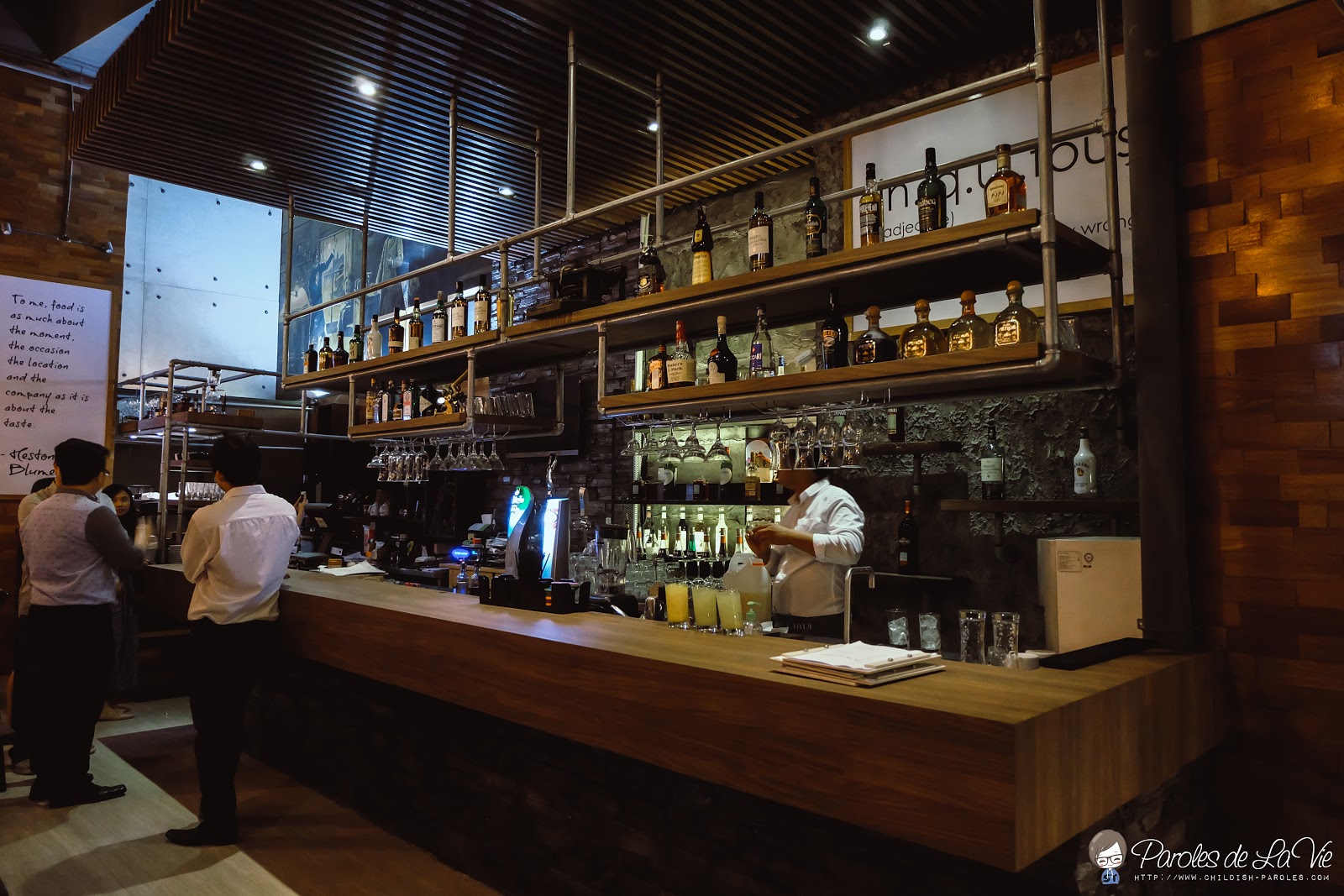 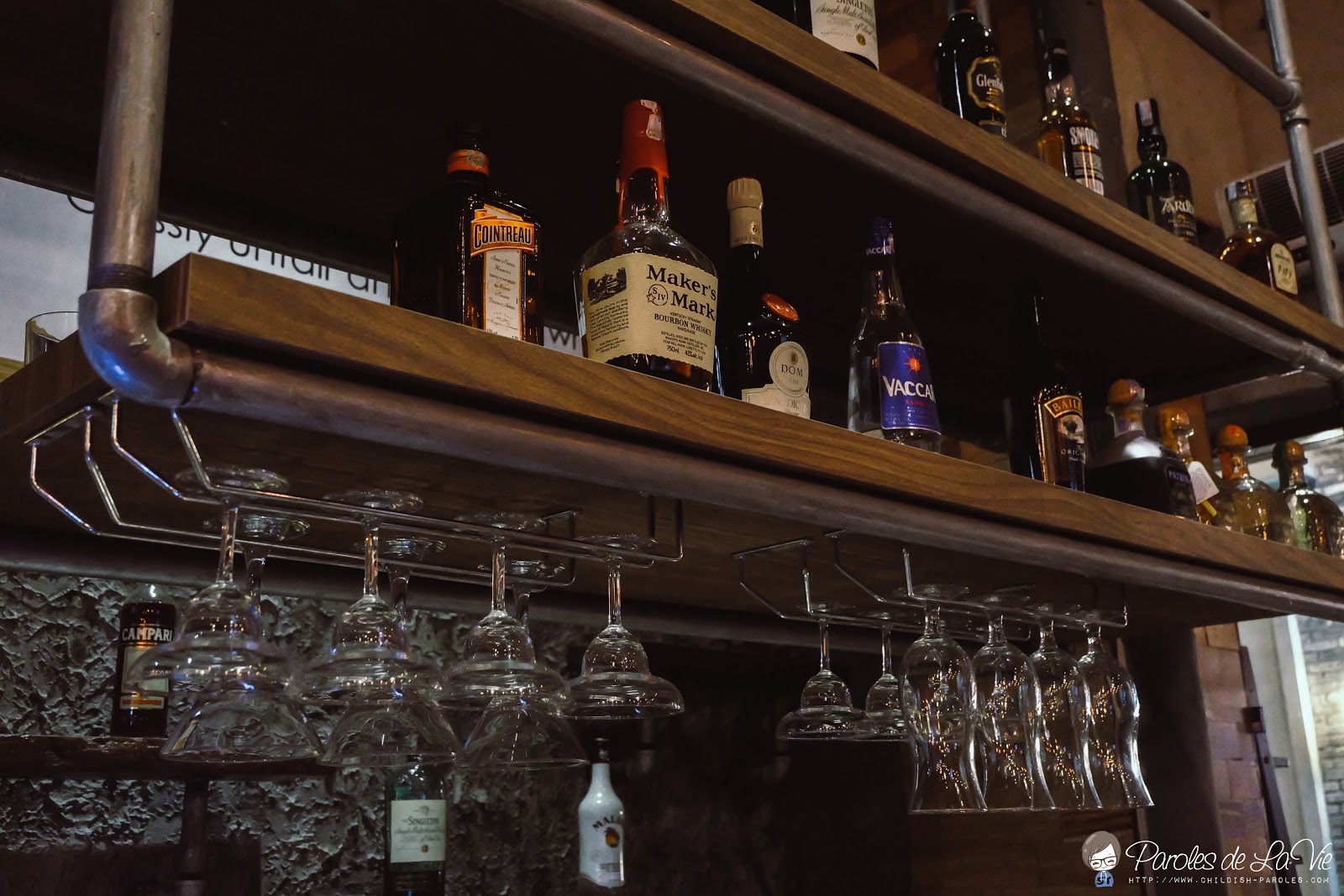 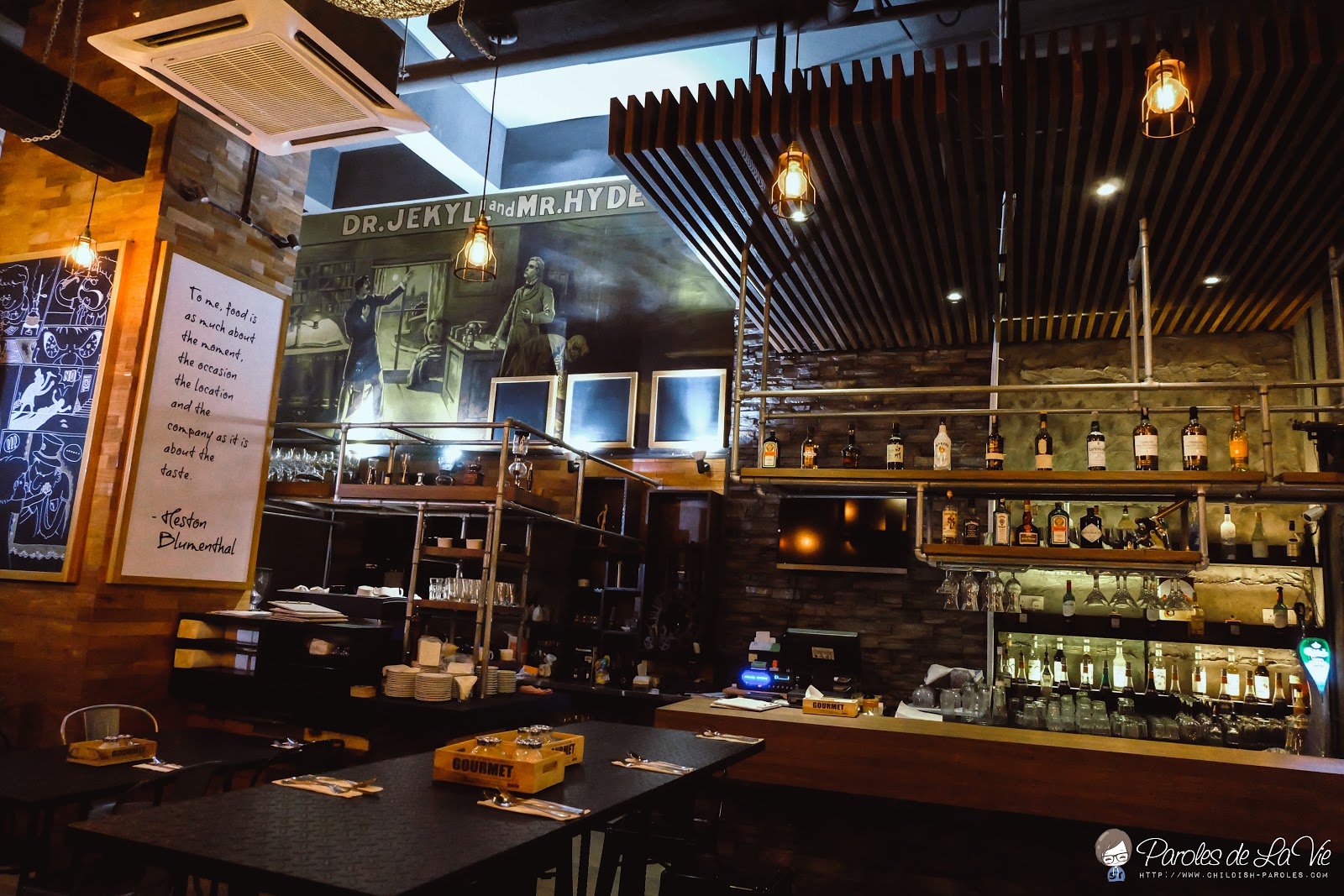 Despite that, let’s continue walking into the restaurant. Turn left at the end of the pub and bar section, it soonest transform from a casual comfy pub into classy fine dining restaurant. FYI, Jekyll & Hyde has come out with two themes in their menu: Iniquitous and Molecule. Currently, they only launch their Iniquitous menu. In this menu, it is mainly European dishes such as steak, salad, pasta etc. 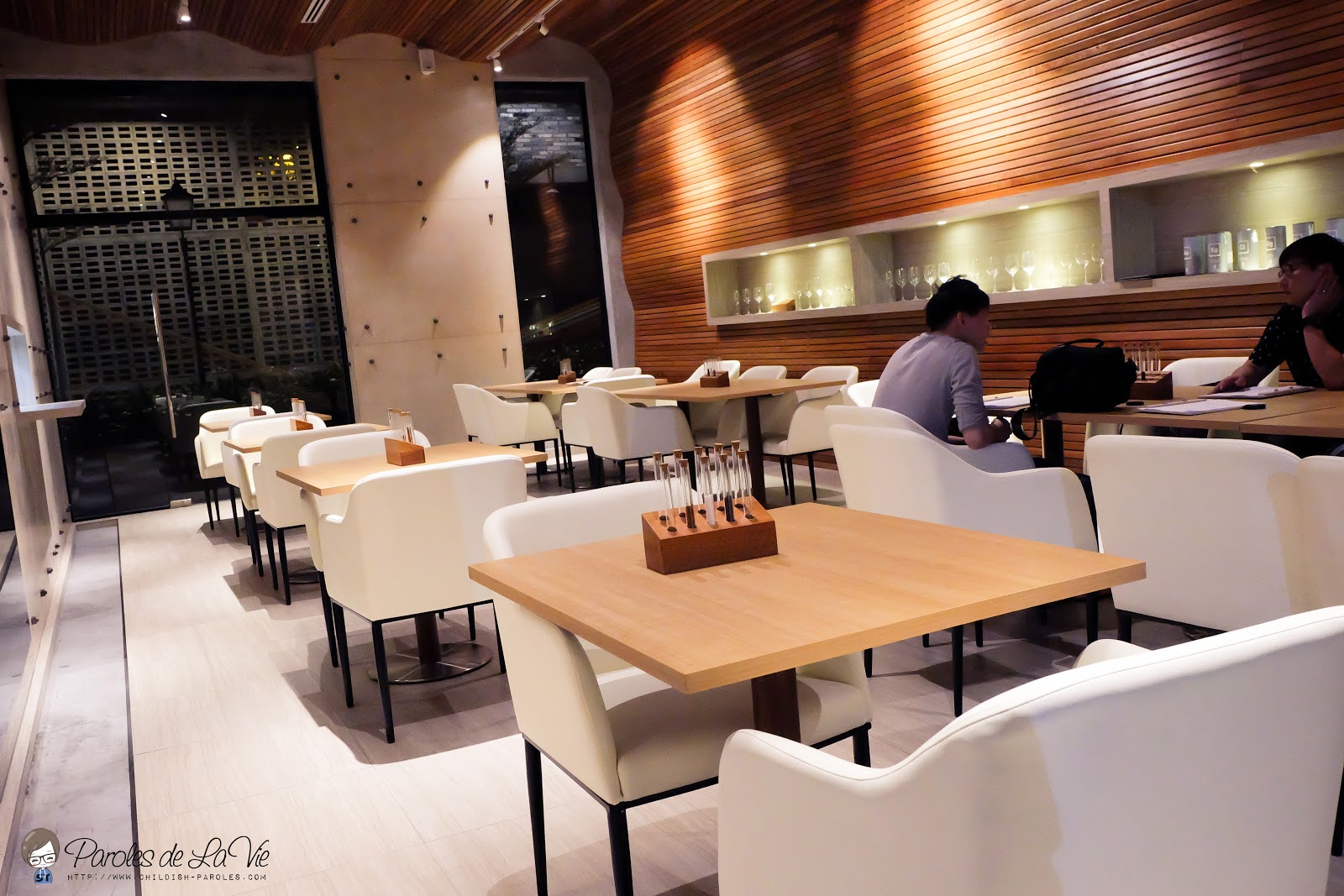 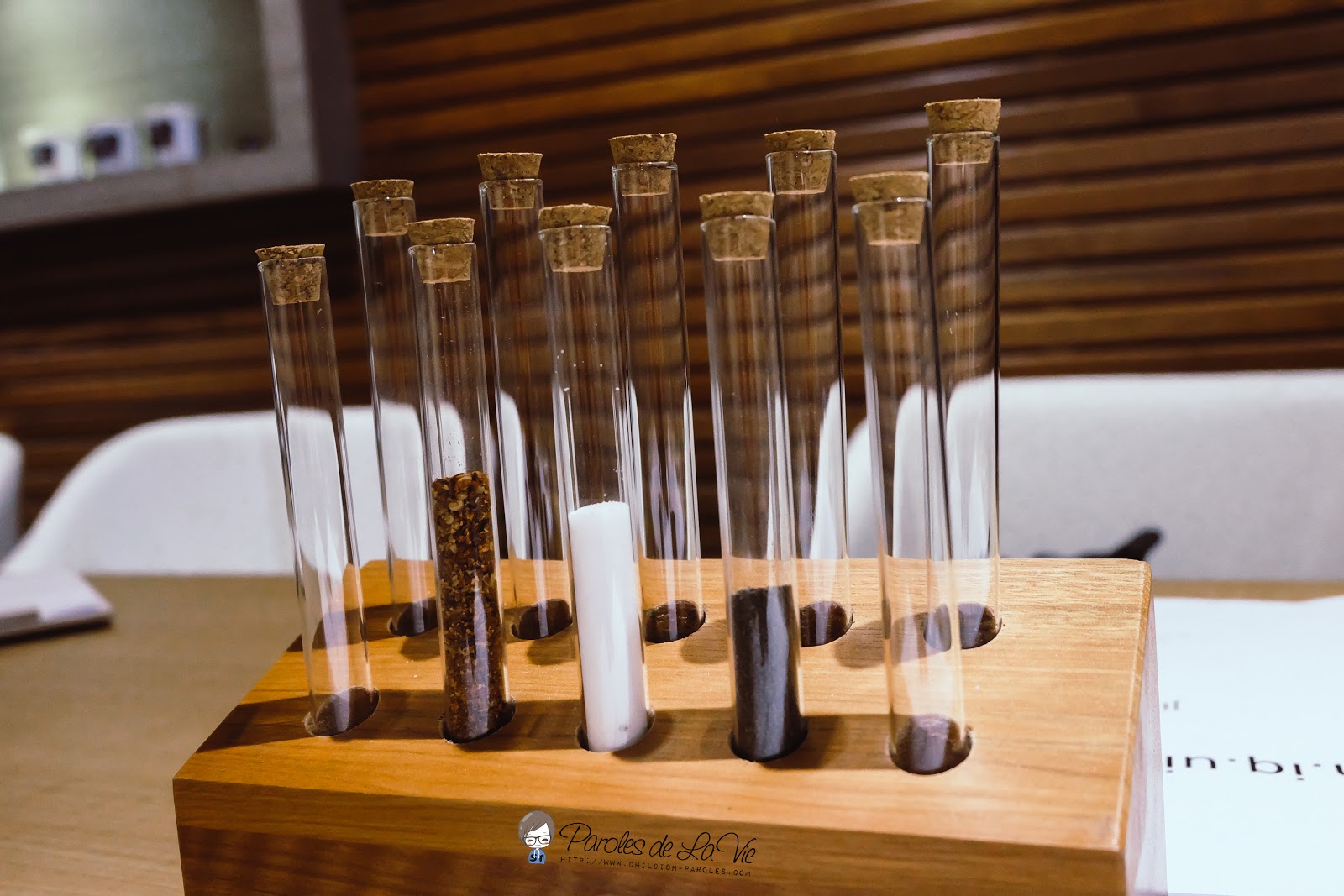 Starting up the night with Grilled Chicken & Guacamole Salad. Marinated with guacamole, grilled chicken breast was topped with cherry tomatoes, shaved onions, green olives, crouton and balsamic glaze. I am not very into salad. Yet, this dish was one of my favourite in Jekyll & Hyde. All ingredients were fresh. Chicken breast meat wasn’t difficult to chew. 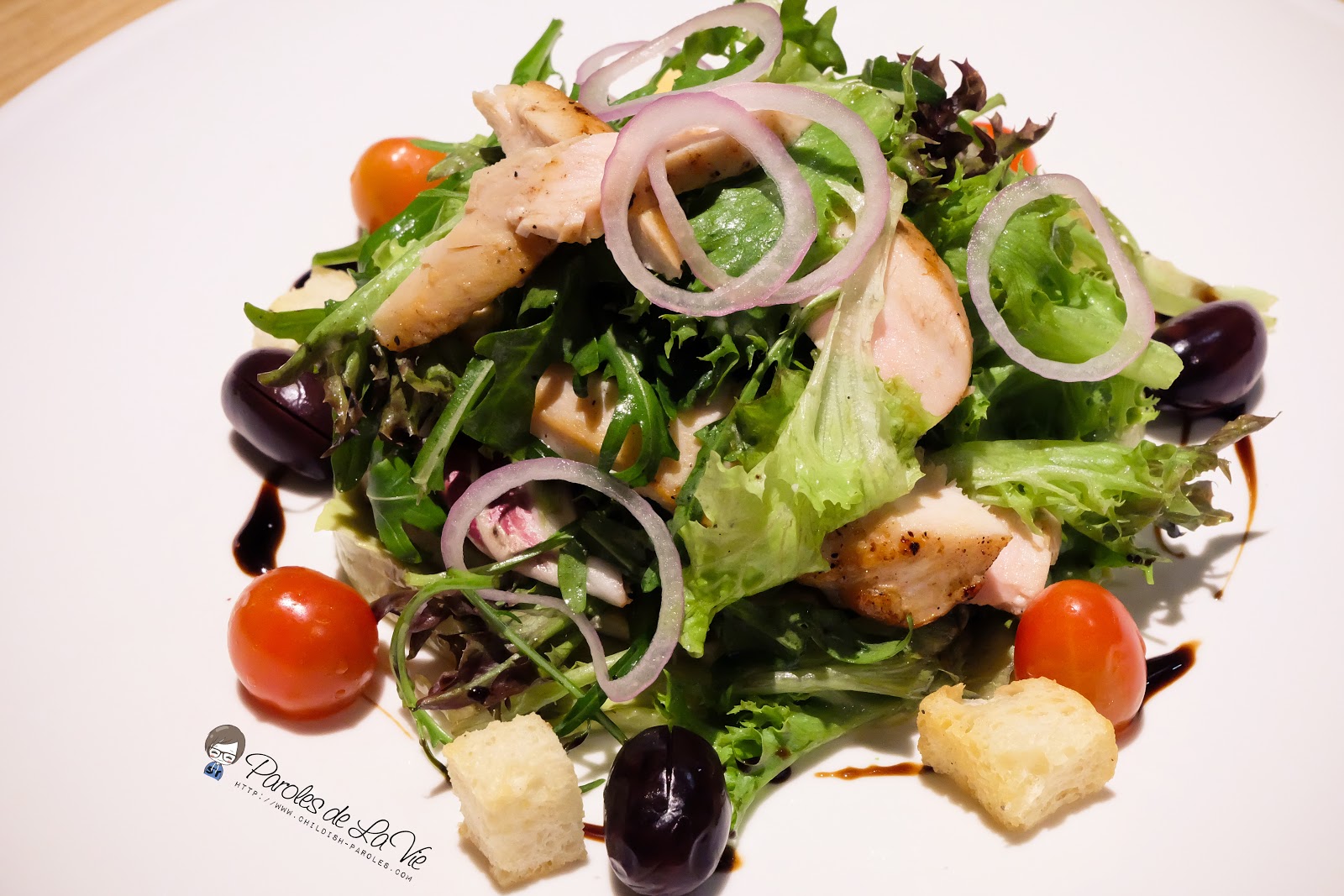 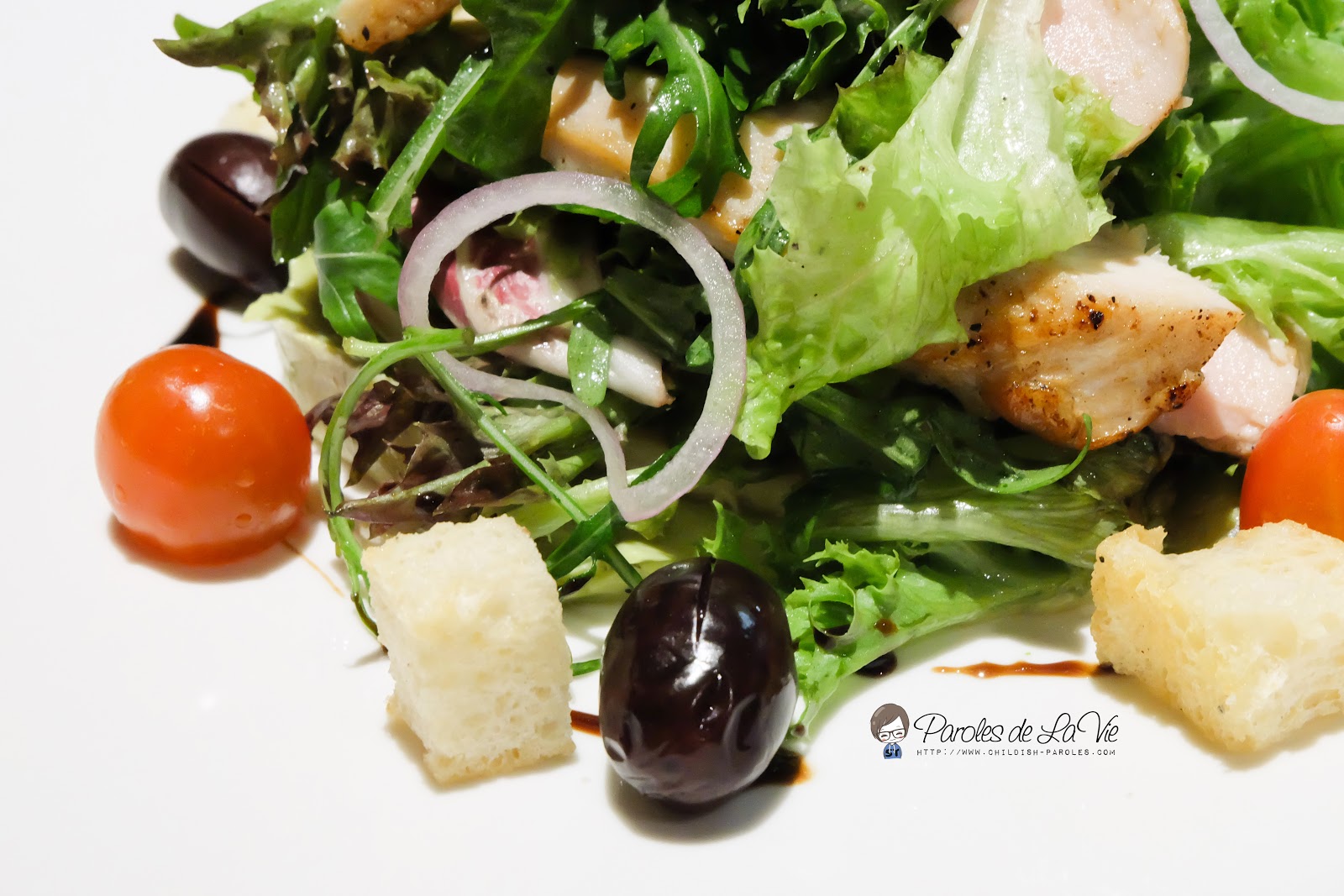 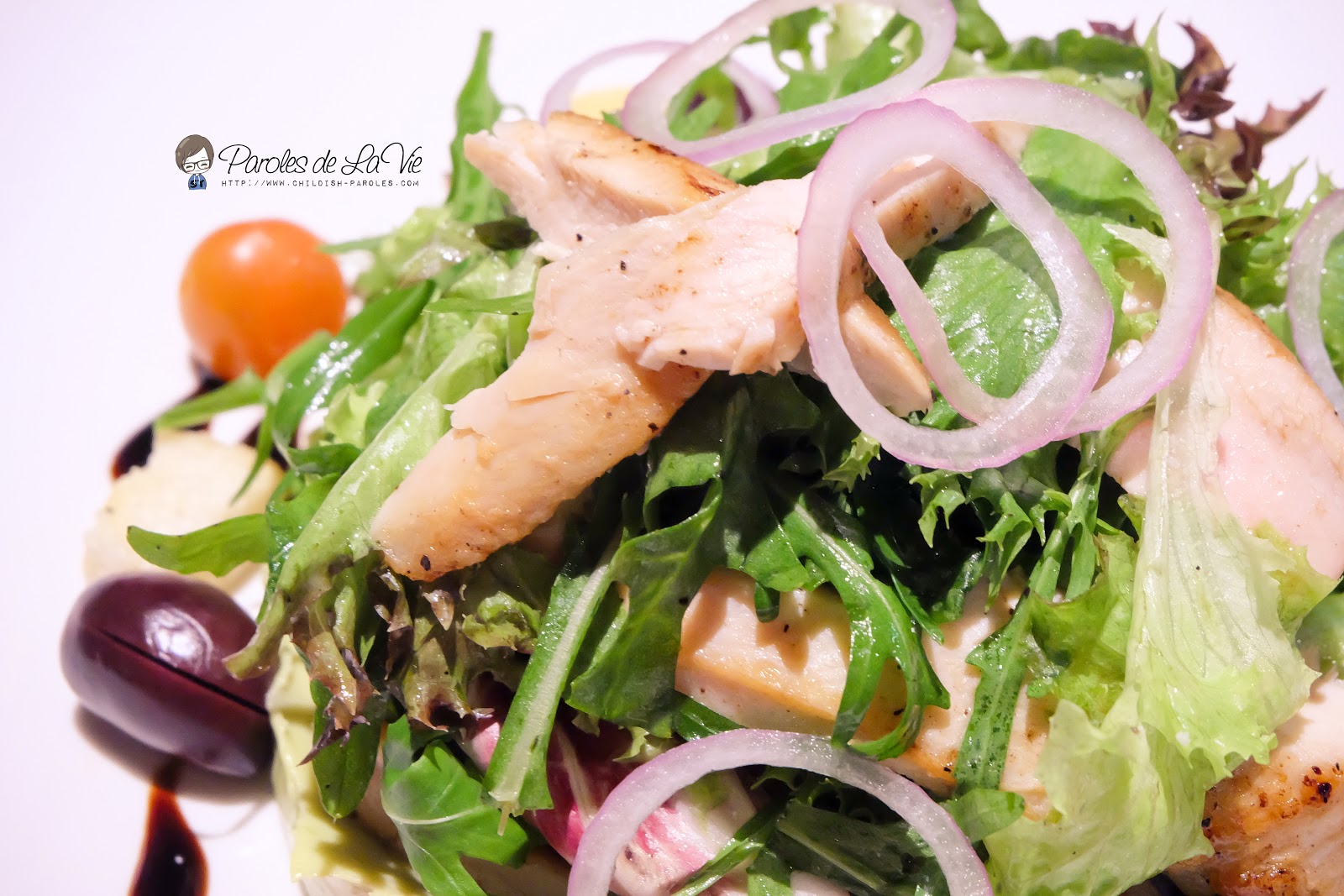 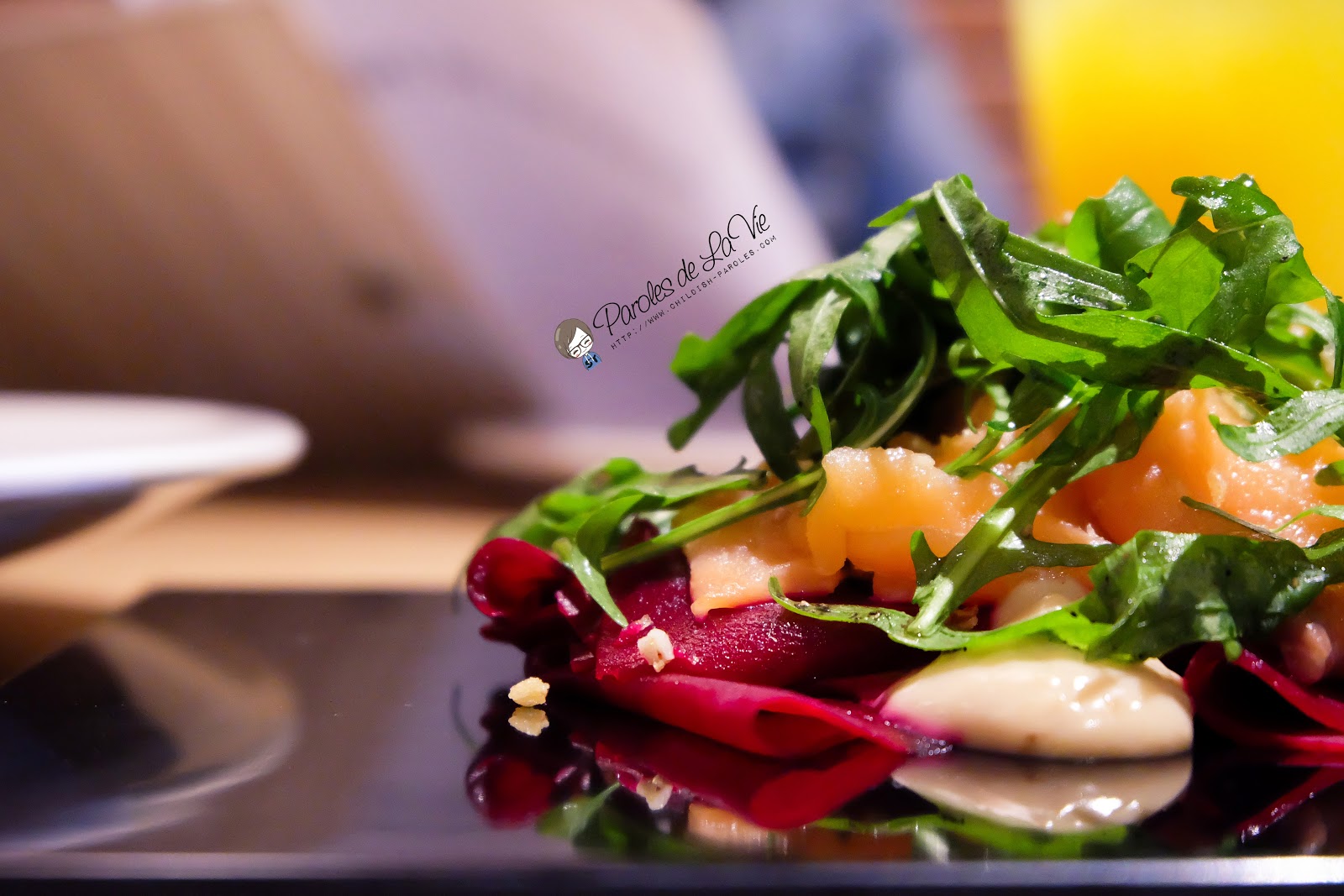 Beetroot & Smoke Salmon @ RM26
Coming next was the pro rib! We bet you can’t believe how big was the portion of the rib. FYI, the pork ribs of Jekyll & Hyde was marinated for 12 hours and being sous-vide for 18 hours (a method of cooking which food is sealed in airtight plastic bags then placed in a water bath or in a temperature-controlled steam environment for longer than normal cooking times). This was to break the toughness of the meat, making in tender and deeply in flavour. Last, the pork rib was grilled.
Jekyll & Hyde comes out with three different flavours of pork ribs. First was Hickory BBQ, the best selling flavours where we always have at other steakhouses. 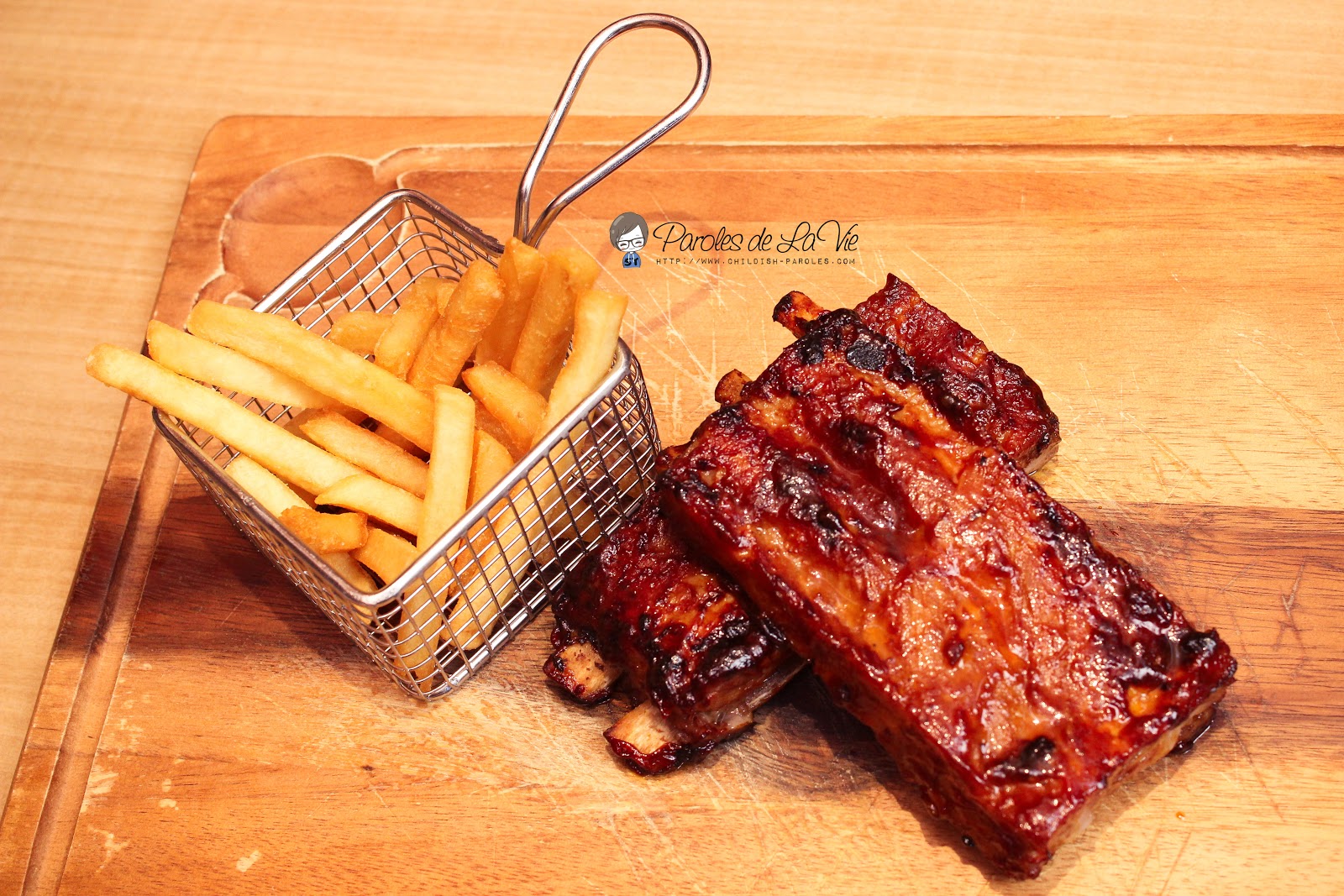 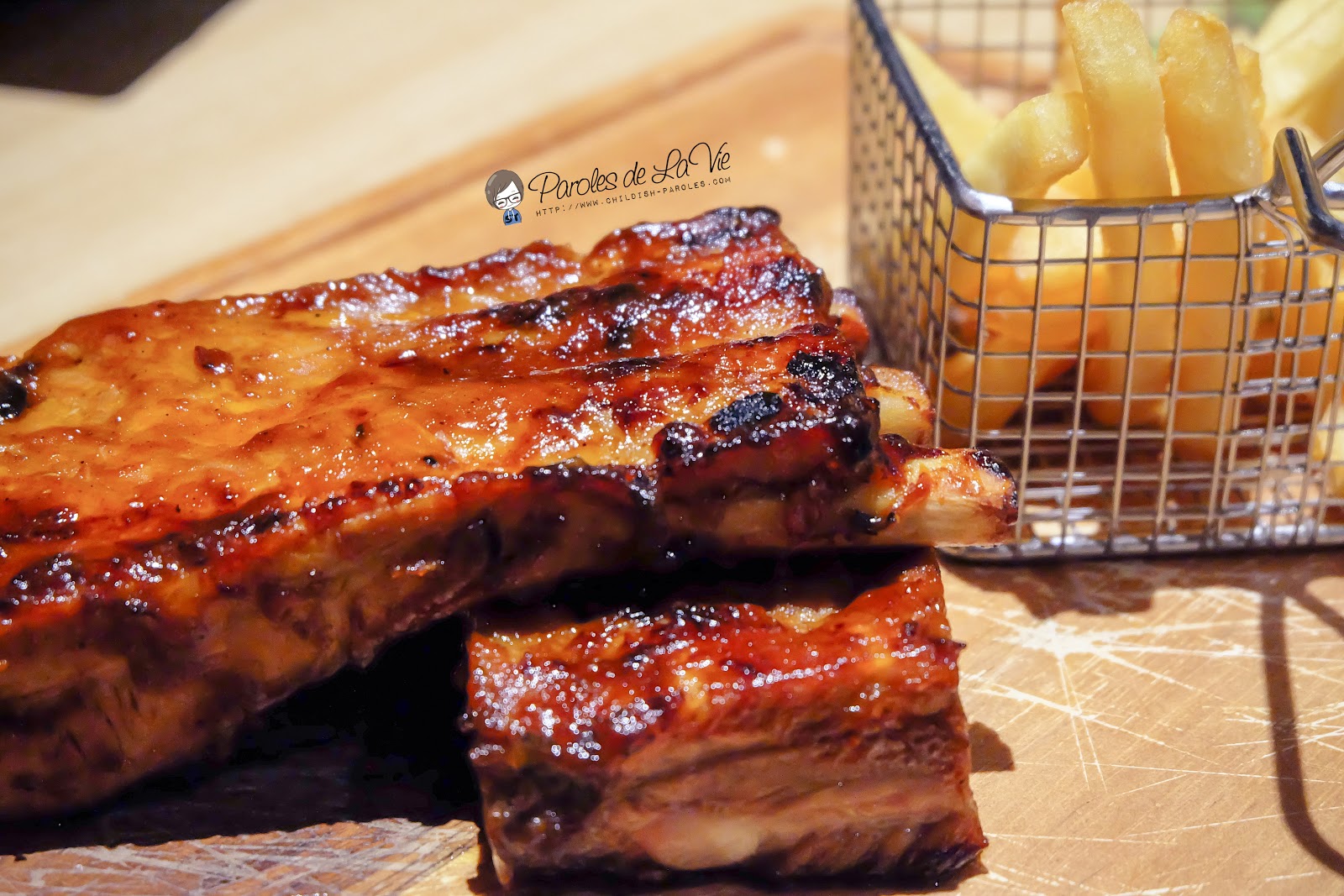 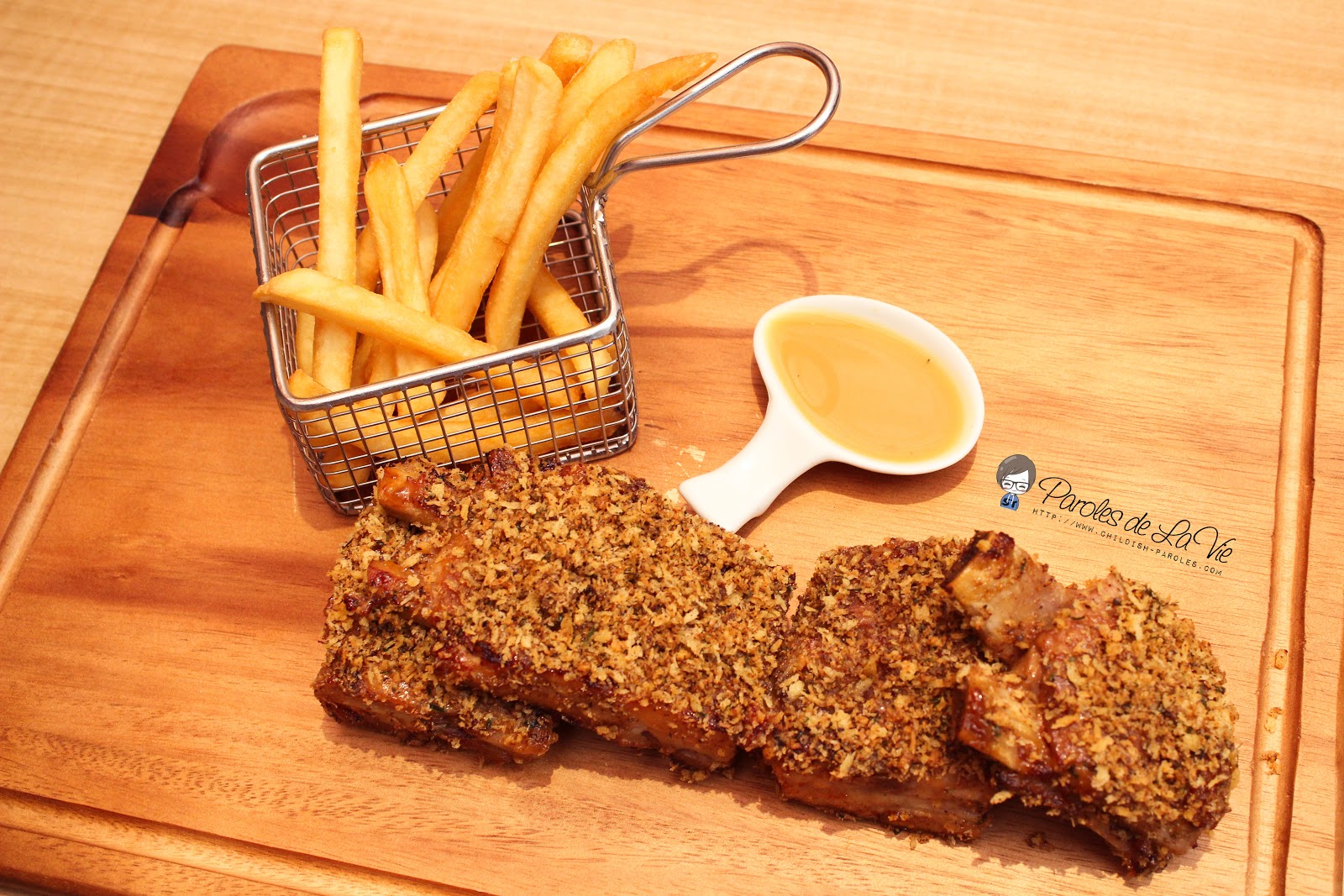 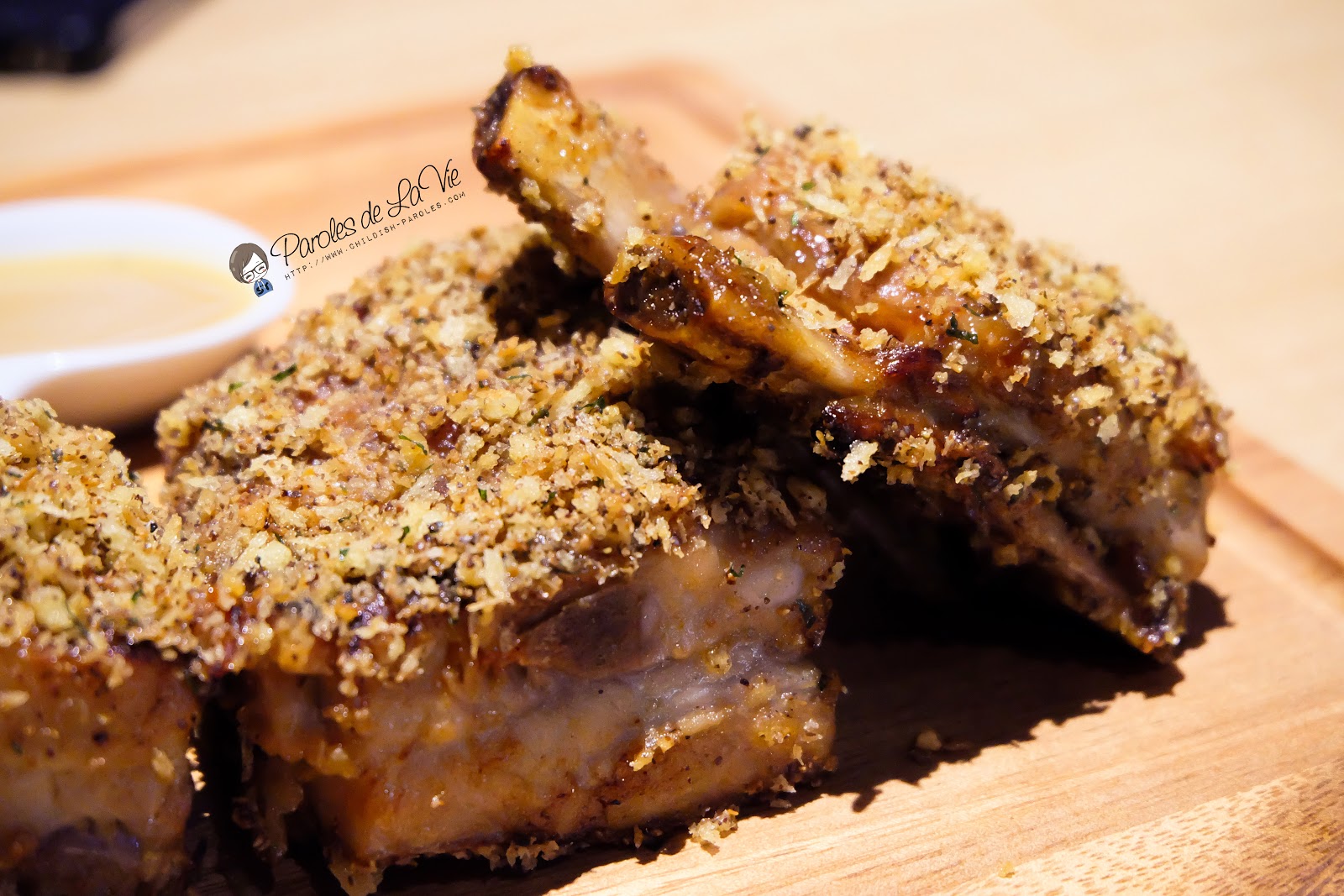 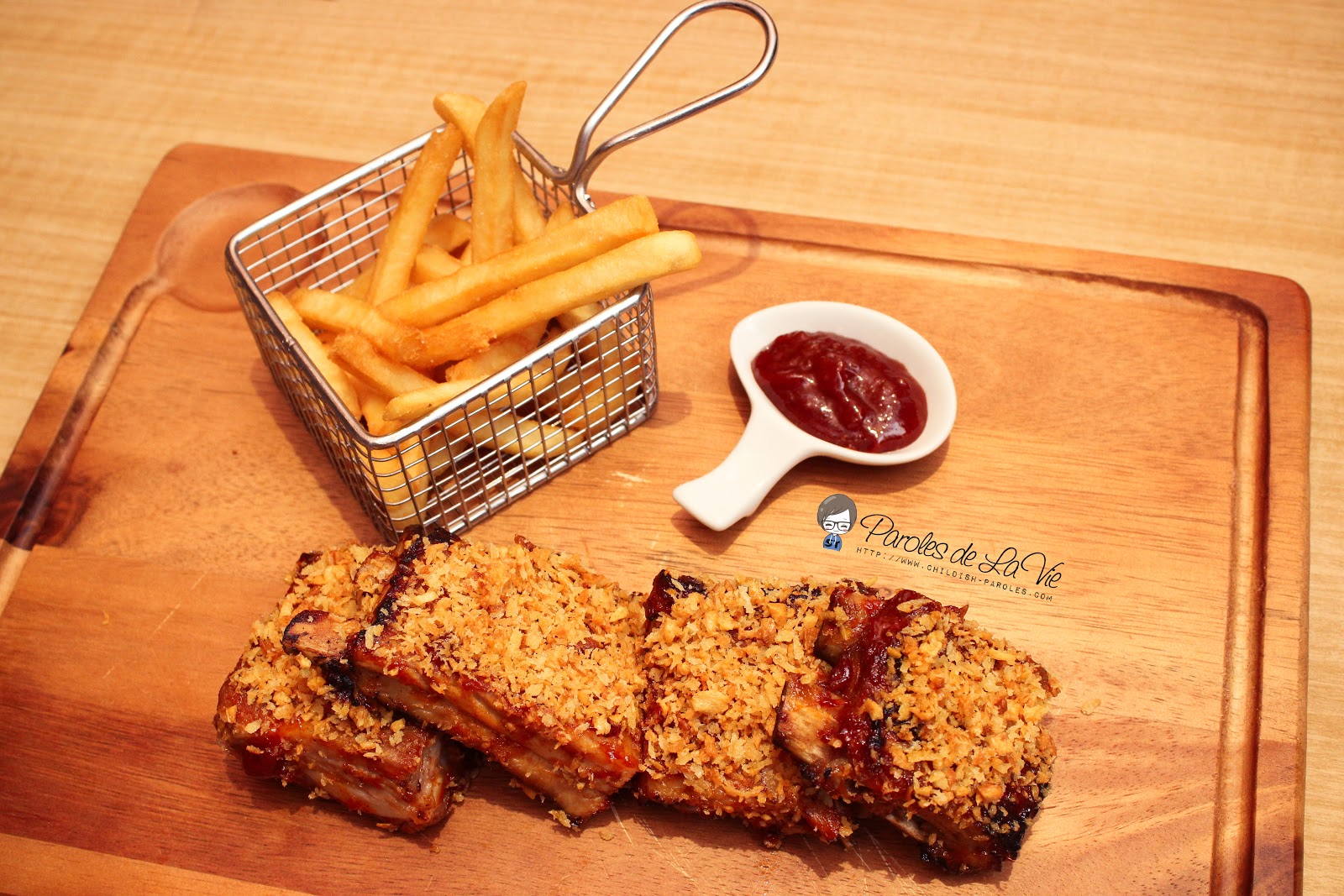 Roasted Garlic BBQ Flavored Ribs with Garlic Crust @ RM42
A duck lover should also try their Roast Duck. It was slow roasted with carrot puree, caramelised peach and apricot sauce. It was tender yet the skin was not crispy as promised. 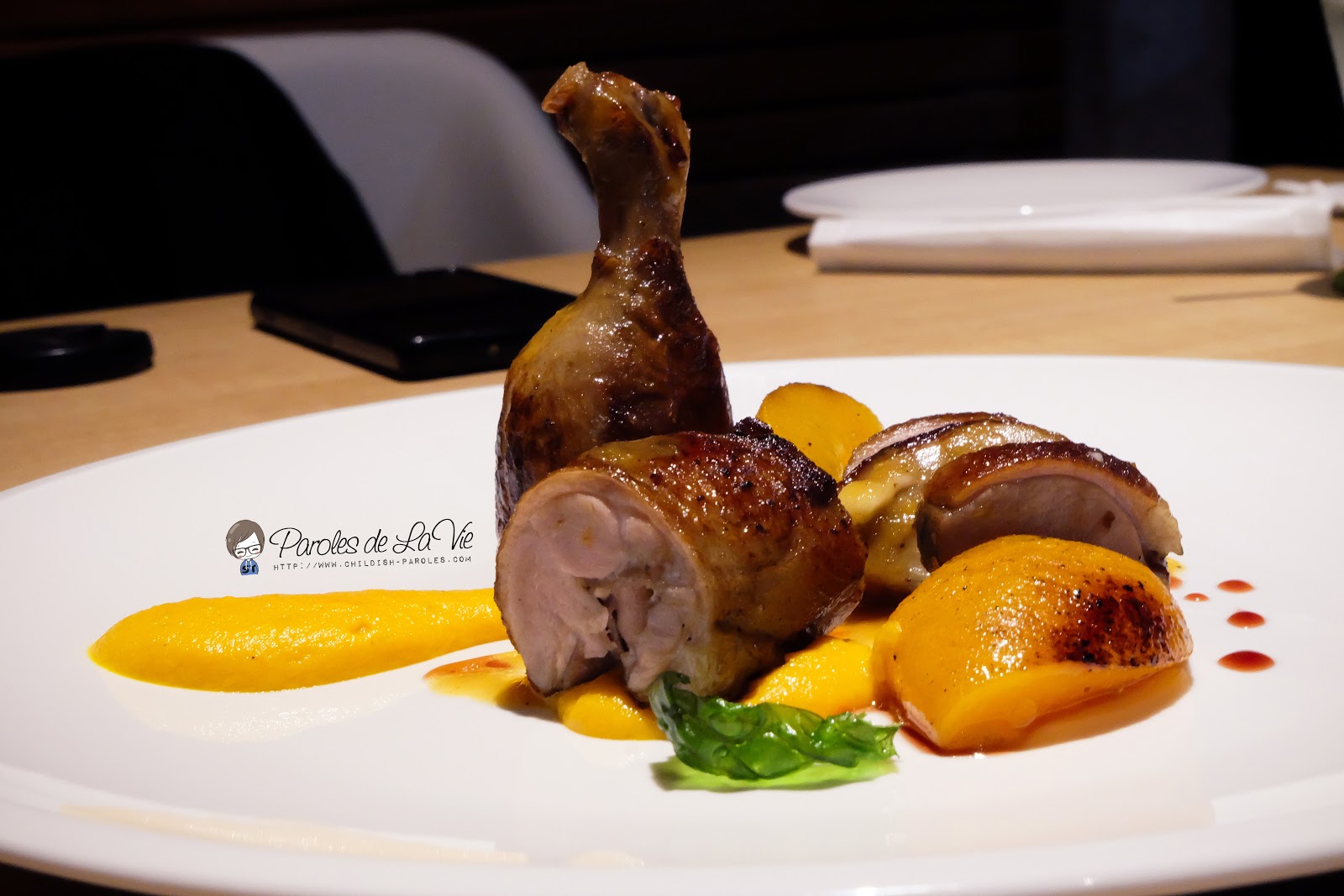 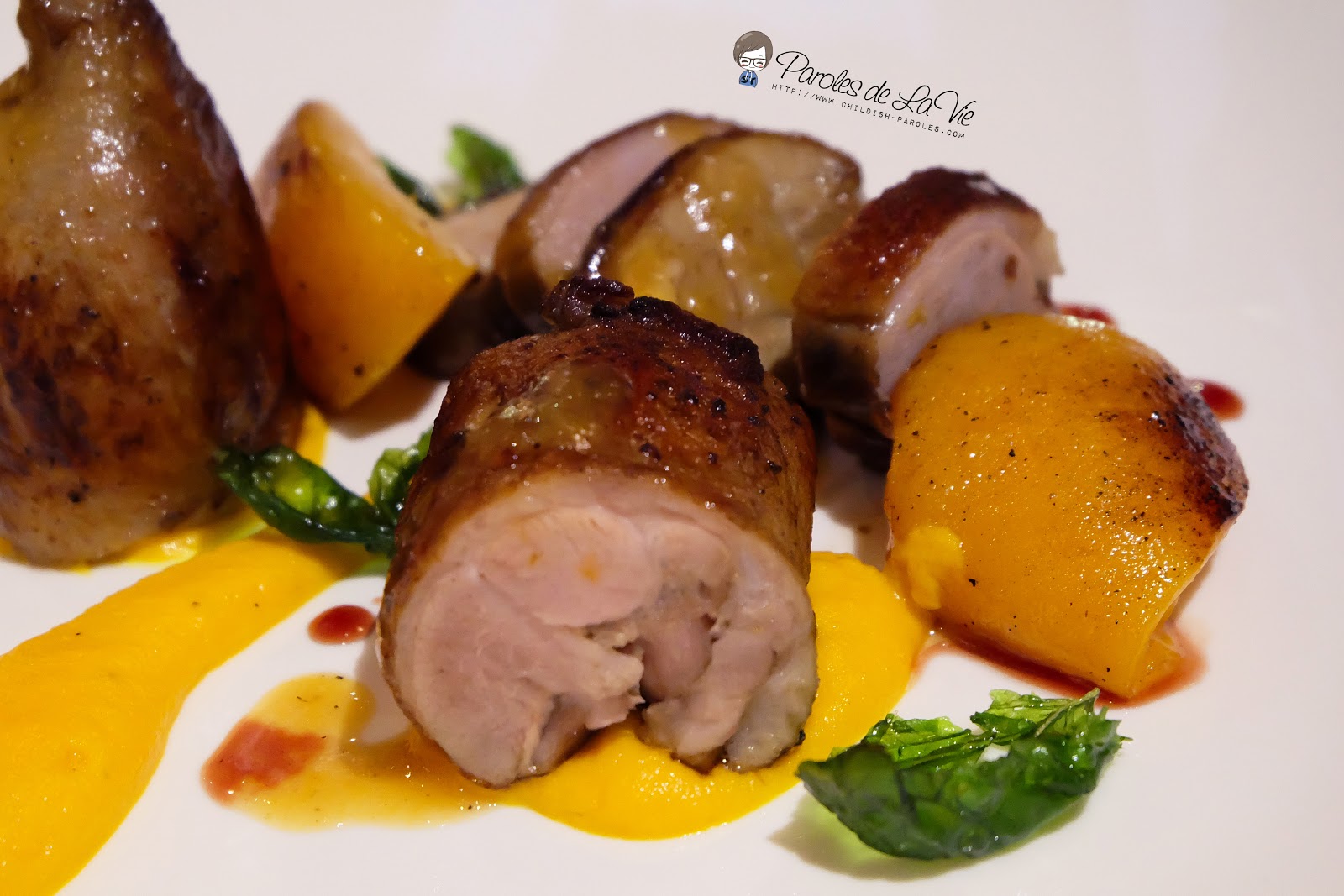 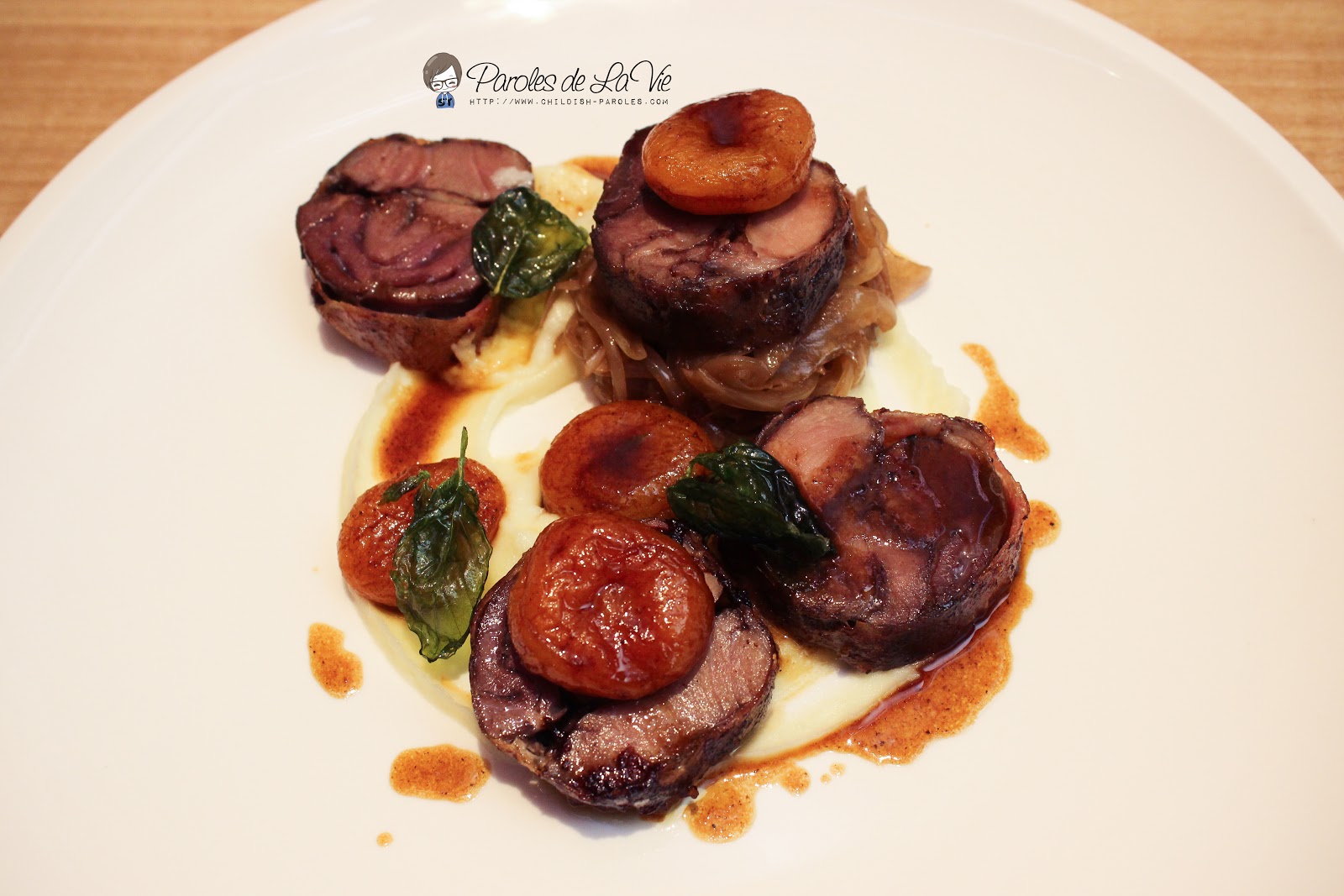 Roasted Lamb Shank @ RM48
Apart from that, Jekyll & Hyde serves homemade fresh pasta! The pasta comes with three flavours, original, capsicum-child and wild rocket leave. Also, they have five sauces which are creamy white sauce, creamy tomato sauce, spicy tomato sauce, spicy prawn oil and red pesto sauce. Diner can mix and match their own pasta, choosing the dough flavour, type of pasta and type of sauce.  If you don’t know what to choose, get the chef’s recommendation. Danny and I had the Spicy Ribbon Pork Cheek Pasta. Even though it was spicy ribbon, the spiciness was strong. 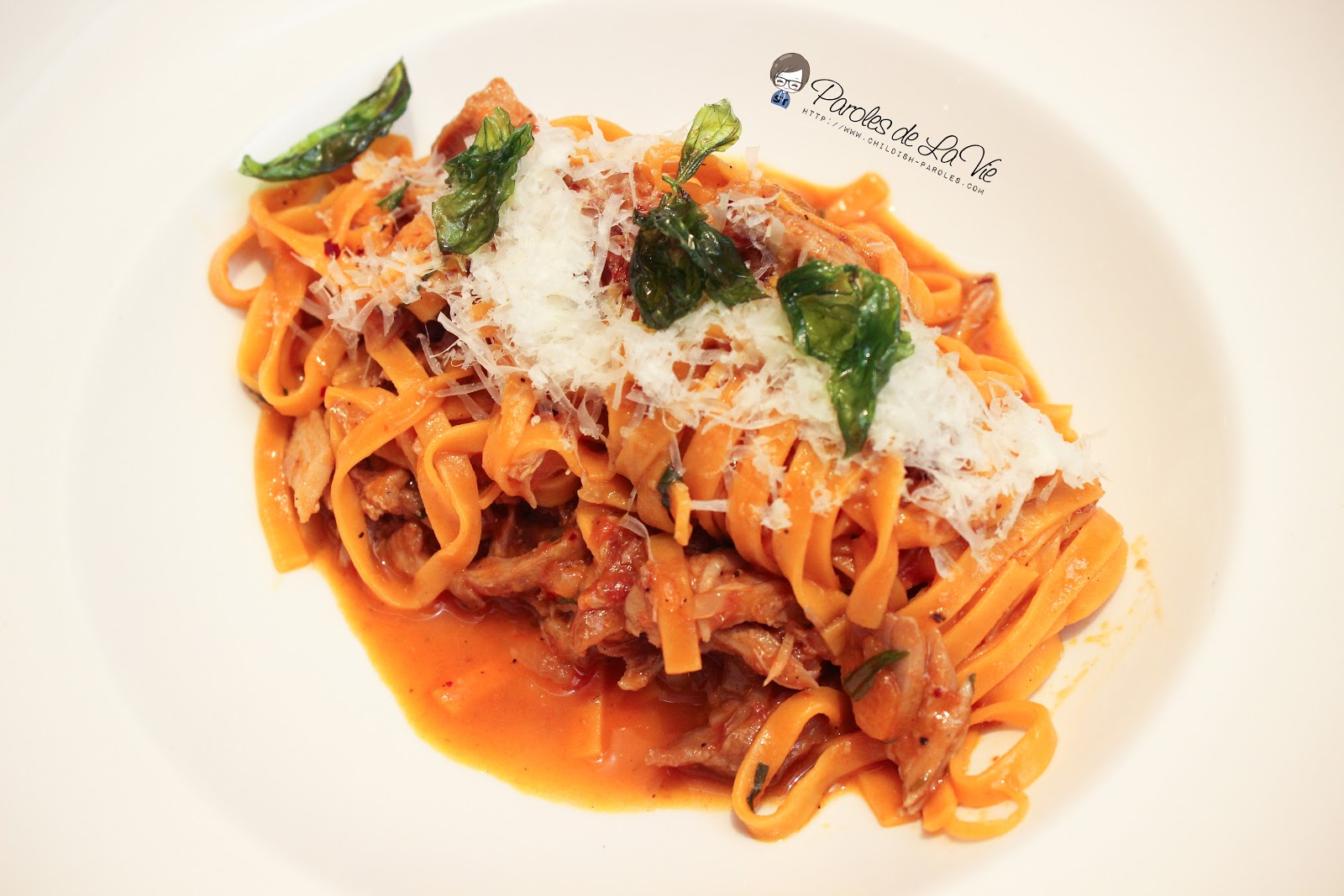 Spicy Ribbon Pork Cheek Pasta
For dessert, we recommend to try their Chocolate Mousse and Churros. The cake was homemade by the chef of Jekyll & Hyde. It was infused with vanilla cognac for a touch of liquor taste. Meanwhile, the churros was tossed with cinnamon sugar which served with caramel sauce. Dip a little is perfect, too much will result in overloaded sweetness. 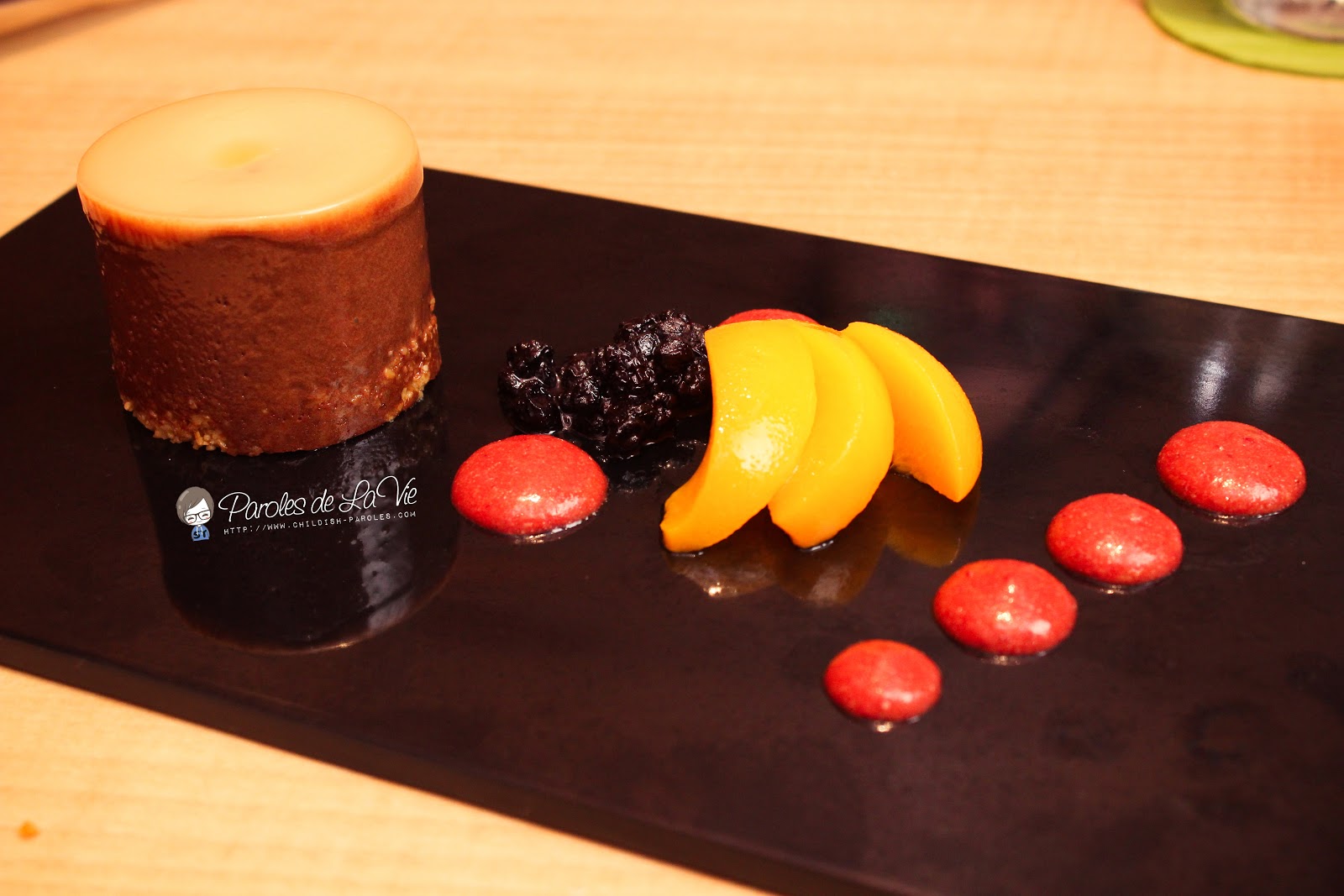 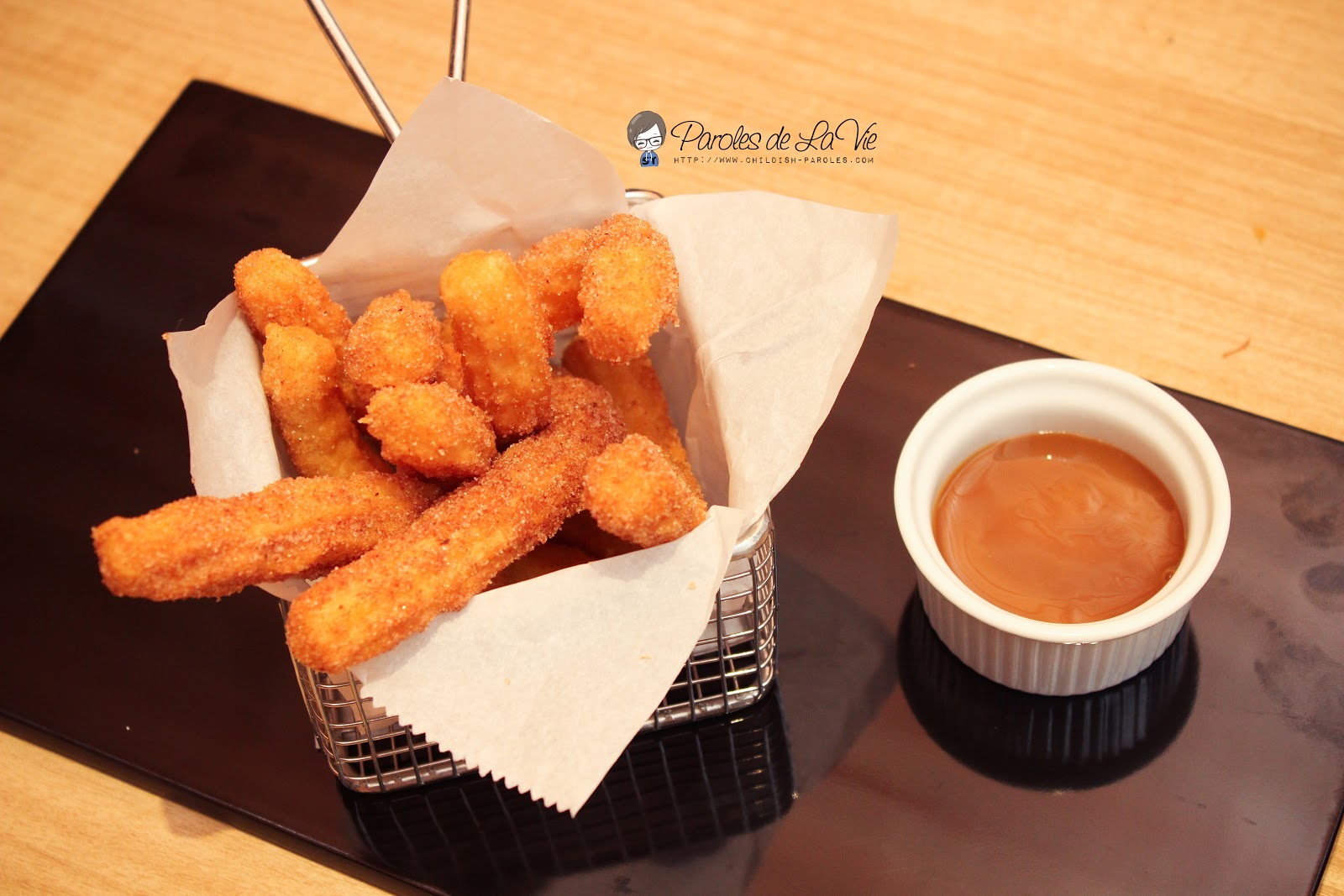 Churros @ RM17
Overall, pork rib is the must-try dish of Jekyll & Hyde. All flavors were heavenly delicious. They are currently having a promotion called T.G.I.F (Thank God I’m Fat!) which is a buffet on Fridays. Diner who takes this promotion will get a mixed platter of pork belly, pork cheek, pork ribs and pork knuckle with unlimited refill and also a glass of Carlsberg!
Note: Min. 6 pax and must make reservation at least 3 days before dining. Any reservation of 10 pax and above will get 1/2 suckling pig on the table for FREE!
Jekyll & Hyde
Address: G18-G19, Empire Damansara, Jalan PJU8/8, Damansara Perdana, 47820 Petaling Jaya, Selangor.
Business Hours: 11am – 11pm (Off on Mondays)
Tel: 017 758 0005
Facebook：Jekyll & Hyde / Iniquitous & Molecule

Up Up!! Hot Air Balloons Up to The Sky!