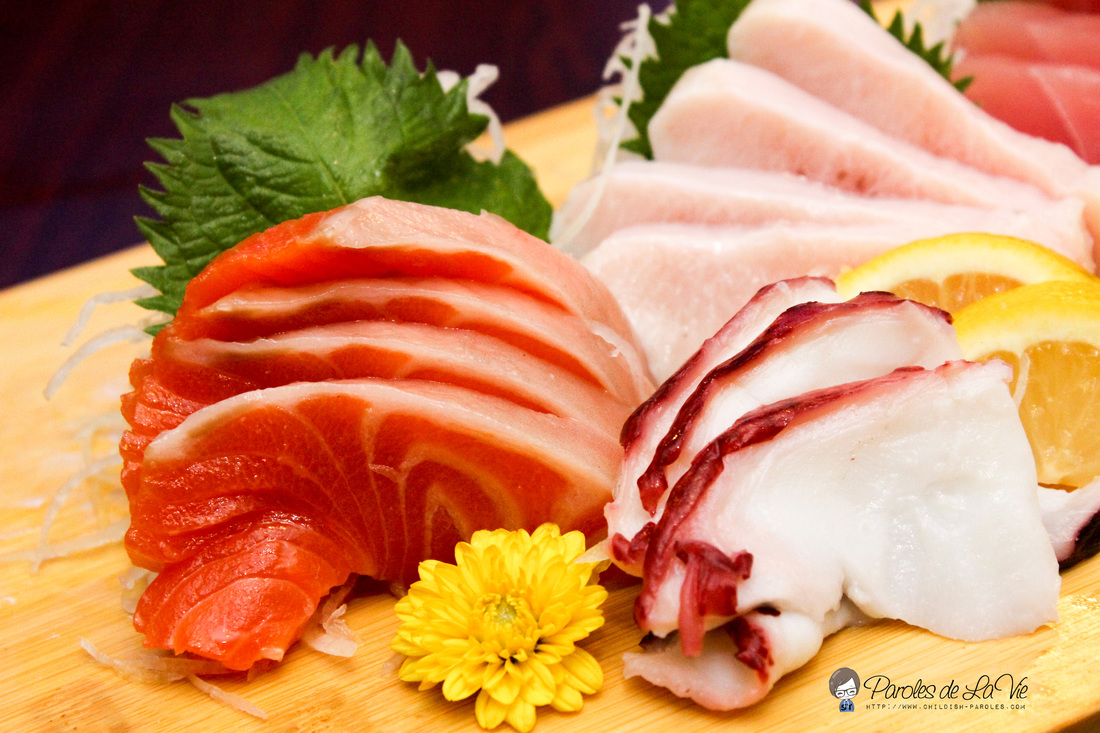 Yotsuba Japanese Restaurant is an izakaya (in Chinese “居酒屋“), in Japanese, it means Yotsuba is a casual place for after-work-drinking. It serves premium Japanese cuisine such as sushi, shabu-shabu and kushiyaki. 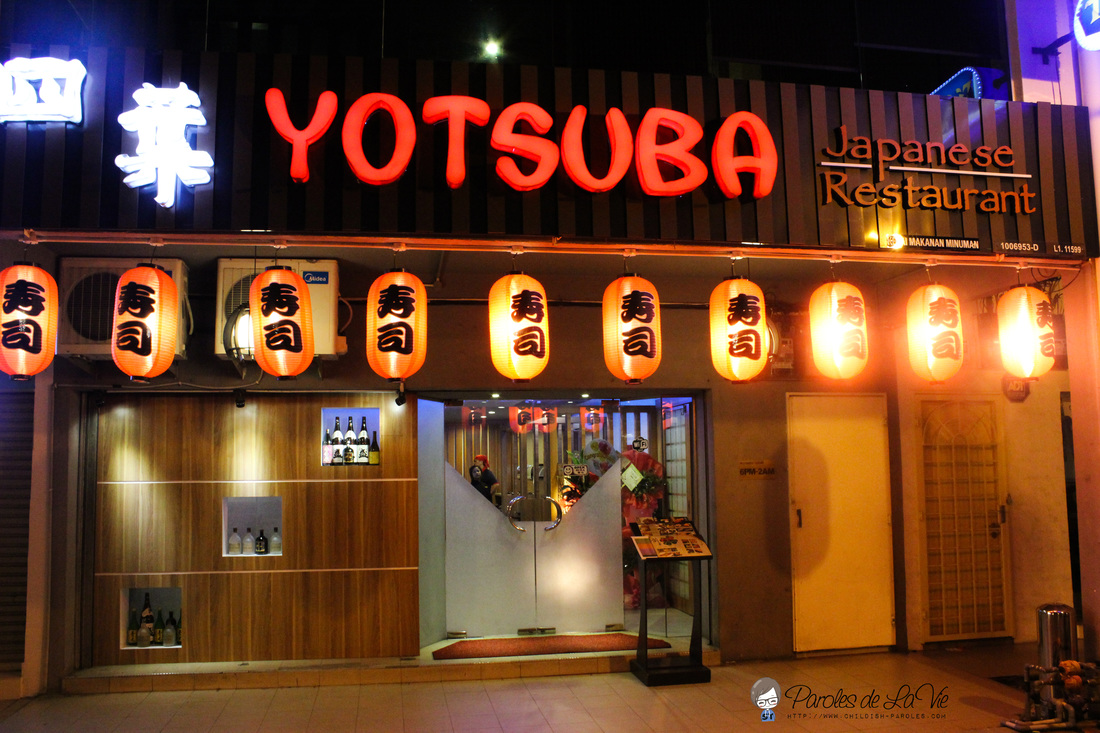 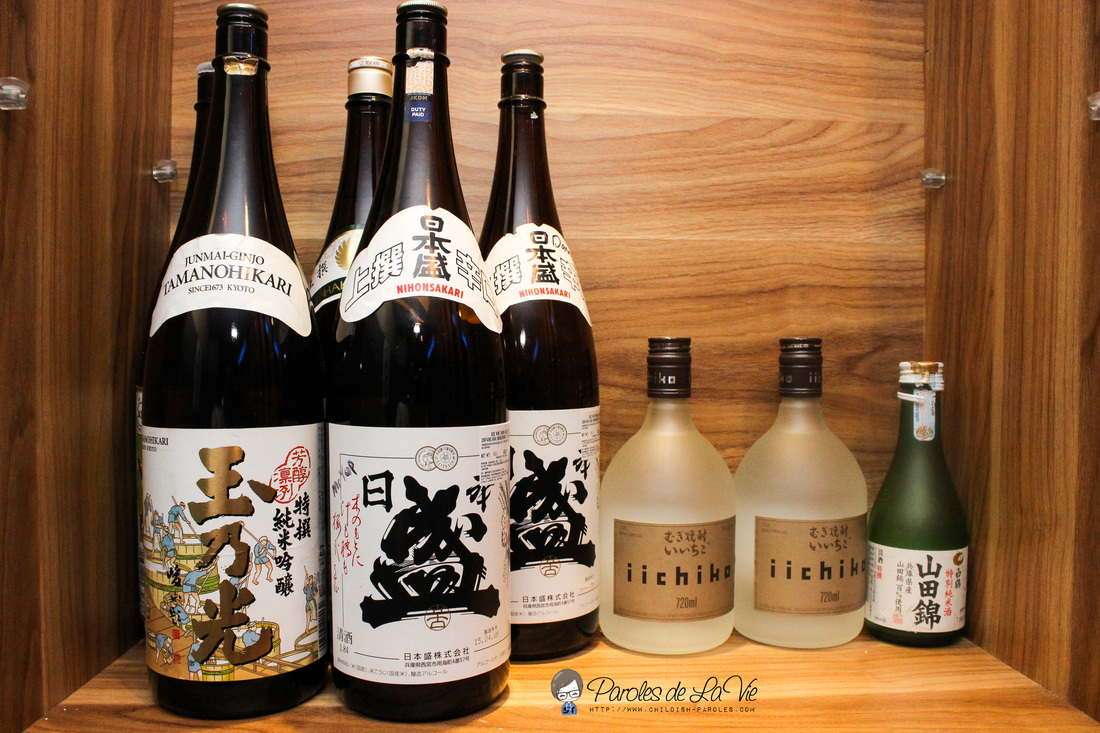 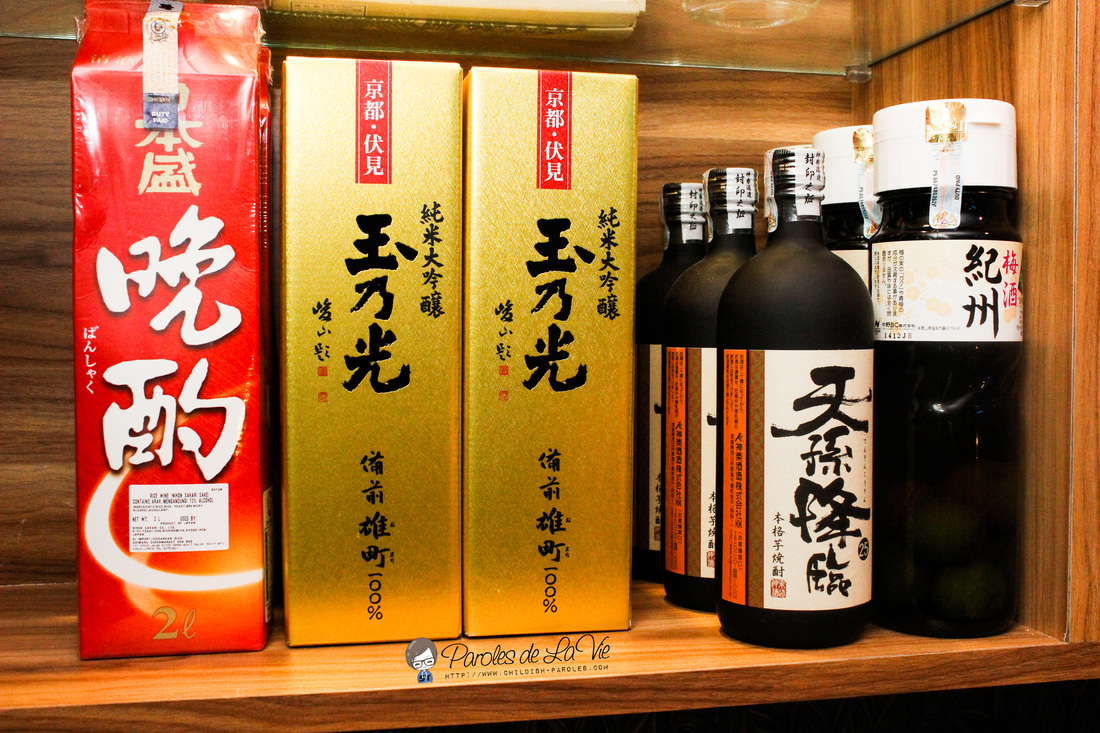 FYI, Yotsuba Japanese Restaurant has two storeys; nonetheless, they normally close the upper level unless there are crowd. I am not sure whether customer can reserve the upper level for event, but I personally think it is suitable for mini party. The interior design is a combination of Japanese and modern feeling. 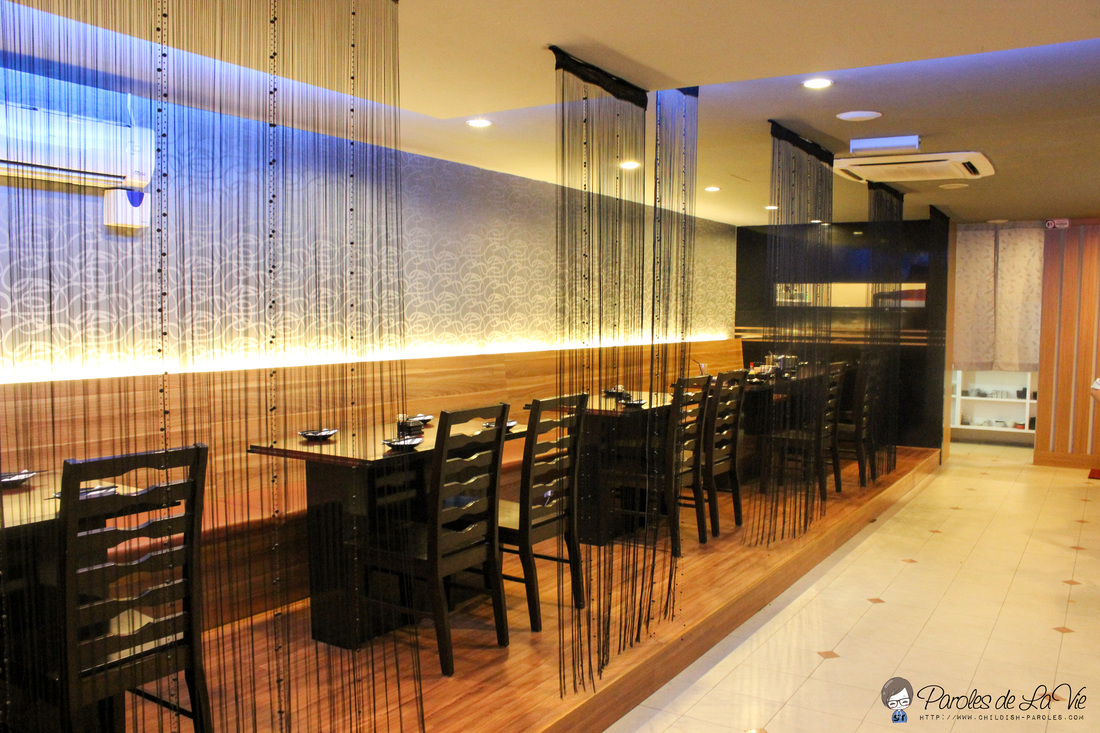 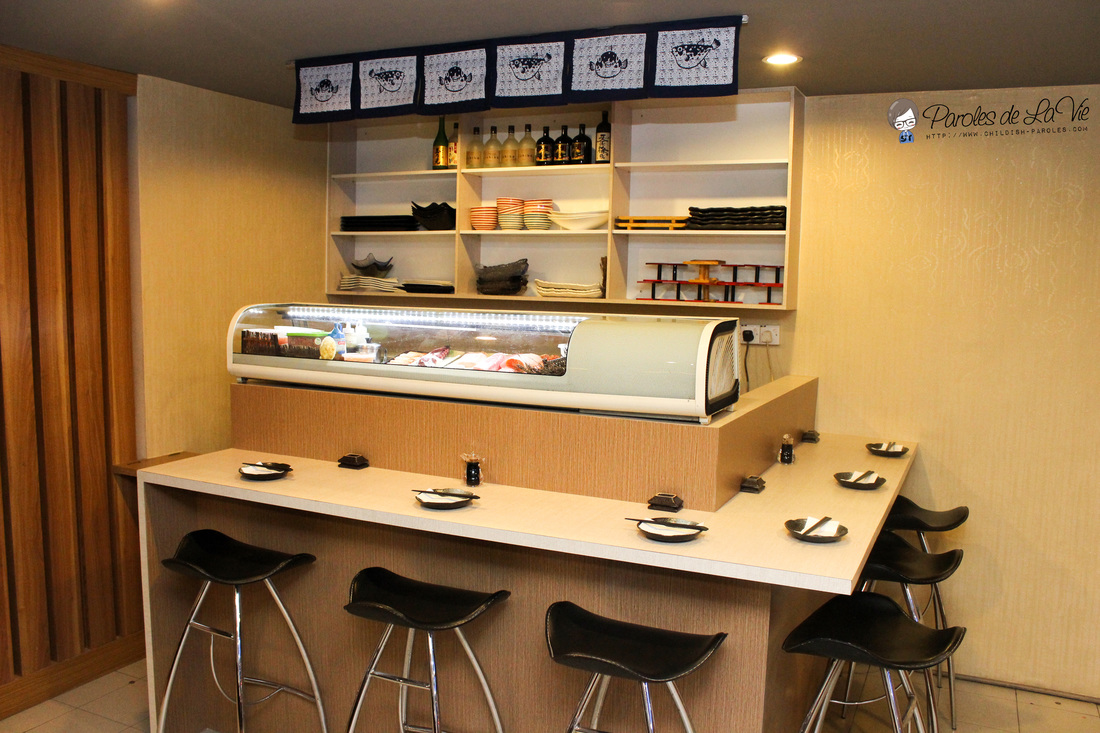 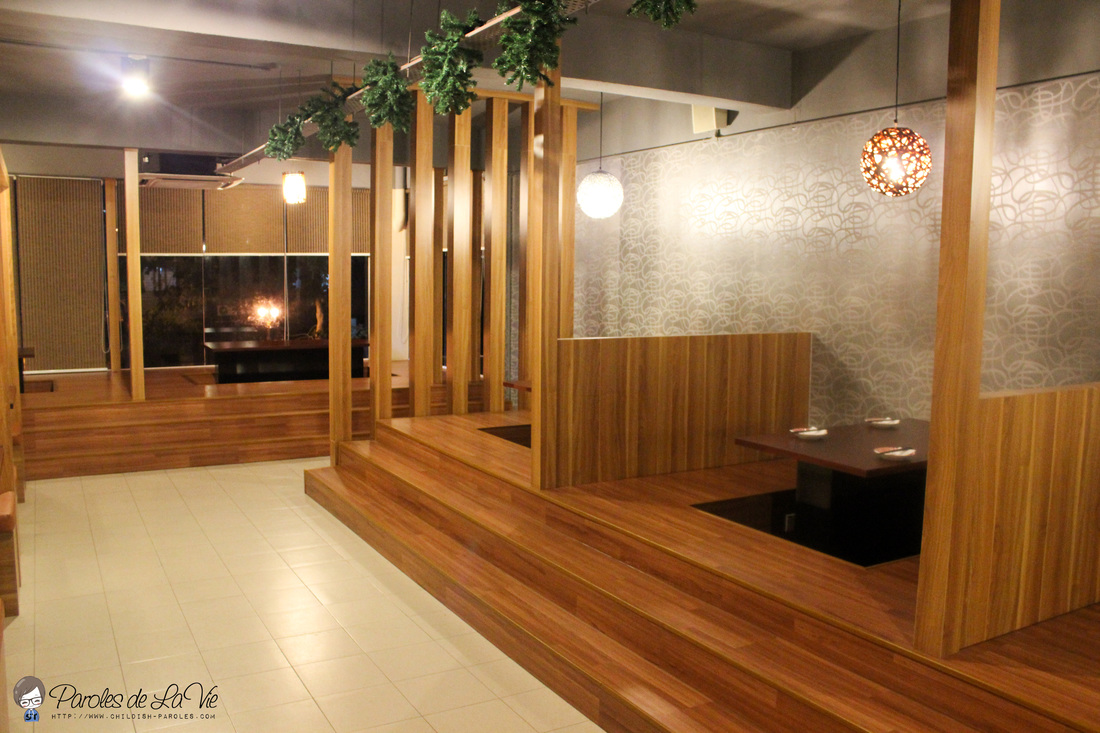 First floor
As said, Yotsuba serves wide variety of Japanese cuisine, we tried the kushiyaki (grilled meat) in the first place. We had few different types of kushiyaki served in one plate. All were heavenly tasty, all meats were well-marinated. 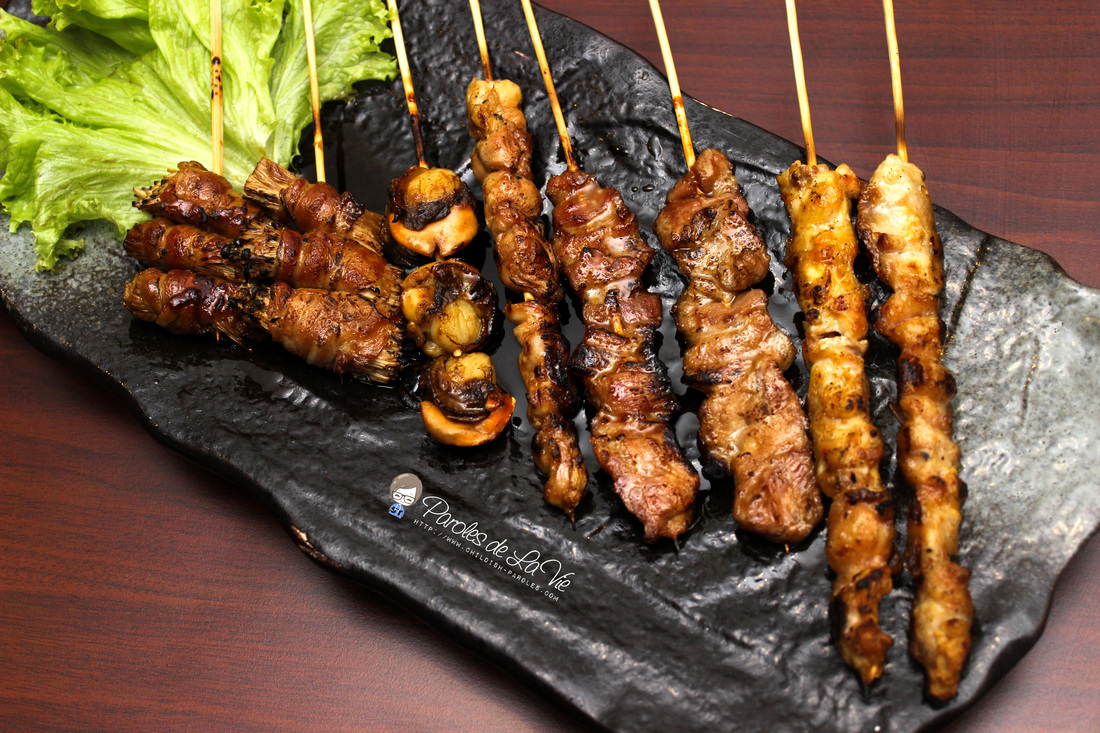 Kushiyaki Set
Coming next, we had their seafood ishiyaki. The prawn and squid were fresh, no fishy smell when eating. The ishiyaki sauce was perfectly matched with the seafood, we love that a lot. BTW, most sauces in Yotsuba are prepared by their chef. Thus, all tasted different from the ready-made sauces. 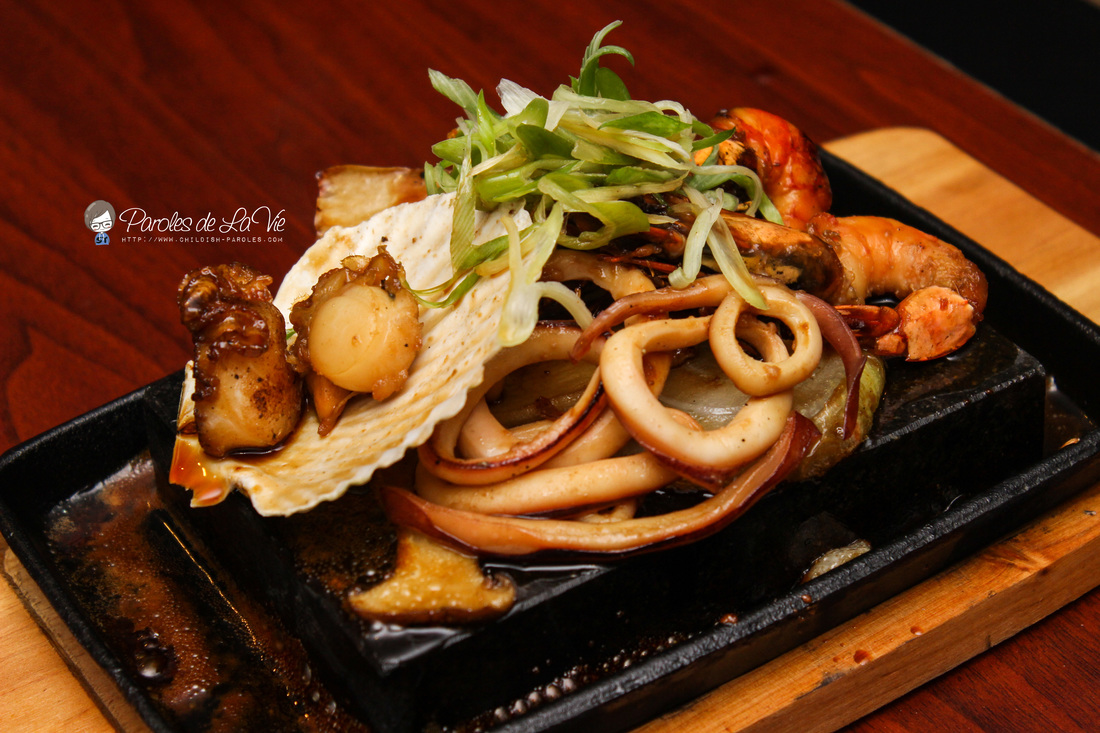 Seafood Ishiyaki
Meanwhile, we were waiting for our shabu-shabu. Yotsuba offers 4 soup bases; but too bad i forgot what the name of the soup. It tasted similar to herb soup. If you prefer to stimulate your tastebuds with spiciness, you can go for their hot and spicy soup bases which you can ask for suggestion from the chef. And also, you can request for special spicy level which suits you. 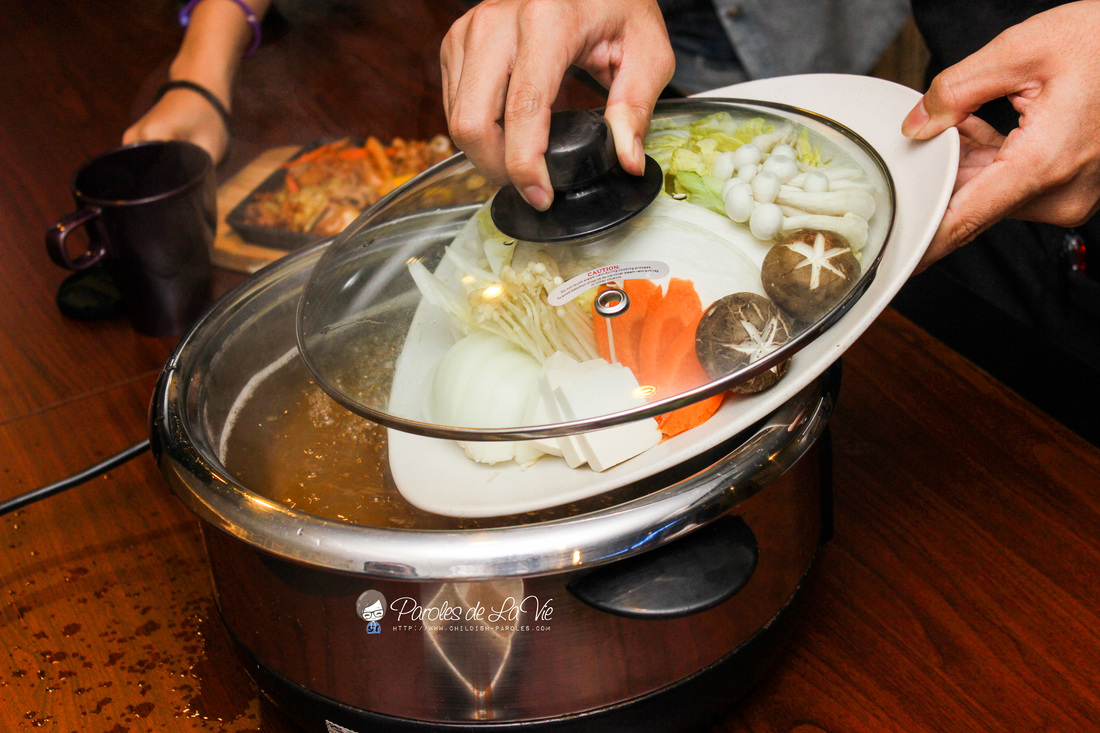 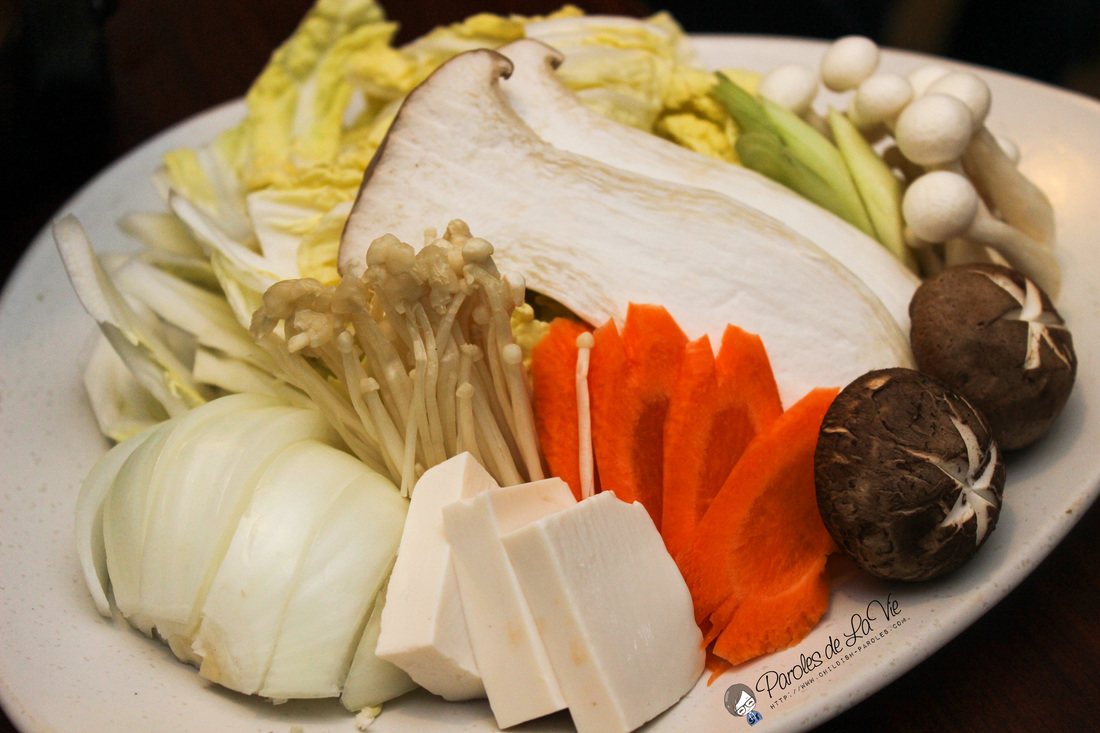 Not forget to mention, Yotsuba does not serve chicken. Thus, their shabu-shabu only has the choice of pork or beef. The slices were thin, few seconds after putting it into the shabu-shabu pot, the slice was ready to eat. Again, it was a perfect match with their homemade sauces. 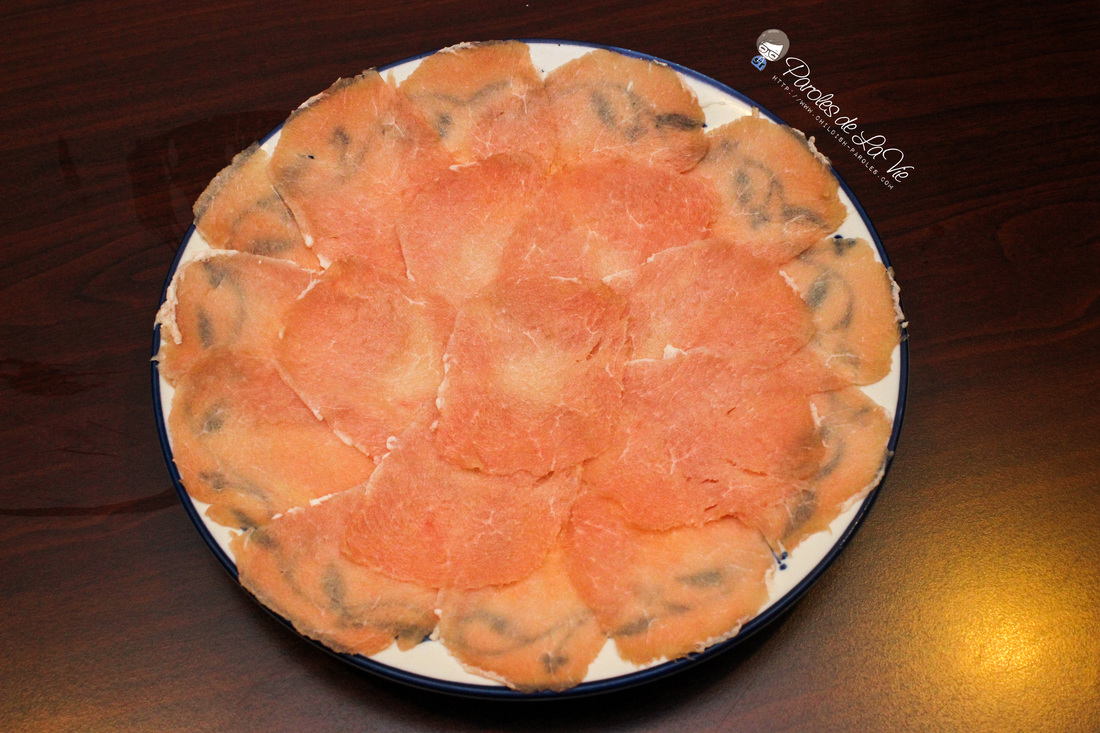 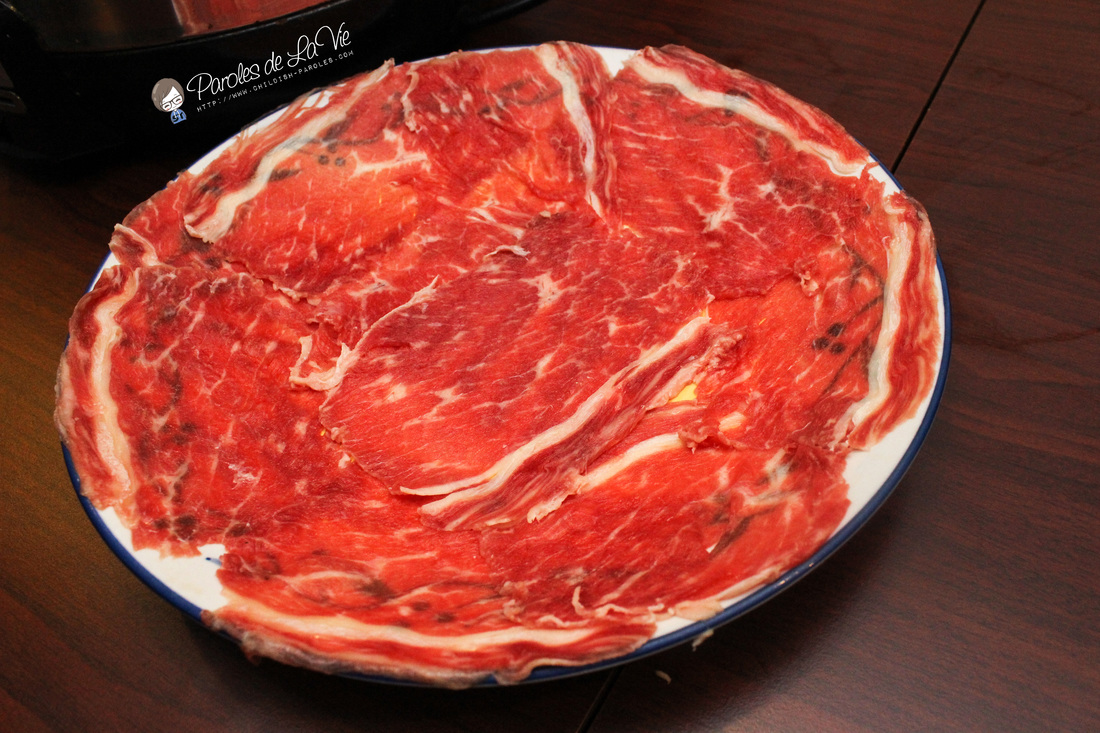 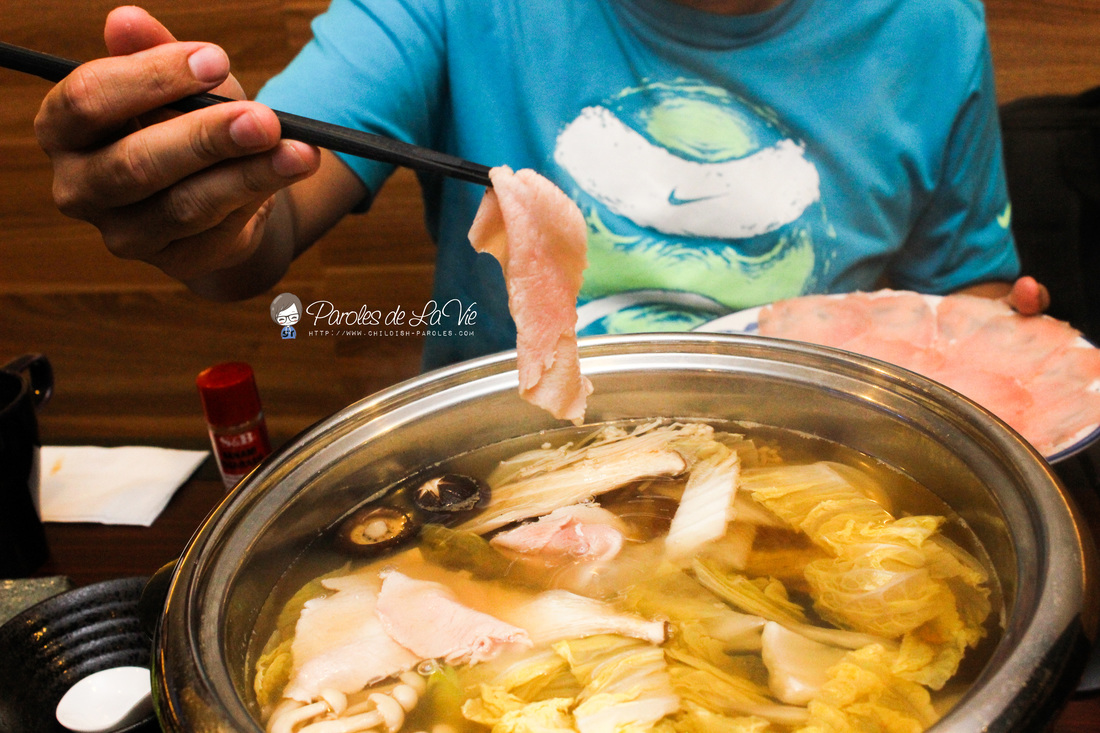 Of course, we wouldn’t leave without trying any sashimi and sushi rolls. For sashimi, you can order as per menu. Alternatively, you can actually request them to personalised a sashimi combo according to your preferences. We had our combo which was visually gastronomic; at the same time, every piece of sashimi was fresh according to Danny. 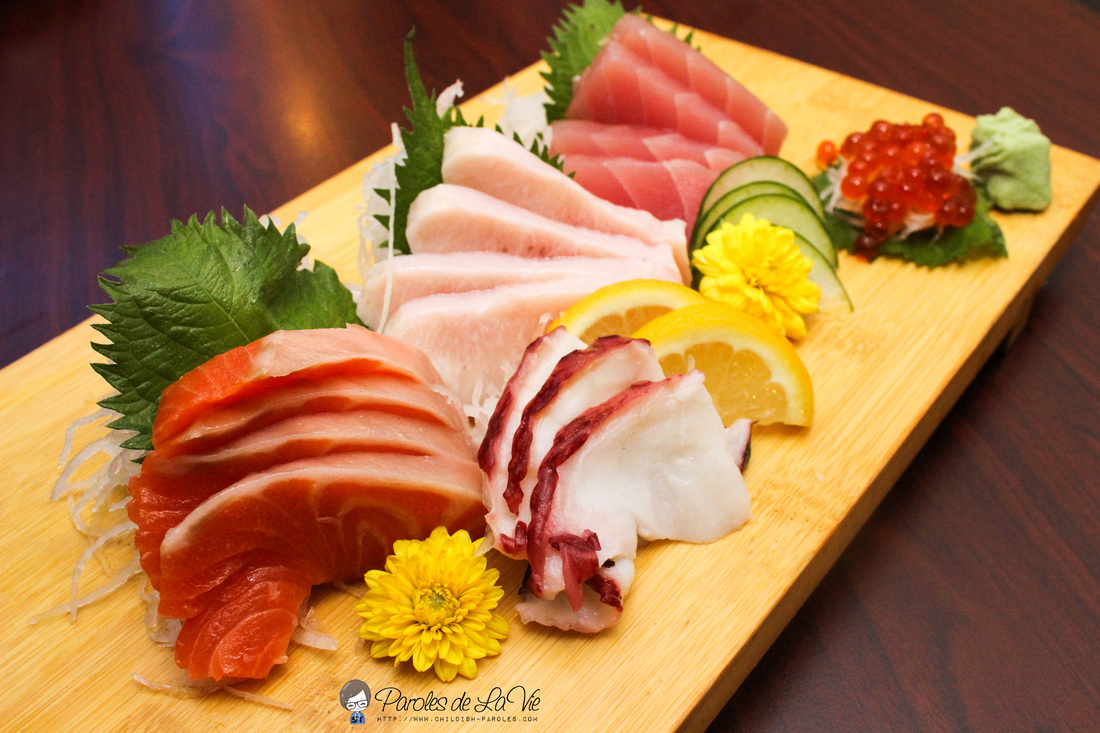 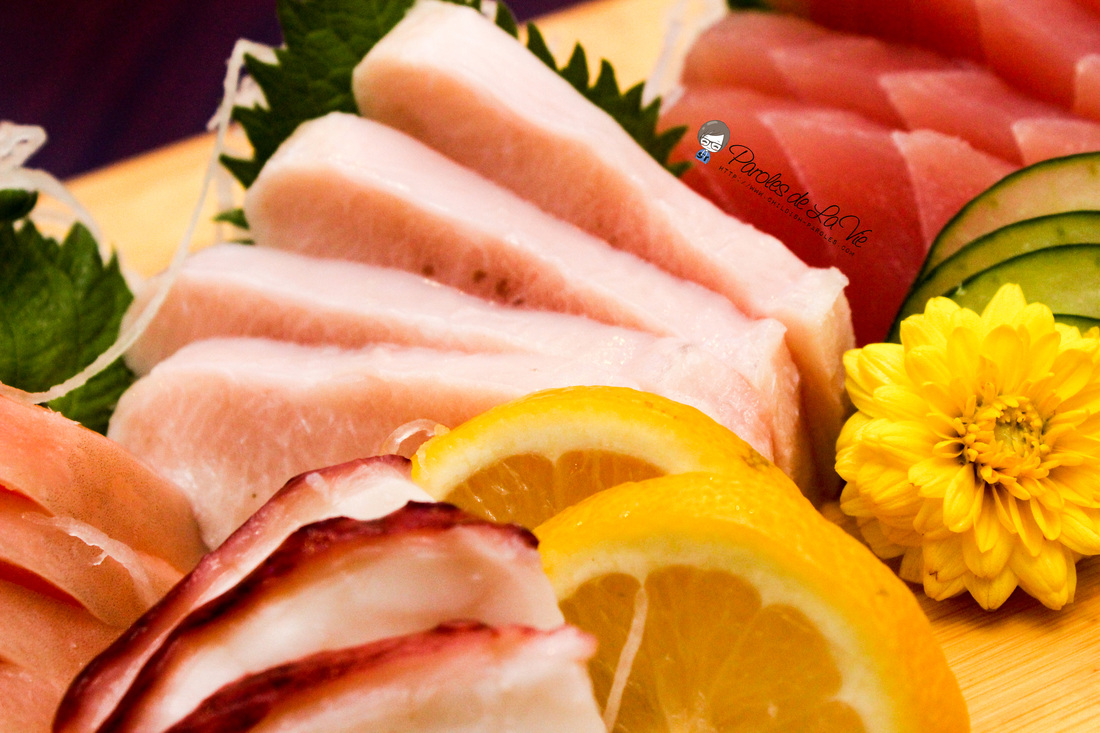 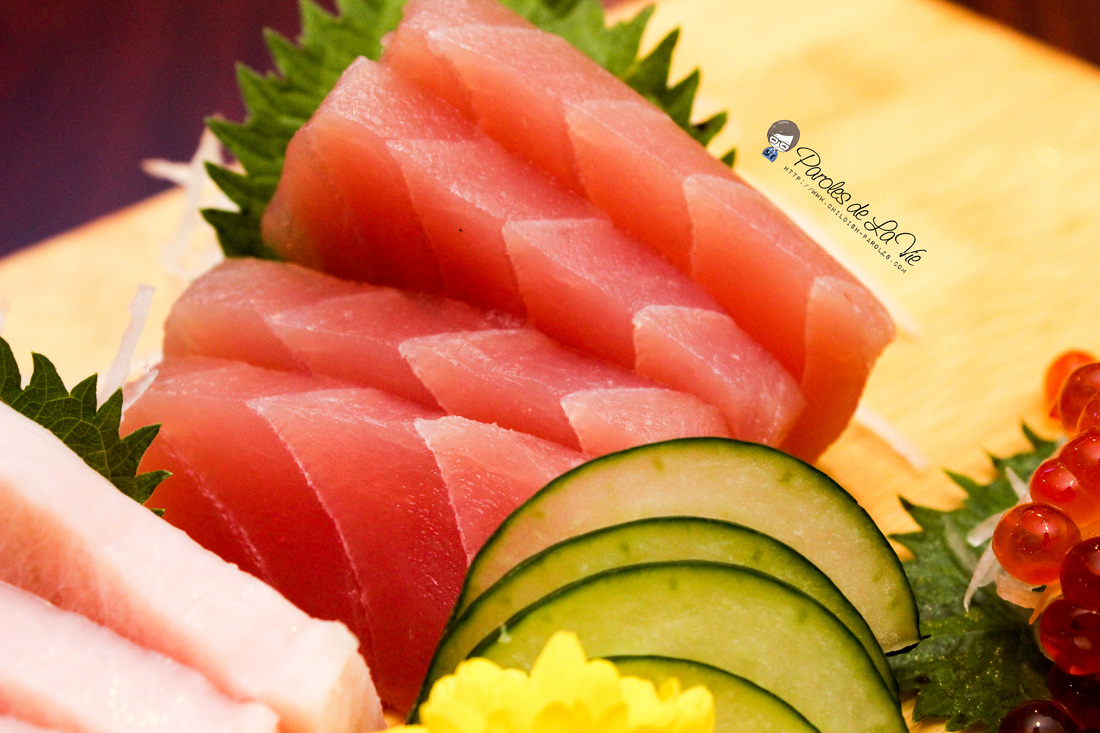 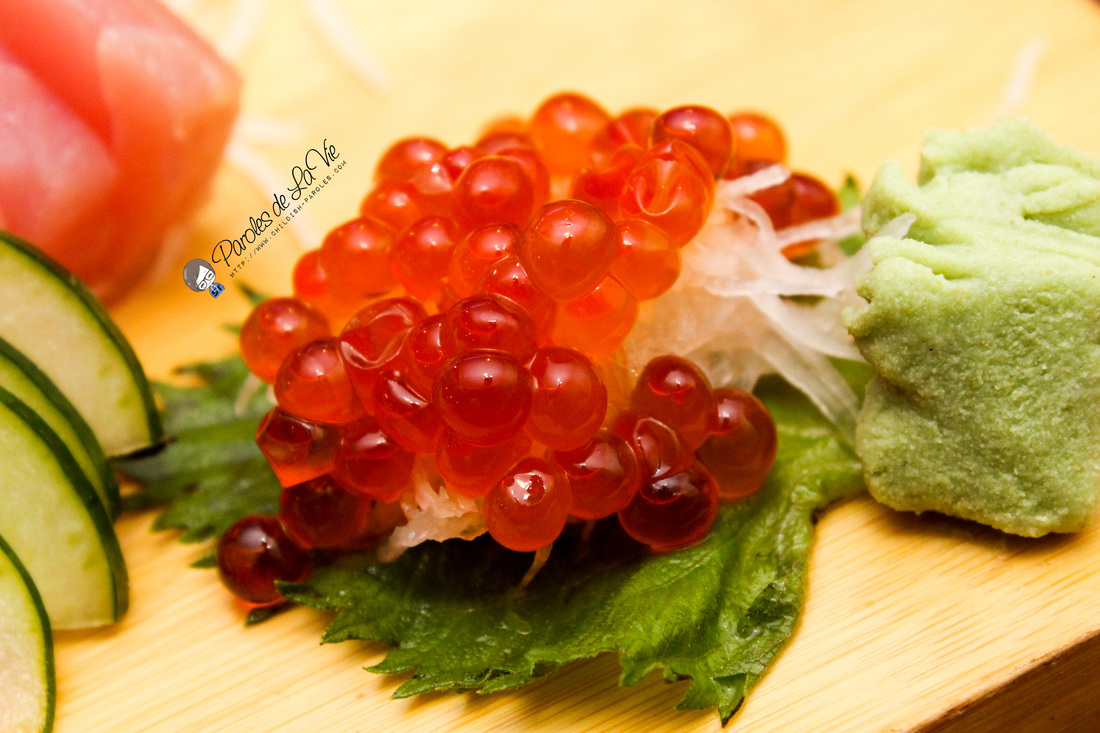 For me, I am a Tamago sushi roll fan. So, I got myself Tamago sushi. I was surprise with the color of their Tamago. It was not in yellow. Due to curiosity, I asked the chef why it look differently from the others. And he told me this is the actual color of Tamago; the more bright and good-looking tamago, the more preservative ingredients it contains. So, if you also love this sushi roll like me, you would have to beware of the tamago you are eating. 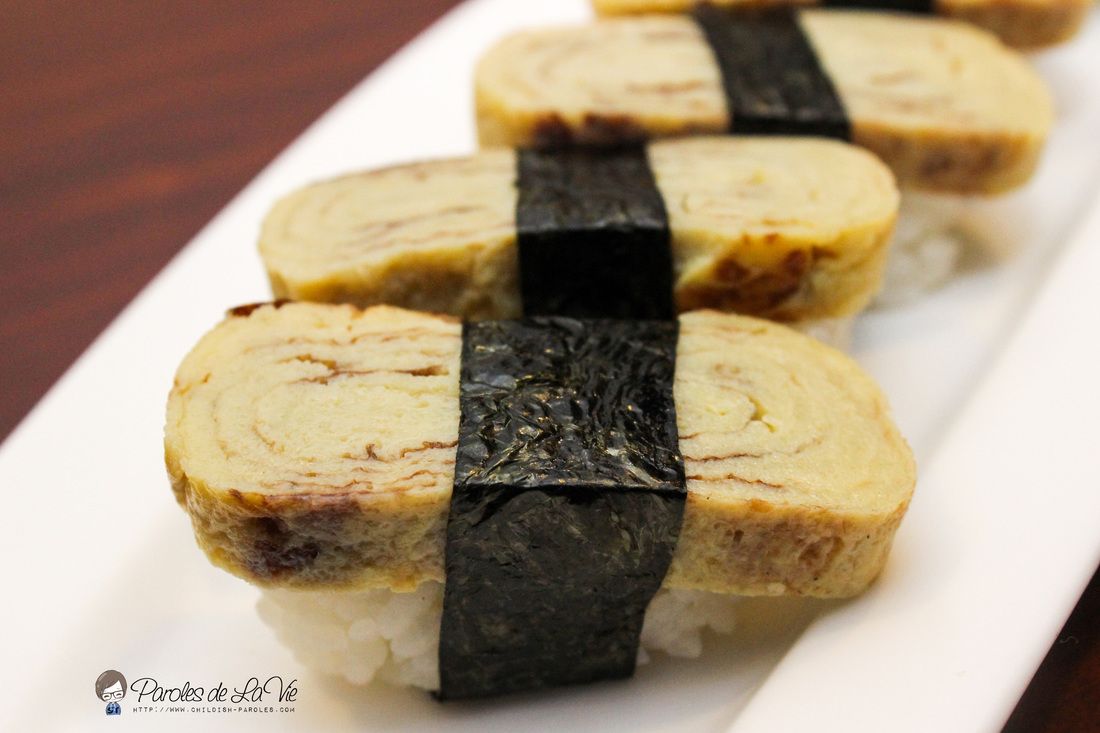 All in all, Yotsuba Japanese Cuisine is an izakaya which serve wide variety of Japanese food. Their menu has a lot of delicacies; yet, we were not able to try all. This round, I didn’t attach the price because most dishes were customised based on our request. However, I swear the pricing was reasonable and affordable. If you have never been to Yotsuba Japanese Cuisine, feel free to drop by there anytime with your friends and family. The boss is really friendly. If you have any question or special request of the food, try talk to them so that they can serve you the best of the best.

Tips To Increase Your Property Value