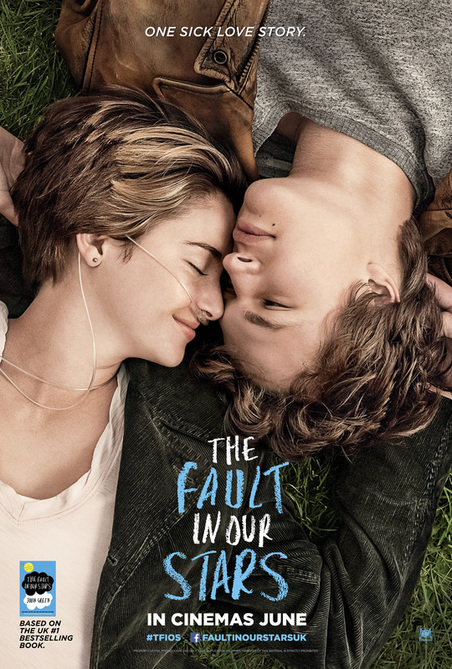 Synopsis
Hazel and Gus are two teenagers who share an acerbic wit, a disdain for the conventional, and a love that sweeps them on a journey. Their relationship is all the more miraculous given that Hazel’s other constant companion is an oxygen tank, Gus jokes about his prosthetic leg, and they met and fell in love at a cancer support group.
Most people know #TFIOS is a novel by John Green,
then, it was being filmed by Josh Boone early this year.
I think you all know, when a novel was being filmed,
film cannot interpret as detail as book does.

I heard people say, “prepare tissues before watching.”
I followed, because I think I will need it too.
But, I didn’t even have a drop of tear.

Still, this movie inspired me;
with its original quotes from the novel.

One of the quotes I love were these sentences Augustus said.
What’s the most important?
That’s “I’m in love with you!” 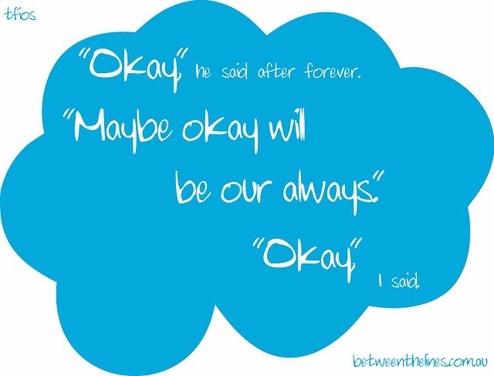 And also, this quote above reminded me the couple’s “morse code”.
But, it dies when the story ends.
Nevertheless, it doesn’t mean you forget it then.

Basically, this movie is great because of Shailene Woodley & Ansel Elgort.
Both played very well in their roles.
Especially Woodley, she acted as a teen with cancer who needs to carry an oxygen tank everywhere.
Her casting as Hazel made me thinking of person who experiences this in real life,
it isn’t easy for them to live “normal”.
Meanwhile, Augustus cast by Elgort told me that no matter how we look like a healthy person,
other cannot tell if we are truly healthy; except ourselves.
Still, even though we are healthy now, it doesn’t mean we are in the next second.
And, when we are not, it also depends on how we think of ourselves;
Grieve or not grieve?

In short, if you love romantic movie,
this film is not a bad option.
Its story is good, but personally think the novel is more exciting.
Many of my friends are saying they want to watch because the novel is great.
So, my advice, if you yet to read but you have planned to read the book,
DO NOT watch this film, I think it will spoil your intention of reading it.
But, if you are desperately want to watch TFIOS in this coming 17 July,
just go ahead!
Be prepared to be inspired by the conversation between Hazel and Augutus.