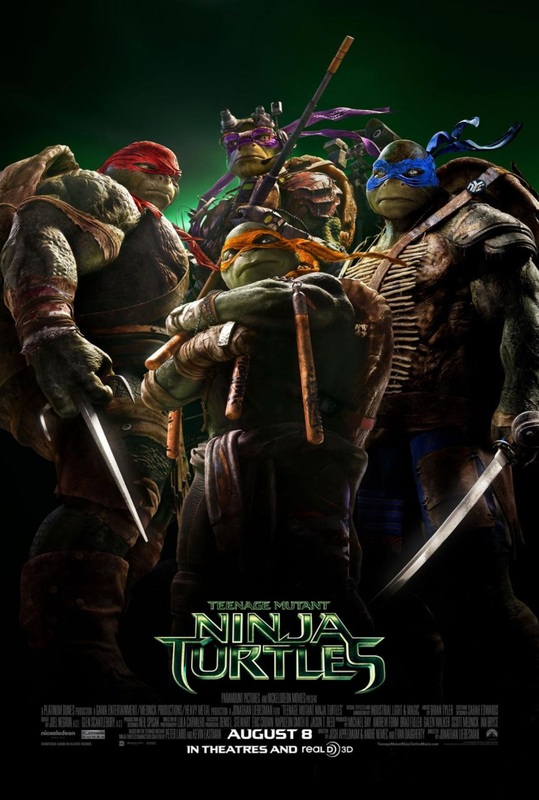 Synopsis
Darkness has settled over New York City as Shredder and his evil Foot Clan have an iron grip on everything from the police to the politicians. The future is grim until four unlikely outcast brothers rise from the sewers and discover their destiny as Teenage Mutant Ninja Turtles. The Turtles must work with fearless reporter April O’Neil and her cameraman Vern Fenwick to save the city and unravel Shredder’s diabolical plan.
I read plenty of reviews saying it is suck TMNT franchise;
no plot, meaningless, not a original story of it etc.
But, for me, I think every movie,
although it is franchise, it has its own story.
Nevertheless, I won’t say it is a very good film too.

Normally, the villain in movie wanted to take control of a city or the world,
their point of view is to make a “better” or wonderful city of their own.
But, I think Shredder in TMNT 2014 think differently;
no other visionary thought, but he just wanted to own the world.
Whilst, Eric Sack who supposed to work for Shredder, portrayed he is the boss of Shredder.
For me, the character of Shredder in TMNT 2014 is under-developed.

How about the turtles?
With the CGI technology, no doubt, the visual is better than the past.
However, it doesn’t look like a teen.
They are super huge!
Personally feel the core of TMNT 2014 isn’t on the ninja turtles,
yet, April O’Neil, who was their host.
I kinda like it began with the comic scene,
yet, sooner when it is in the real life scene,
the focus is not much on the turtles.

Overall, to certain extend, TMNT 2014 is still entertaining the audiences.
However, I didn’t think it is  better version than the past franchises.
The cartoon version have a better story than it.