I Am Sin Yee
Home English HJ Sharin Low Seafood Restaurant @ Bukit Antarabangsa
Share
Tweet
Share
Pin
Share
Remember before Raya, I shared a foodie post about Chinese Muslims Restaurant in Klang Valley. Some readers commented on the previous post, they would like to know more about this awesome eatery. Especially non-Malaysian readers, they felt fresh on this because they never know there are Chinese who is a Muslims as well. Therefore, here is a more detailed review on Chinese Muslims food at HJ Sharin Low Seafood Restaurant, Ampang. 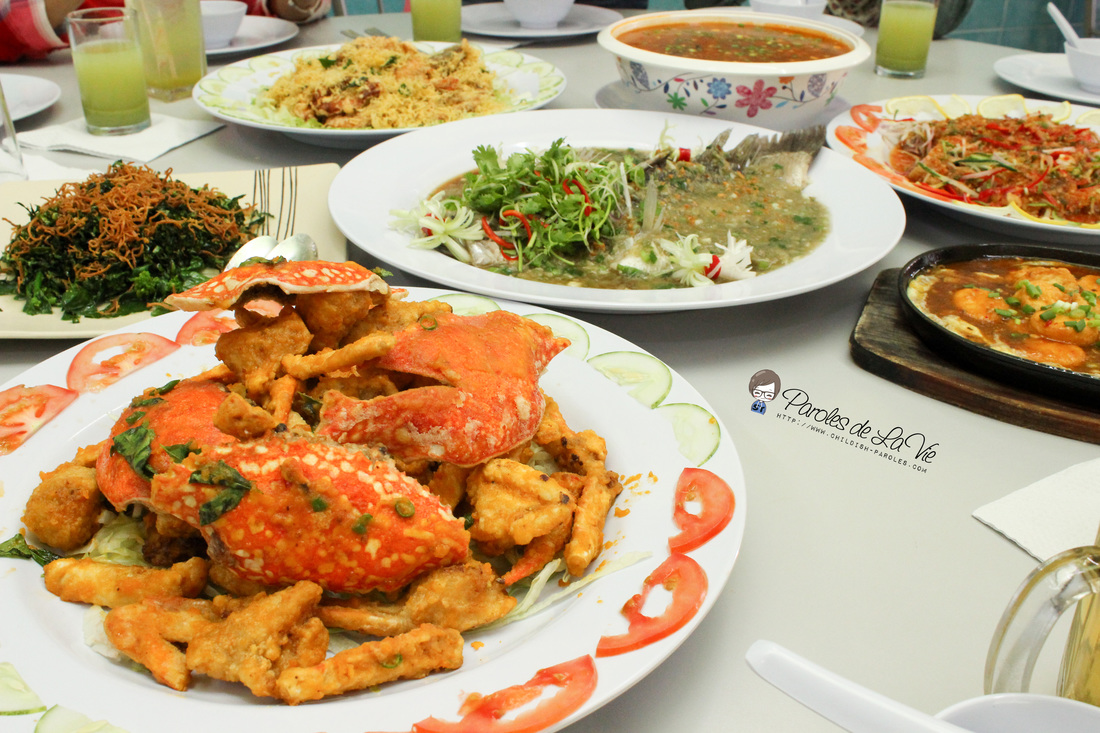 FYI, HJ Sharin Low Seafood Restaurant has few outlets. Danny and I went to their HQ at Ampang. To be honest, it is truly far! But for good food, we are willing to go. Serving fresh seafood with Chinese cooking style, HJ Sharin Low Seafood Restaurant is 100% suitable for Muslims. Thus, it is the best option if you would like to bring Muslims friends to try Chinese cuisine. 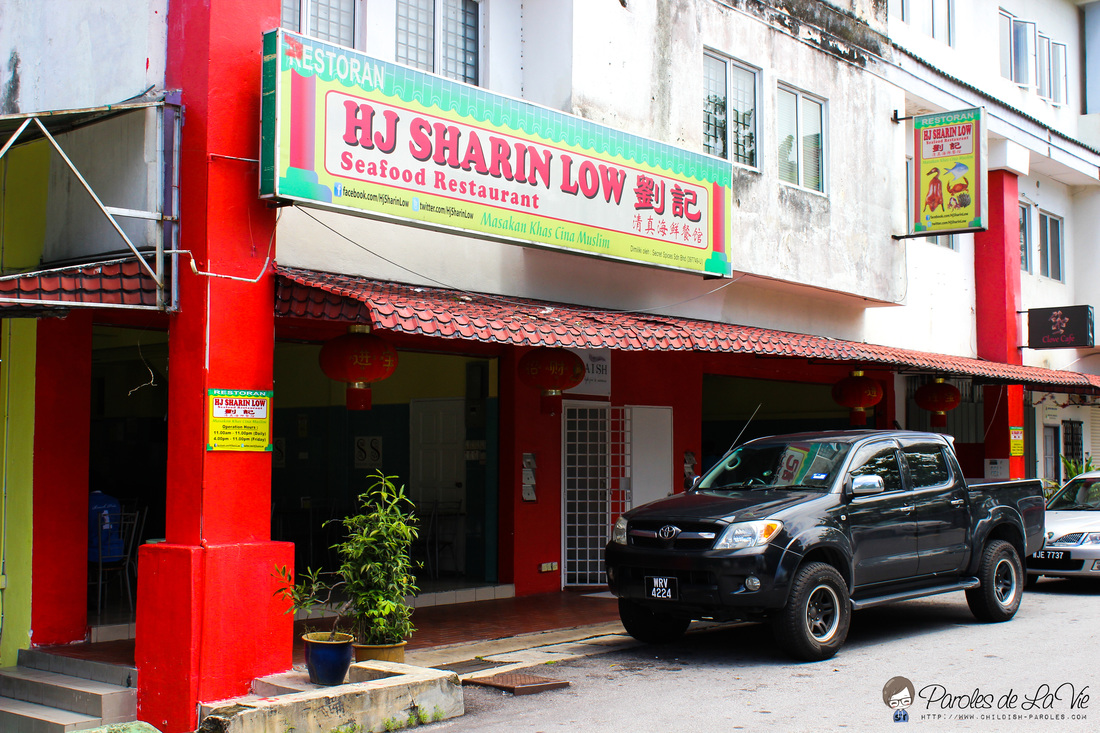 Getting there was not difficult; yet it is located at the shop lot which is surrounding by houses. Thus, coming to this place for the first time may a little curious when you drive along all housing area. Don’t doubt it, you are at the right track. HJ Sharin Low has a very wide dining place. Its interior design was as common as restaurant; however, I love this place simply because it is ventilated and windy. 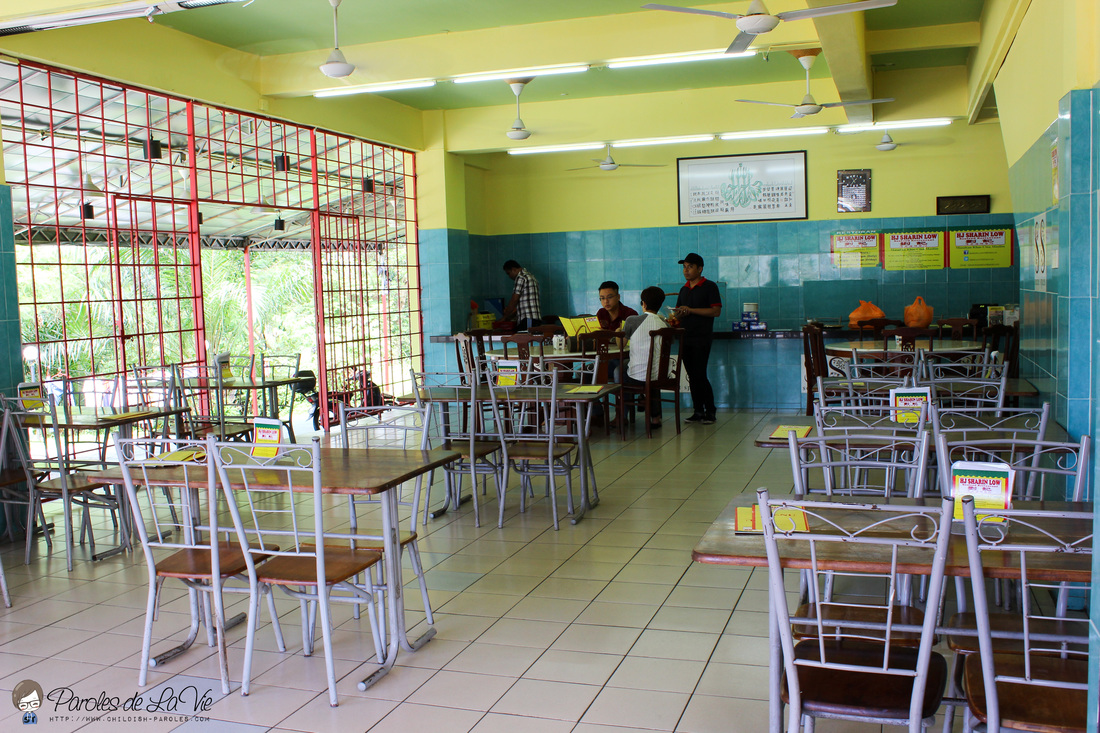 A plate of mouth-watering Udang Butter (a.k.a Butter Prawn) was served to kick start our lunch. The buttery sweet-smelting smell was enough to make our stomach drooling. The prawn was fresh and it tasted heavenly delicious with the butter. However, the shell was not peeled off before frying. Hence, we couldn’t taste a strong butter paste on the prawn. We tried to eat with shell, it was crunchy, but it wasn’t recommended. 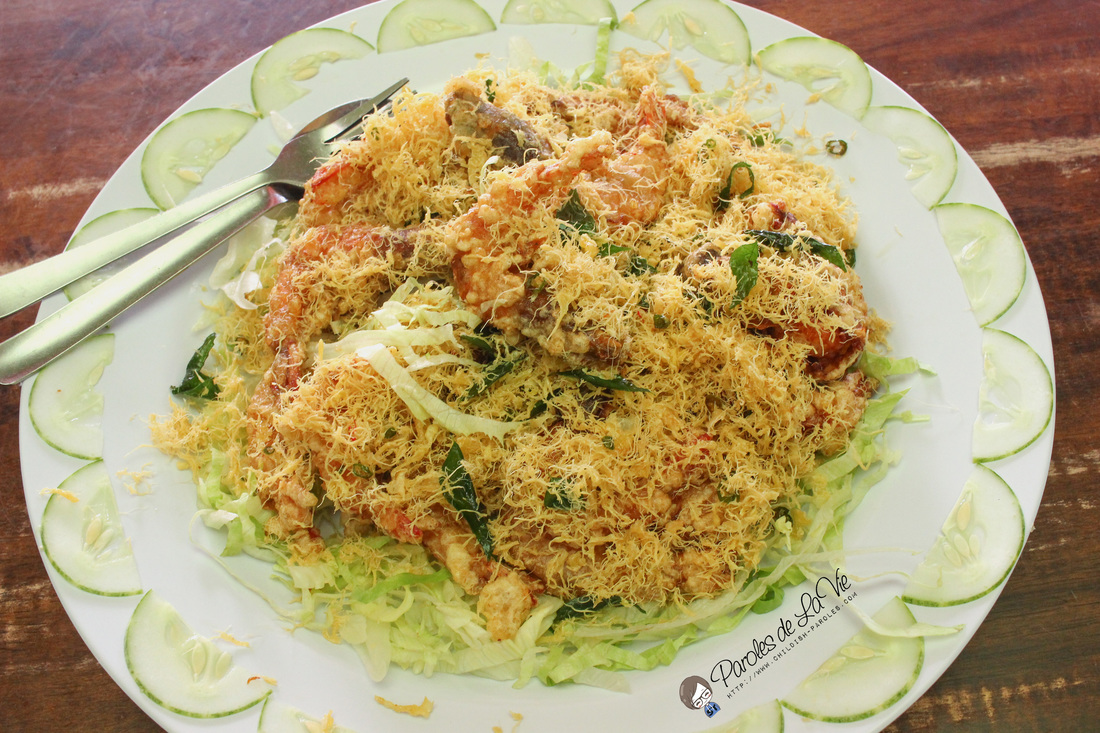 Udang Butter @ Small RM19, Medium RM28, Large RM50
Coming next, we were served with this green vegetable HK Kailan Ying Yong. I wasn’t too sure what was that crispy fried embellishment. But I loved to chew it together with the vegetable. 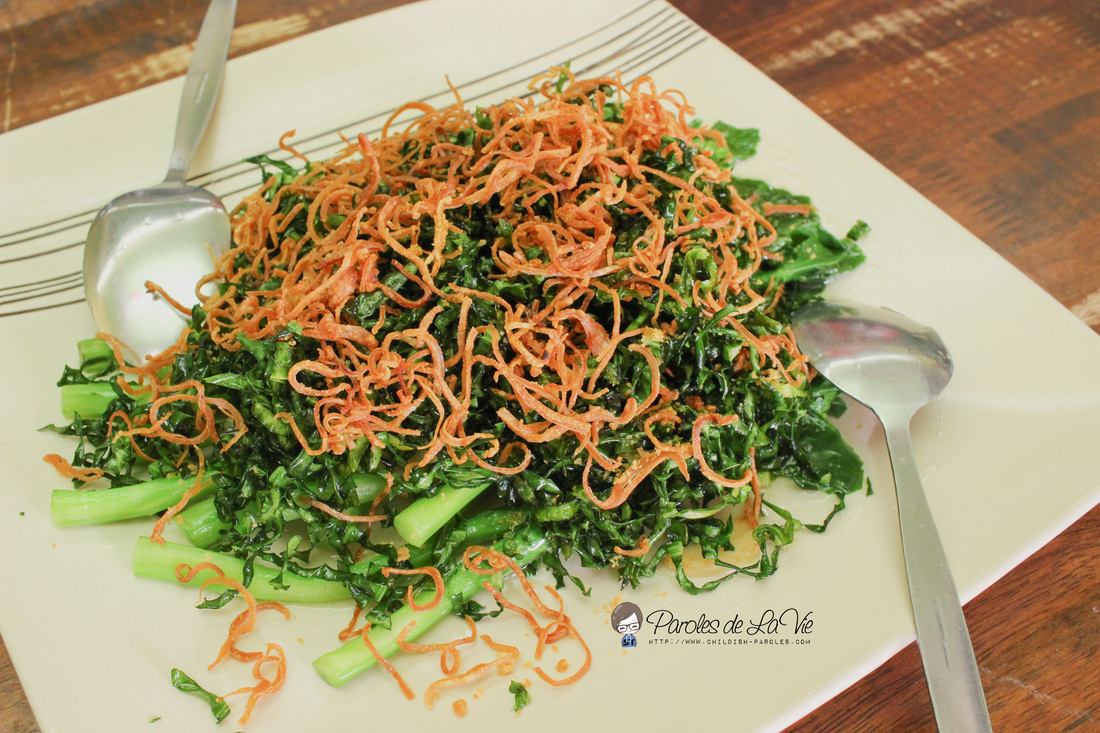 HK Kailan Ying Yong @ Small RM15, Medium RM18, Large RM25
Look at this reddish Ayam Rasa Thai. Visually felt so hot and spicy. However, with the sour taste, it had diluted the spice on it. The bone wasn’t removed from the chicken, be careful when you are eating; especially if you are giving to the kid. 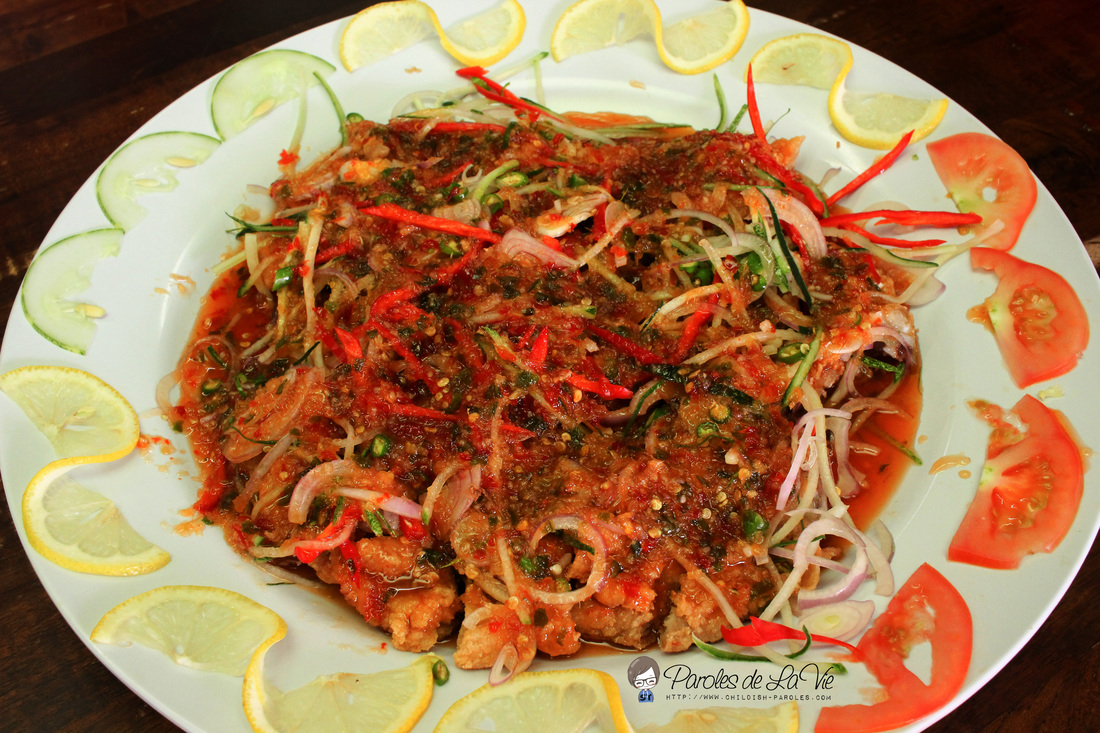 Ayam Rasa Thai @ Small RM15, Medium RM25, Large RM36
A very typical Chinese food – Hotplate Taufu Jepun is my all time favorite. Taufu was soft and the sauce was just nice.  When it was freshly brought out from the kitchen, the soup was still look like cooked on the wok. It was super hot. 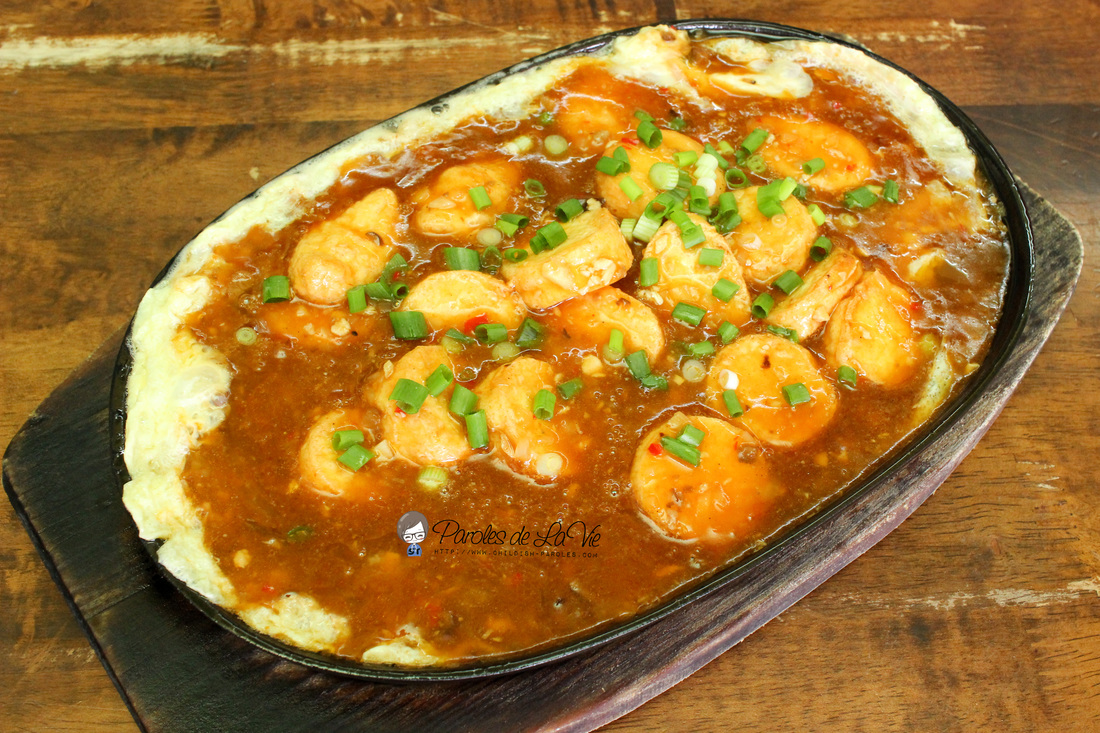 Hotplate Taufu Jepun @ Small : RM12, Medium RM 20
My favorite dish of this dining was this Si Chuan Soup. This is one of the signature dishes of HJ Sharin Low Seafood Restaurant. It was my first time trying Si Chuan Soup. Before that, I knew the traditional Sze Chuan food was well-known with its hot and spicy taste. I was curious whether I can take this soup or not. Surprisingly, it wasn’t as spicy as I think. I had three big bowls of it. It was best to eat together with rice. You can treat it as sauce too. 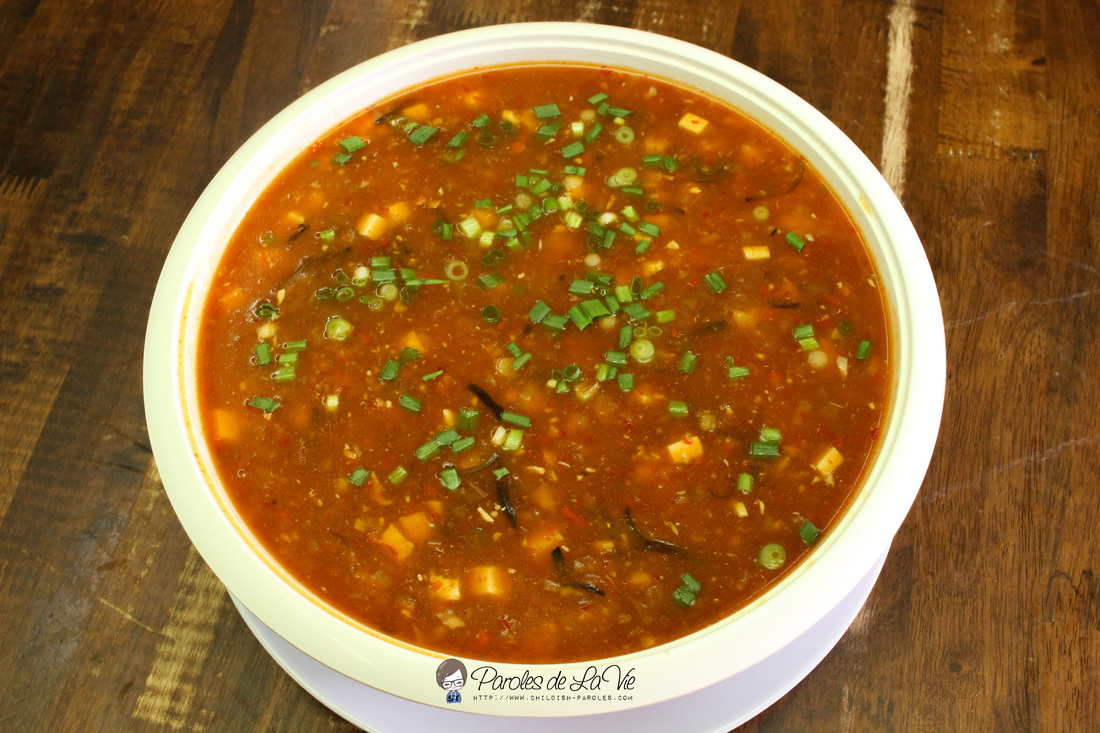 Si Chuan Soup @ Small RM10, Medium RM16, Large RM22
Meanwhile, another signature and also the most craving food of the entire eatery was their Ketam Telur Masin (a.k.a Salted Egg Crab). Normally, we will have sweet and sour crab because it has sweet and sour sauce. We won’t feel dry when eating the crab. This salted egg crab told us we were wrong. With the salted egg was penetrated into the flesh. Without the thick paste served, the crab was still appealing and appetizing! 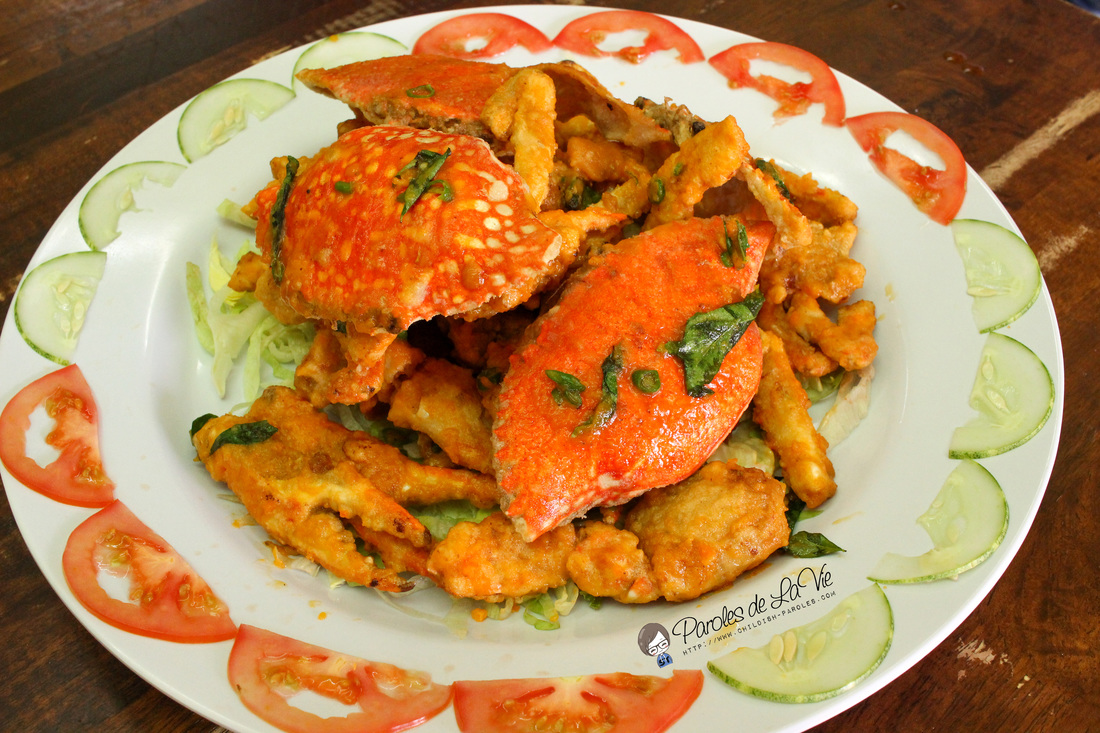 Ketam Telur Masin @ Small : RM50, Medium RM75, Large RM100
The finale dish of the day was Ikan Siakap Stim Halia. Unlike our Chinese steamed fish, HJ Sharin Low minced the ginger and make the paste to steam the fish. And hence, it became more flavorful compared to the steam fish with ginger slices.  If you love the ginger paste, you can mix it on the rice and eat together. Meantime, the flesh was soft and fresh. 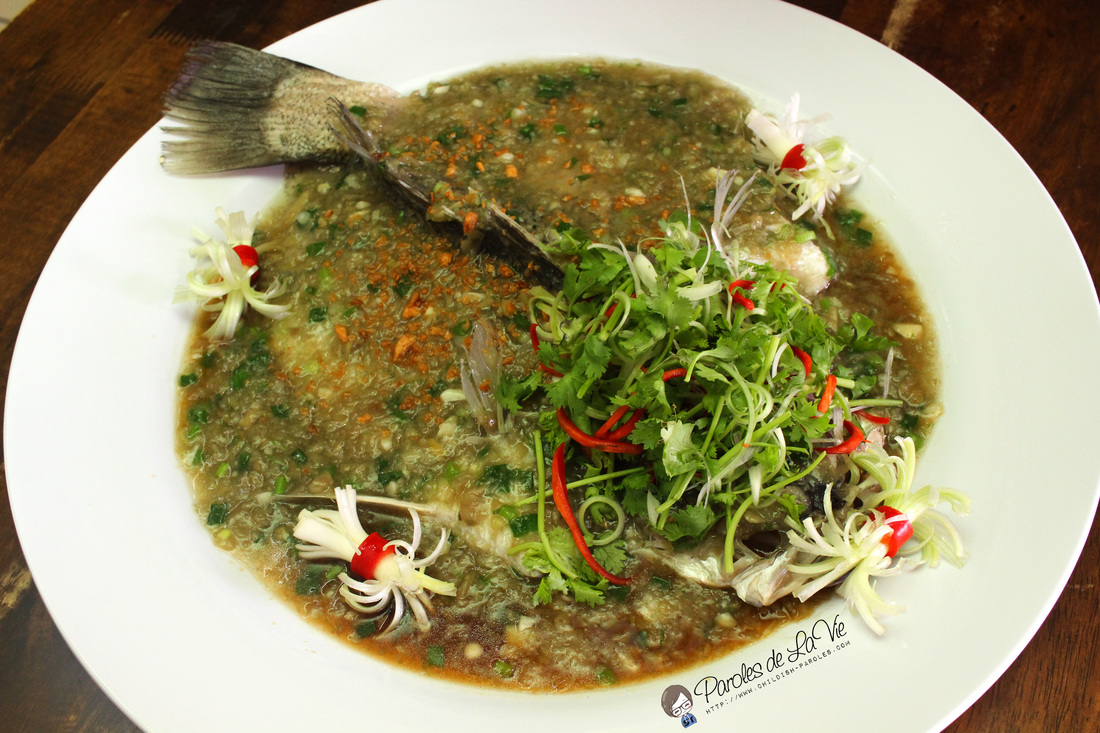